"The Spectacular Now" screenwriters Scott Neustadter and Michael H. Weber have become purveyors of coming-of-age films, and they wouldn't have it any other way.

"I have discovered in every single thing we've done, be it broad comedy versus teen drama, they're almost all coming-of-age stories in their own way," Neustadter, who also co-wrote the upcoming adaptation for "The Fault In Our Stars" with Weber, told HuffPost Entertainment. "It's people having their eyes opened by a relationship they come into contact with, and that makes them see themselves differently than they did before. I don't know what that says about us, but certainly the underlying thread of all the things we work on is somebody comes of age at some point."

Added a joking Weber: "I think it says that we are incredibly immature."

Four years after breaking through with "(500) Days of Summer," Neustadter and Weber are back this summer with "The Spectacular Now," an adaptation of Tim Tharp's young adult novel about an alcoholic high school student (Miles Teller) and the girl he falls in love with (Shailene Woodley). James Ponsoldt's film, which debuted at the Sundance Film Festival in January before bowing in limited release earlier in August, has received almost uniformly positive reviews for its honest portrayal of teen angst. (Even Oprah Winfrey is a fan.)

With "The Spectacular Now" expanding to more theaters on Aug. 16 before a nationwide bow on Aug. 23, HuffPost Entertainment spoke with Neustadter and Weber about the long road to getting the film in front of audiences, why it earned an R-rating from the MPAA and what they think about the criticisms levied at "(500) Days of Summer."

This film has gone through a lot of permutations over the last four years; Marc Webb was actually attached in 2009. Did you ever think it wasn't going to come together? Weber: There were probably more moments when we thought that it wasn't going to happen then we thought that it was going to happen. This thing was dead so many times, even as recently as early 2012.

Neustadter: Five years ago, this one started out as a really likely movie to go forward. It was a book that we got from Fox Searchlight, who worked with us on "(500) Days of Summer." We loved it. We said, "Let's see if Webb likes it and get the band back together and make another movie, real quick." Marc read it and loved it, and that's what we were going to do. We were going to make it together the following year [in 2010]. We even location scouted! We didn't have any cast, but we were ready to rock. Obviously some bigger movies came along and things changed. Once that happened, Searchlight was good enough to give it back to the producers and us and say, "If you guys can make it, go with God." At that point, honestly, it was much easier to sell "From the team that brought you '(500) Days of Summer'" than to set up an R-rated dark teen drama -- the type of film that they used to make inside the studio system. We thought it wasn't going to happen. It went from a sure thing to an impossibility.

You had to know this was a good script. Does that make it even more frustrating? Neustadter: We wrote it, we were proud of it, we thought it was really great, but I think we always understood that an R-rated movie in this genre was tough. What was exciting to us was how distinctive and unique it would be in the marketplace, but that's very much the reason why a studio would say they weren't going to roll the dice on it.

Weber: Recently, "Perks of Being a Wallflower" did so well. We're about to start shooting "The Fault in Our Stars" in a few weeks. It's nice that there seems like a wave of these movies that are making a comeback.

Did you think of cutting it down to PG-13 or doing anything to make it more palatable to studios? Weber: We flirted with the idea of throwing just one werewolf in, maybe around minute 45. Just a werewolf runs through. We knew that would get the cameras rolling so much faster.

Neustadter The lucky-slash-unlucky thing was that we had a teen movie that involved a lot of drinking. They can kill each other in the most graphic fashion, they can have sex with a pie or whatever, but if there's a beer, it's an automatic R-rating. That's the crazy thing we were dealing with. In a way, that was good for us. The idea was always to make it as authentic and real and true-to-life as we can make it about this age group. If you do that in a PG-13 way, they can smell that and then you're dead. We loved the fact that we had no chance to make this PG-13. There wasn't any way that it was going to work with all of the boozing. That freed us up to make it as legit as we could be. That's what kept it from happening as long as it did, but it's also why I think audiences are responding to it.

That's also helped by James' direction -- long takes, natural lighting. How much of that was in your script? Neustadter: It was pretty real on the page, but James brought it to an even more real place. That was always a mandate of his, and that's definitely something he brought to the table, which the two of us never really thought about.

Weber: We spent a lot of time on the words, but James brings a visual poetry to everything. It seemed like a really nice union in the end. We went through a long and crazy process to get to him, but we were really lucky because this, I think, is the best version of the movie.

Aimee is such a complex, smart, funny and flawed character. As guys in your 30s, was it difficult to write a believable 16-year-old young woman? Neustadter: I think we do our best and we got lucky with somebody like Shailene. She came in and said, "I'm going to kill this. I'm going to bring everything to the table." There is a lot of stuff in the novel, and a little bit in the screenplay, where Aimee is slightly more of a victim and has had a few more tragic things happen in her life. You kind of understand where she's coming from. Shailene was like, "Yeah, I'm not doing any of that. I don't want her to be a victim. I want her to be someone who has one foot out the door, and the reason why people consider her weird is not because she's particularly nerdy or a wallflower, but because she does her own thing and that's very threatening to a majority of mainstream high schoolers." We were like, "Yep. Great. Perfect. Wonderful."

You're working with Shailene again on "The Fault In Our Stars." Did you tailor the script to her strengths, having seen them first hand on "The Spectacular Now"? Weber: We didn't have to change the script much for her, but it helps that we have a shorthand. We talk all the time about these things, because now we've been to war together. She knows that there's always a dialogue with us on everything. It's just great to have that with someone and that trust is there.

Neustadter: The objectives are always the same. One of the things that's really nice about Shailene -- and it was this way with everybody on "Spectacular Now" -- was that we all knew what we wanted it to be, and if something wasn't feeling that way, we all talked about. "It should be X and it's Y, let's figure that out." With "Fault in Our Stars," Shailene's idea of what it should be is exactly what ours is. If she has a question about something, we talk about it. That it's based on a terrific book that she loves -- we all want to do justice to this piece of material. It's just a great thing that we're excited about.

The reactions to "(500) Days Of Summer" were strong on both sides of the argument: some people loved it, some people did not. Zooey Deschanel is still answering questions about her character to this day, even though the movie came out four years ago. I assume you want that kind of debate, but what did you learn from that experience that carried over to this? Neustadter: Do it again. Don't be afraid. We never want anybody to be ambivalent about what we do. Those big reactions are amazing. I think in the case of "(500) Days of Summer," the negative reactions are accurate, but they need to watch the movie again. The two criticisms we get are Manic Pixie Dream Girl and that Summer gets a short shrift in her character. "It's all through his perspective and you never get to know her!" When I hear that, I say to them, "Yes, you're exactly right. Now watch the movie again, knowing we did that on purpose and see if it changes your attitude."

I think it's fascinating with the way a quote-unquote romantic comedy works. The mathematics of a romantic comedy are that it's going to be a two-hander. There's going to be two, deep characterizations of each person and they're going to come together or go apart. We didn't write a romantic comedy; we wrote a coming-of-age story. It's not a two-hander. It's all one hand. The deficiencies of their relationship is all because this dude needs to grow up. He never takes the time to get to know anything about Summer. I have some friends who have written, "I'm angry at '(500) Days of Summer' because I never get to know Summer." I'm like, "No, no, no. That's the point."

Weber: It's a valuable lesson for us as screenwriters. You can say right at the top, "This is not a love story" and a lot of people still think it is. It's very interesting to play with people's expectations that way. Look, it's better than creating something forgettable 10 minutes after you walk out of the theater. The fact that people are still talking about it is great.

Neustadter There's nothing that we learned through that experience specifically; it's something we learned just by being fans of movies. We want to make you feel stuff. We want to make you talk afterward. We don't want to put things in a very neat package so you know what you're in for. That's the exciting thing for the two of us to get involved. 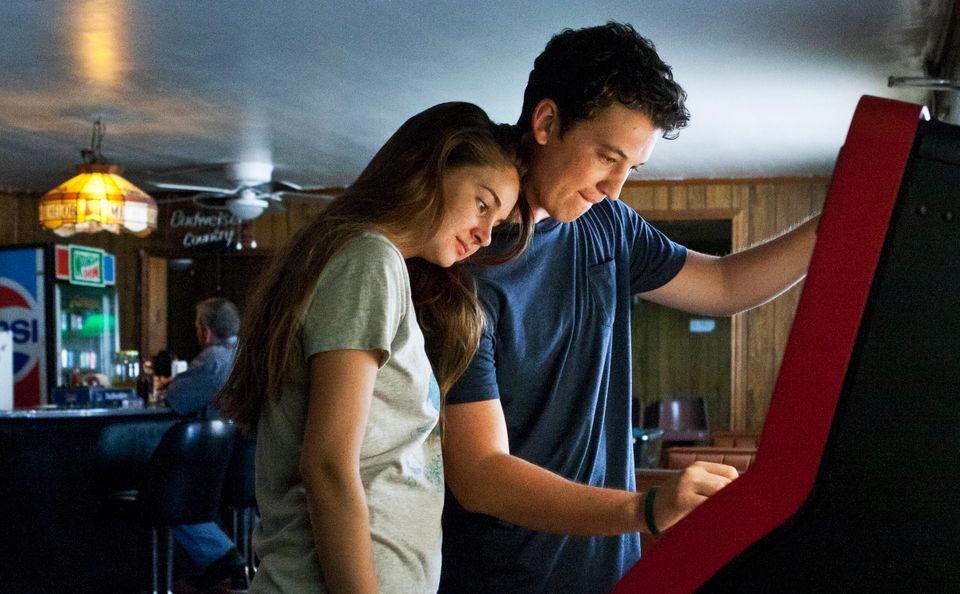