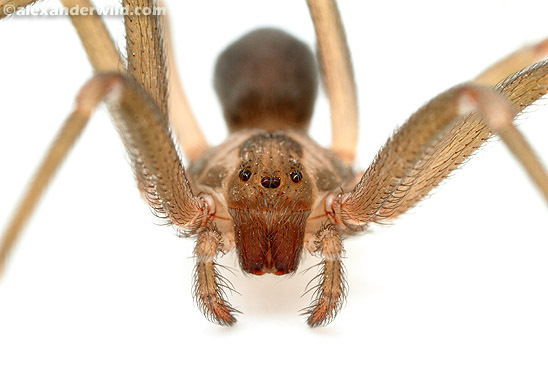 At the age of 10, I did what most chubby little boys who don't like athletics do, I went to a Jewish sleep-away camp in Georgia. As is often the case in Georgian sleep-away camps, they have a little nature problem where humans and dangerous non-human creatures called "insects" are forced to co-exist. Normally, this is awesome. Especially when you go on a hike and watch a snake eat its prey from a safe distance of twenty feet. When it starts to become a problem, however, is when you are sleeping in a dank bunk bed and a brown, somewhat reclusive furry spider is hanging above you, mere inches from your face. Coincidentally enough, I had one such encounter that fateful summer. You see, as I laid under my "Dick Tracy" comforter and begged my counsellor, (let's call him Poundcake Putz Pie), to remove said spider to a "safer" distance, he smiled at me and said: "Just pretend he's not there." I didn't quite understand this logic. Would my little acting activity, whereby I willed the spider into non-existence, somehow reach the spider's tiny cranium and force him like a Jedi mind trick to simply walk away? Or would the spider, seeing my pretend apathy, get bored and try to terrify another fat boy in the bunk two beds down?

It didn't take long for me to find out how well this method worked, when one morning later, I woke up with a red throbbing pain on my arm and tiny puncture wounds around it. When I arrived in the infirmary, you can imagine my surprise when they determined it was, what is traditionally know as, a "spider bite." How could this be? I pretended the spider was not there. Could they maybe be confusing a spider bite with a small gunshot wound? Or perhaps it was a bad reaction to the abnormal sloppy joe consumption we ate nightly for dinner that month. The nurse asked if I had been around any spiders lately. "As a matter of fact," I said, "I had." To which she responded, "You should have told a counsellor. They could have removed it for you." I then told her about Poundcake Putz Pie and his advice to "pretend it wasn't there." The camp and I settled out of court, but that's a story for another day.

The purpose of this story is that, we are starting to become a culture that likes to pretend things aren't there rather than confronting them head-on. Take global warming, which just this past week made headlines again for all the wrong reasons. The New York Times reported that Greenland is melting at a pace faster than scientists previously suspected, paving the way for cataclysmic coastal floods which will literally reshape global maps, leaving parts of New Orleans, Miami, and Manhattan potentially uninhabitable unless you are a turtle, fish or Michael Phelps.

So how do some of our leaders respond? "There's nothing we can do about it! Why should we waste money trying." I wonder how space exploration, DNA mapping, or closing a hole in the Ozone would have worked out with that logic. What's more disturbing, however, isn't that we are actively choosing not to do anything, but that there is even a debate in the first place that global warming is manmade.

Somehow, a large part of this population believes that a majority of scientists, who have been committing their lives to researching climate change, are simply wrong in their consensus that humans are causing the earth to warm at historic levels. Apparently, these thousands of scientists got together one day and said let's punk the world. Let's tell them "humanity is responsible and keep silent that it's actually cosmic giants from another world whose lower bodies are made of hot molten and who sweat Co2."

Apparently, if we just keep pretending it's not real, we'll never have to deal with. And that's true. Perhaps, we won't, but eventually the proverbial spider will bite and our kids will inherit a planet that is unlike any our species has previously inhabited. Why? Because it was too expensive? Because it was too controversial? Or because we just pretended it wasn't real in the first place.

Then there is the issue of guns. We now have multiple reports stating that homicides and in particular gun violence is rising faster than our justice system can keep up. On a monthly basis we now have one mass shooting if we're lucky, but oftentimes more. Yet, a large part of our country feels there isn't an epidemic at all. In fact, the solution, many of them say is to put more guns out there. Maybe we can get to a place where we send all our children, starting in kindergarten, to school with firearms just in case anything should happen. I fell confident that is what our founding fathers had in mind when they drafted the constitution. After all, guns don't kill people. People kill people. So why would we ever try, just once, to put laws in place that prevent the people who kill people from having the means to do it in a far more destructive and efficient manner? Because we like to pretend there isn't a problem in the first place.

Well, we can keep pretending. We can pretend we have great candidates leading the way this fall, instead of looking through the glass and seeing a Biff Tannen Casino tycoon who came from such "hardships" as one million dollar loans, or a man who uses Holocaust analogies like they're fortunes in a Panda express cookie bowl or we can demand more. We can pretend that the earth isn't being catastrophically altered by our actions, or create a multi-billion dollar new "Green" industry that, in the process of saving our planet, would provide a much needed jolt to the work force. We can sit by dumbfounded every time a psychopath enters a school full of students and guns them down like it's a video game, or demand common sense laws that are standard in pretty much every first world country. And don't be fooled. This isn't about politics. This isn't about a liberal agenda versus a conservative one. Again, we are pretending if we think it is. This is about right and wrong. This is about asking what kind of world we want to leave for our children. This is about who we are as a nation and frankly, as a species. Are we going to accept hard truths and deal with them head-on or are we going to continue to bury our heads in the sand and shut out all logic with reality shows and Twitter trolling? No matter what we do, one thing is absolutely certain: If we don't act soon, the spider is going to bite.