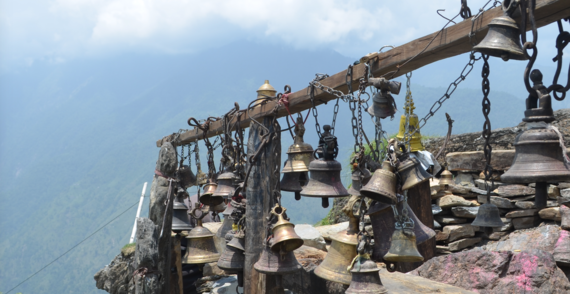 People are in trauma everywhere in Nepal. Like a doctor in an emergency room, aid workers are focused on the most immediate needs first: food, shelter and medical care. But people's dignity and culture are equally important, and equally at risk.

In Kathmandu, I spent an afternoon with number of leaders, including the President of the World League for Freedom and Democracy -- Nepal Chapter and former Minister of Law, Justice & Parliamentary Affairs, Indra B. Gurung; and Constituent Assembly member and President of the Nepal Federation of Indigenous Nationalities, Nagendra Kumal. Kumul's federation is an umbrella organization that represents 48 minority groups. That's probably half the population of Nepal, each with a unique dialect and culture. These people are often relatively poor and disadvantaged -- and they have been particularly hard-hit by the earthquakes. 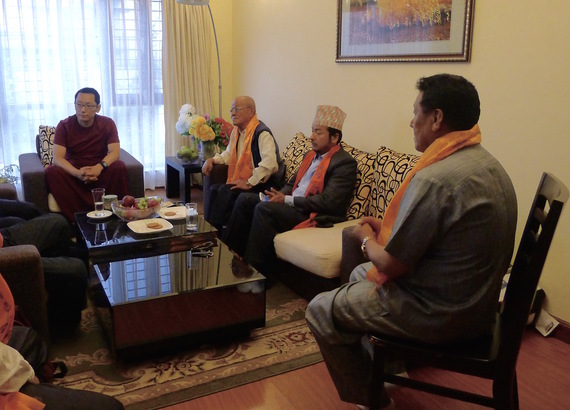 We talked about what is necessary and what is important. Kumal told me that approximately 71 percent of the areas affected by the earthquakes have been mountain villages belonging to minorities. Most of them are Buddhists.

There was an immediate burden in the hearts of these men: blessing the dead. Traditionally, when a family member dies, you care for the body and pray over it peacefully. But these people did not get to pray for their dead, even briefly.

At their request, the Trungram monks and nuns and I gave prayer services for two of the largest indigenous communities in Nepal, the Guring and the Tamang. With several million people each, they have thousands of dead. Usually we pray for people individually, but there were so many. They brought me the lists of the dead and I prayed for those in the list and all others who suffered.

There is also a deeper problem. Kumal explained that these communities are terrified of losing their cultural heritage. It lives within their gumbas, over 1000 of which have been destroyed.

In fact, when I was with the Buddhist Relief Services team delivering food to the village of Barpak, the first thing the village leader asked me on behalf of all the villagers, was to help them rebuild their only gumba and get the dharma texts for it; theirs were destroyed in fires after the earthquake.

Rebuilding is not only about food and shelter, medicine and education. A society requires a spiritual core. And dignity. And for these people, the gumba provides that core. They fear that once redevelopment begins, the heritage that was preserved in the gumbas will disappear. With that, they fear they will slowly lose their cultural identity.

Later in my trip, I visited the Ministry of Federal Affairs and Local Development just to reconfirm what Kumal told me. It was true. Over 1000 gumbas have been destroyed in the earthquakes. Completely flattened.

Along with other organizations, Buddhist Relief Services is just beginning to reach these villages with aid. As we arrive, we must continue to be aware of what is necessary and what is important.

If a trauma doctor cuts off a mangled leg, that solves the immediate medical problem. But if he doesn't also think ahead to what comes next, the patient may be left helpless. The same is true of aid. When aid comes in too quickly, without considering the community's needs holistically, it may only cause other problems.

Food and shelter and medical care and education are necessary. But we cannot end there. We need to provide hope and direction. We need to provide the spiritual grounding that enables them to slowly adjust to the new reality of their lives. There will certainly be change. But as we help Nepal rebuild, we need to be aware of what is necessary and what is important for them.