When diagnosed with cancer, you hope for a boring, run-of-the-mill, highly curable one. Yet many diagnoses pose both scientific mysteries for clinicians and personal terror for their patients.

Inflammatory breast cancer (IBC) is one such devastating form of cancer. It develops fast in the lymphatic system (a vital part of the immune system), usually manifesting in the form of breast skin thickening and dimpling, red hot inflammation, and dramatic swelling. Typically, there’s no discrete lump and no means of detection until these physical indicators of a Stage III or IV (metastatic and viewed as terminal) diagnosis.

Mortality rates are stunning: Only 40 percent of patients survive as long as five years; life expectancy averages 57 months for Stage III patients and 21 months for Stage IV patients. The disease is estimated to constitute roughly 2-6 percent of breast cancer diagnoses but 10 percent of breast cancer deaths. Three significant reasons for the mortality rate are fast metastasis through the lymph system, inherent chemotherapy resistance, and the lack of treatments specifically tailored for this cancer type. Current treatments are brutal, including mastectomies to remove both breast tissue and affected skin, chemotherapy, and aggressive full-chest-wall radiation.

The Fifth International Inflammatory Breast Cancer Conference (July 9-10, 2016) conducted in Boston by the Harvard Medical School and Dana-Farber Cancer Institute, attracted both global clinical and research experts and patient advocates. Because so little dedicated IBC research is underway, presentations included epidemiological data, top clinicians’ experiential learnings, and metastasis research for other cancers. Even though IBC is the rarest, most lethal, and often most variable type of breast cancer, Dr. Kelly Hirko, epidemiologist from Michigan State University’s School of Community Medicine, says that over 6,200 new diagnoses are expected in 2016, almost as many as new cases of acute lymphocytic leukemia (ALL).

IBC patients (most of whom have advanced disease) often bond through online support. During and after treatment, they experience sustained grief every day, both in the loss of support-group friends and in the impact that grueling treatments (chemotherapy, surgery, and aggressive radiation) have on their bodies and physical capabilities.

Kate Strosser, a former professor who is fighting her own metastatic Stage IV IBC, described living with such extended grief: 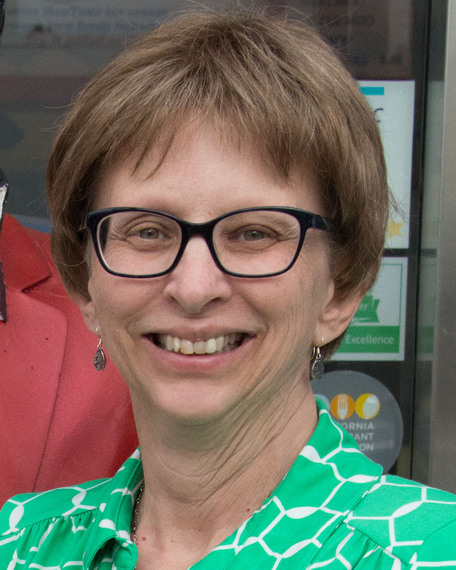 The tears come again, and I know it will not be the last time. Grieving never ends for those of us who inhabit metastatic cancer-land. Joy and happiness may visit, but sadness is a permanent resident. We become close with our Stage IV neighbors for support, encouragement, and information. We share the good, the bad, and the ugly every day. One needs to vent, so her anger leaps from her written words. Another needs to whine, frustrated with the medical system or insurance company idiocy. Still others cry, sharing both their physical and emotional pain. We are told that we cannot be cured. Yet we jump into aggressive treatment anyway, wanting to destroy the cells, burn the tumors, cut off the offending body parts that house a vicious killer. Our sisters provide dark humor, words of encouragement to live fully, and empathy for the hair that never grows back. We exchange methods for lessening side effects, buy wigs, and try to get comfortable with prosthetics or flat chests. And the kindness of our sisters soothes our nerves and lifts us when we are tired, a true comfort during yet another round of scans. Meanwhile, the treatments needed to save us cause progressive dysfunction. We lose our hair, our eyebrows, our ability to fight infections. We seek out clinical trials, miracle drugs, a personal magic bullet. We feel sorrow as our plans evaporate, our careers end, and our physical selves deteriorate until we don’t recognize ourselves in the mirror. Sometimes cancer overwhelms those with whom we are closest. They die, making us scream in disbelief. Other days we stare ahead, dry-eyed, and wonder if we will be next. We grieve for losses, real and anticipated. And despite it all, somehow we sustain hope, even as the losses mount and the tears flow.

Some hope stems from intensifying IBC research at the few leading US IBC centers (MD Anderson, Dana-Farber, Duke University, and Northwestern). Such work is funded in part through new, focused organizations like the IBC Network Foundation, which boosts patient awareness and raises money to fund research into what IBC is, how it spreads so fast, and how to control it. Dr. Jacqueline Bromberg of Memorial Sloan-Kettering Cancer Center says that understanding IBC biology is “beyond complicated,” so focused research and information sharing among existing experts is essential to defining the problem, let alone solving it.

Terry Arnold, IBC Network Foundation founder, says that understanding IBC’s science may be critical to helping patients to cope and to live, since early diagnosis isn’t yet possible:

For IBC, focus on late-stage research and helping patients live with a late-stage diagnosis may be an important priority. We must translate the years of general breast cancer awareness into deliberate action against this lethal form of breast cancer. IBC kills quickly, so thousands of women urgently need new therapies now.

Meet the Women of Breast Cancer: A Story Half Told
More:
cancer Breast Cancer
Newsletter Sign Up
The essential guide to taking care of your mind and body
Subscribe to HuffPost’s wellness email
Successfully Subscribed!
Wellness delivered to your inbox