On July 10, 2015, the American Psychological Association (APA) released The Hoffman Report, an independent investigation into the ethics and behavior of psychologists and our* association, relative to the Bush-era CIA "torture" experiments.

A week later, by coincidence, director Kyle Patrick Alvarez's film The Stanford Prison Experiment (2015) was released in theaters. The movie is billed as an accurate portrayal of a famous 1971 research project that was conceived and overseen by Stanford psychology Professor Philip Zimbardo. 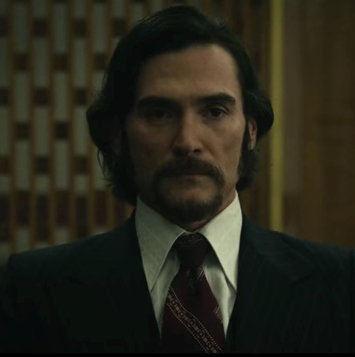 In print (at Amazon),** the APA's "tortured ethics" report is 580 pages long, and it recounts events that occurred over the course of more than a decade. The discussion that has followed in the professional community suggests that there remains some ambiguity about the dimensions and implications of the moral-ethical failings involved. The report has been received like a Rorschach print ("what do you see?") rendered in disturbing shades of gray (chiaroscuro).

The movie trailer is in dramatic color and admits to no ethical ambiguity. It is an allegory or vignette that serves to illustrate what happened with the APA. The movie is based on Zimbardo's book, The Lucifer Effect: Understanding How Good People Turn Evil.

Studies of evil behavior were prominent post-WWII. Psychologists in Berkeley focused on individual character traits and the dynamics of The Authoritarian Personality (a seminal text). In Palo Alto, funded by the Navy, the experimentalists decided to create a simulated prison experience with students in the role of guards and prisoners. The plywood prison was built in a campus basement. 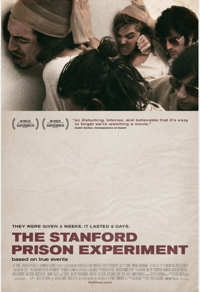 The "prisoners" were locked in the bunker 24/7. As the movie poster says: "They were given 2 weeks. It lasted 6 days." It became like the Lord of the Flies.

In fact, the experiment went awry in the first 36 hours. The subject identified as "Prisoner 8612" (played by Ezra Miller) wanted to leave and was effectively detained against his will. He was not released until he convinced Zimbardo that he was genuinely and extremely distressed. Ethical challenges emerged, right from the start.

In the movie trailer, starting at 01:45 minutes, the experiment is well underway when one of the control booth observers says, in a puzzled voice: "what was that?"

Violence has emerged and they ask the prison superintendent if they should step in. Zimbardo (Billy Crudup) responds: "No, let the guards figure it out ... let's see where it goes."

The tension escalates until Christina Maslach (Olivia Thirlby) arrives. Dr. Maslach tells Zimbardo: "Those are not prisoners, those are not subjects ... those are boys and you are harming them."

The trailer ends with Zimbardo hanging his head and saying in a regretful tone: I had no idea it would turn out this way."

In real life, before Maslach found out what was happening and stated the obvious, multiple individuals and outside observers had failed to raise an objection. Prisoner 8612 objected and was punished.

That is precisely what happened in the case of the APA. When it first became known that psychologists were connected with enhanced interrogations, the APA basically said "let the guards figure it out, let's see where this goes."

The potential for harm should have been obvious to the APA, and those who protested loudly were punished. Multiple individuals signed-off on an ethics standard that somehow ended up being used as an imprimatur for ethically-challenged behavior. Now it is a crisis for the organization - a complete fiasco.

Much of the discussion in the professional community is about the potentially irrelevant question of whether or not anyone acted with intent or culpable negligence. The APA has vowed to reform itself and to recalibrate its "ethical compass." There was a public apology that some found wanting because it focused on regrets, rather than remorse.

Just like in the movie trailer, the APA has had to hang its head. Just like in the allegory, the APA stared evil in the face, failed to recognize it, and ended up dumbfounded, astonished by its own ignorance. Heads have started to roll and there is a demand for change.

As a whole, the profession is not yet satisfied with the response from the leaders of our organization. Psychologists are asking for something more than just "we had no idea it would turn out this way."

The APA now finds itself in a position similar to that of Herman Melville's Billy Budd. Rather than exuding goodness, the association exhibited naivete. Billy Budd's naive innocence was a fault, not a virtue, and he was corrupted by evil because he failed to recognize it when it stared him in the face.

*
The author is an APA member
.

** Disclosure: the author published the print edition. The report is online at The New York Times.