We just finished, in 2014, the hottest year on record, further affirmation, as if any were needed, of the mounting dangers of climate change.

From the boreal forest of Canada, to the Appalachian Mountains, to the Gulf of Mexico, special places and essential natural systems are under assault by oil, coal and gas companies, as we go to the ends of the Earth to feed our addiction to fossil fuels.

Our waters, communities, ranches and farms are threatened by fracking, pipelines and tanker trains that have brought the hazards and destruction of the industrial oil patch to the American backyard.

And our power plants are kicking out unlimited tons of the carbon pollution that puts future generations at risk of widening deserts, rising seas, withering drought, ravaging storms, blistering heat and other disasters related to the kinds of extreme weather events driven by climate change.

As President Obama prepares to assess the State of the Union on Tuesday night, the state of the environment is imperiled. 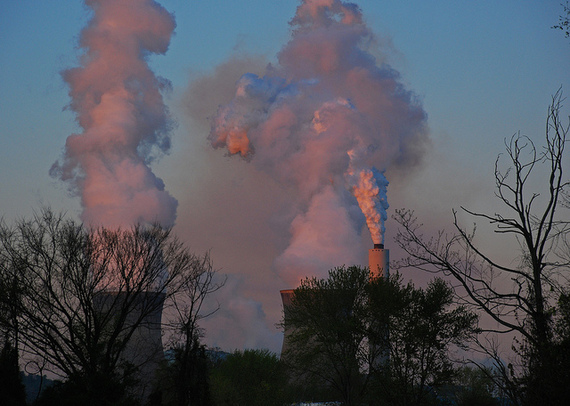 There are solutions to most of the challenges we face, or at least opportunities to make things better.

We can reduce our reliance on fossil fuels, for example, to reduce the damage and risk from producing, shipping and burning these fuels. How? First, by investing in efficiency, so we can do more with less waste and make our economy more productive. We can expand consumer options for hybrid and all-electric cars, and power them with more electricity from the wind and sun. And we can clean up our dirty power plants.

We're making progress on all fronts, and the president will likely talk Tuesday about how we can build on those gains going forward.

In Washington, though, the greatest threat to our environment is the big polluter agenda being pushed by the Republican leadership in Congress.

Fresh off an election cycle during which fossil fuel interests spent more than $720 million to advance their candidates and agenda in the U.S. Congress, the new GOP majority has launched a broadside against the common sense safeguards we all depend on to protect our water, air, wildlife and lands.

The GOP agenda is almost entirely about blocking action, not proposing solutions.

Already in the GOP crosshairs: the Clean Power Plan itself. Even as the Environmental Protection Agency works with states, power companies, public service commissions and other stakeholders to find the most cost-effective way to cut carbon pollution, Republican leaders in the Senate and House have vowed to block the plan.

It's one thing to offer an alternative, but that's not what's happening here. The Republicans aren't offering solutions. Their plan for climate change is to do nothing at all about it, a formula mirrored in their approach to smog, wildlife protection and safeguarding our drinking water.

They've teed up legislation aimed at forcing approval of the Keystone XL dirty tar sands pipeline - before the president can even decide whether it's in the national interest. (It's not.)

Just the past week, the GOP-led House passed the so-called Regulatory Accountability Act, a bill that would cripple federal efforts to provide responsible public oversight that protects all Americans, not only from environmental damage and threats, but from an array of risks ranging from workplace dangers and consumer fraud to shady banks and contaminated food.

But hey, why stop there? Newly-elected Sen. Joni Ernst, R-IA., has called for the EPA to be abolished altogether. Hardly a fringe player, Ernst has been tapped by Senate Majority Leader Mitch McConnell, R-KY., to deliver her party's rebuttal to the president's State of the Union address on Tuesday.

The threat is serious. House Republicans have taken more than 500 anti-environmental votes over just the past four years. Most died in the Senate. With this party in control of both houses, they've vowed to make bad votes stick.

Republicans say it's about jobs. Nonsense. In 2012 - the last year for which such data are available - nearly 1.3 million Americans lost their jobs in what the Bureau of Labor Statistics terms a mass layoff - at least 50 workers idled for 30 days or more. Of those, government regulations and interventions, of all types, accounted for 3,300 - or 0.26 percent of the total - according to the companies that did the actual firings.

The GOP-led legislative assault on the American environment is not about jobs. It's about putting polluter profits first - and putting the rest of us at risk.

Americans don't want to anchor our future in the fossil fuels of the past. By broad majorities, we want to invest in the clean energy solutions of tomorrow.

Six out of ten, in fact, say we should reduce our reliance on coal over the next ten years; 59 percent say it's wrong to block efforts to cut carbon pollution from our power plants; 57 percent say we're doing too little, as a nation, to promote the development of wind turbines, solar facilities and other sources of renewable power; and 49 percent say we're not doing enough to fight climate change.

Those are the findings of a poll released Jan. 15 by the Center for American Progress and the respected polling outfit Hart Research Associates, which queried 1,101 adults nationwide.

Whatever we said, as a nation, when we went to the polls last November, we didn't send anyone to Washington to fight for dirty air, contaminated lands and water that's unsafe to drink.

The fact is all of us depend on healthy natural systems for our prosperity, our progress, our very existence. The state of those systems is imperiled. We need our political leaders in Washington to help create a more promising future for our children, not put it at greater risk.