Growing up in a small town gave me a major thirst for being original and unconventional. Throughout high school, I expressed this in different shapes and forms: dying the ends of my hair bright pink, wearing palazzo pants WAY before they became trendy and almost exclusively watching HBO. I knew that my interest in culture and my passion for living uniquely was too big for such a tiny suburb, and when looking at colleges, I set my heart on New York City, believing that there I could truly function as an individual.

After countless all-nighters, crying in the school bathroom over iffy test grades, and taking the ACT an overwhelming five times, I was beyond ecstatic to receive my Early Decision acceptance to my dream school in the Greatest City on Earth. But there was a catch: While I had been accepted to New York University, I had been rejected from the journalism school and placed into an alternative Liberal Studies program. This shake up could've easily derailed anyone, especially someone as passionate about writing as I am, but my heart was set on New York City and NYU. I paid my enrollment fee and spent the next eight months preparing for what I assumed would be the best time of my life. 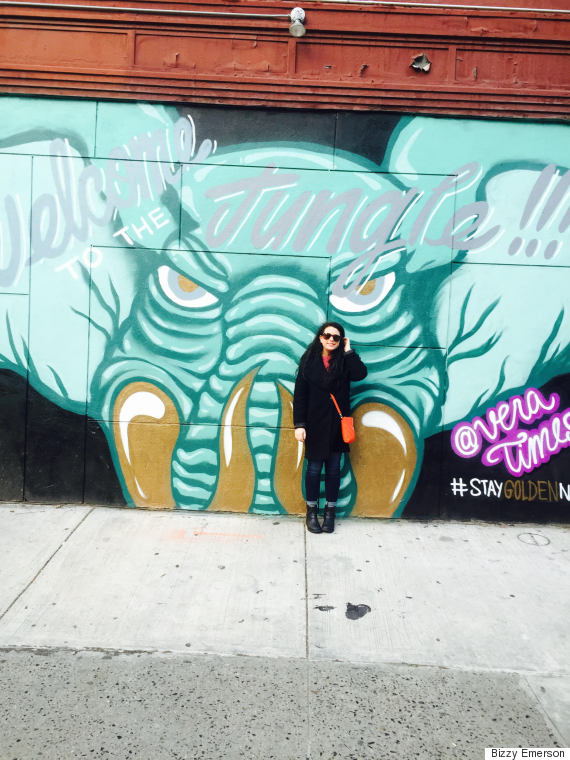 What's the easiest way to admit we're wrong? Is it: A.) Just openly accept that mistakes are a part of life, B.) Admit nothing and hide behind our own fakeness for as long as possible, or C.) Shrug it off and kind of just hope something changes? For a long time, I floated between options B and C, smiling and telling everyone about how much I loved New York and how I couldn't picture myself at another school. Every time I shared my passion for the city, I felt really excited, but as the conversation swiftly shifted to academics and NYU itself, I felt my heart sink into my stomach, yet nodding and pretending I had it all together.

The truth was, the Liberal Studies program was completely wrong for me. I was bored and unchallenged, barely having to lift a book and still effortlessly acing exams and essays. I felt no connection or passion from any of my fellow students, and my creativity was totally burnt out. Going to class was a major chore, a meaningless task I sometimes skipped altogether in order to culturally enrich myself in more fulfilling ways: a Lena Dunham book signing, going to The Tonight Show with Jimmy Fallon. When asked about New York by friends and family, I would generously share stories about running into Kit Harington from Game of Thrones on the street, and then toss in a stray sentence about "feeling confused, but doing well" in my Writing I class.

My close friend Tim, also in Liberal Studies, felt similarly trapped, and we often bonded over our annoyance with the program. One night in early December over text, Tim admitted to me that he was ready for the semester to be over, and I eagerly agreed.

"Should I go to Mizzou next semester?" I asked him, a question that had been weighing me down ever since I had gone home for Thanksgiving. University of Missouri had always been a vague option, one my dad encouraged me to consider but I had defiantly rejected, fearing it was too safe and normal for my unique lifestyle. Now, their top-ranked journalism school seemed like a glittering palace next to the academic trenches I was trudging through at NYU. Over winter break, my best friend from home awkwardly shared with me that she would be transferring to the SEC school after her freshman year, and shortly after, I gained the courage to tell my parents I couldn't do NYU anymore.

In a 2010 New York Times article, it was reported that 1 in 3 college students would transfer to a new university at some point in their secondary educational career. Yet a stigma still seems to surround transfer culture, and these attitudes can feel even more isolating for a student in transition. Deciding to transfer, though an enormous relief, comes with many negative strings attached: you're "a failure," "a loser," you just "couldn't handle it."

Although the negativity I faced at NYU was primarily academic, I still went through intense emotional back-and-force before finally pulling the trigger and leaving my dream school. To alleviate the financial burden of the (outrageously) expensive four-year university, as well as to complete Mizzou journalism requirements, I withdrew from New York University at the beginning of February and spent my second semester at home, going to my local community college. I was hit with a double-whammy: not only did I have to quickly mourn the death of my New York dreams, but I also had to move back home and attend an institution that I had been conditioned to believe was "beneath" me.

Just as there is a stigma with transferring while in college, there is an even greater stigma surrounding community college. Many believe it isn't "real college," or that it's much easier than a typical four-year university. This is just simply false. While it offers a different lifestyle, the course load and academics can be just as rigorous as any other school. Community college is an excellent option for any student in any situation, and many will use it as a financial or academic primer before transferring to a four-year university after completing their sophomore year. In fact, in a study conducted by the National Association for College Admission Counseling, it was found that "when looking only at public four-year colleges, 66 percent of transfer students come from community colleges." I am beyond grateful for my opportunity to spend the semester filling requirements at a community college, and am lucky to have gotten myself ahead in that environment, rather than continuing to earn pointless credits at NYU.

Do I have any regrets? Nope! My heart was set on New York, and I'm glad I was able to go and realize it wasn't the right place for me right now. I will always love the city, and know I'll return someday, whenever that may be. I've encountered challenges in my time at home (having grown adults say, "So, you couldn't do NYU? I'm sure the classes were really hard for you," and having to correct them with, "No, I actually got a 3.6 GPA, but thanks!" isn't super fun), but I'm ready to move forward with my life in Missouri come fall. Although it isn't the mecca of craziness, love, lights and culture that New York City is, I'm excited to express my unique and unconventional self at the University of Missouri, stigma-free.