I took a deep breath before writing this article because at first, I feared the work I do to help individuals and organizations overcome stigma could somehow be clouding my vision. But after the recent Ryan Lochte debacle, I can no longer keep to myself what I see so clearly every day now.

The summer of 2016 has given us what I've dubbed The Stigma Games--a series of upsetting back-to-back media reports that together provide the same emotional rollercoaster ride as a blockbuster Hollywood movie with an indestructible villain: stigma. And as the past weeks have shown us over and over, stigma can strike anyone, anywhere, anytime. 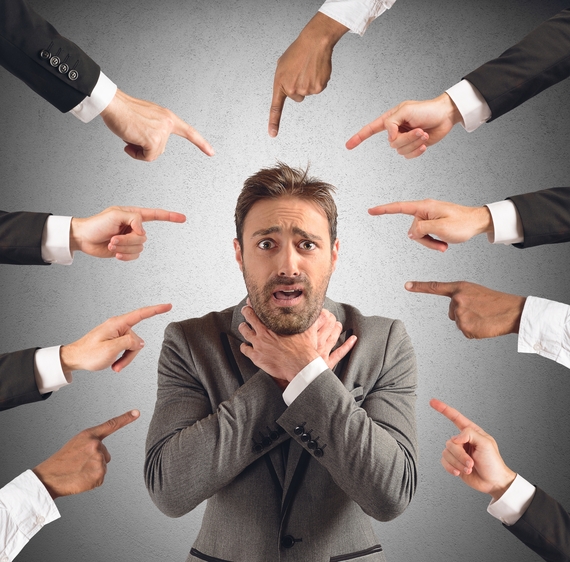 Without getting overly political, hasn't our country already paid with enough bloodshed from African-Americans, LGBTQ individuals, law enforcement officers, and others to know that stigmatizing a race, a community, and even a profession often comes with unanticipated and horrific consequences?

This year being an election year, one would hope that any aspiring leader of our nation would focus on determining what our country needs and directing the conversation toward potential solutions--none of which include further division of our people. Yet whether it's to gain support for building a wall along the border with Mexico or to lash out against a debate moderator who asks tough questions, Donald Trump has chosen to humiliate and isolate others whenever it fits his agenda--brandishing stigma as his crude weapon of choice.

Most recently, his remark to the African-American community, "What do you have to lose? You're living in poverty, your schools are no good, and you have no jobs," goes a long way to illustrating his uninformed, hurtful, and stigmatizing rhetoric.

Of course, in the long list of those Trump has sought to stigmatize by means of every media outlet available to him, it seems poetic justice that his ultimate political undoing could wind up being the eloquent silence of Mrs. Ghazala Khan at the Democratic National Convention. Because in the din of his own xenophobic, racist remarks, Trump was so deaf to a mother's gold star grief that Mrs. Khan was eventually moved to respond in The Washington Post to the stigma Trump tried assigning to her silence.

Then, thankfully, the Olympics began, and for a host of reasons, I think we were all looking forward to a virtual trip to Brazil to cheer on whichever athletes could most successfully take us away from all this daily assigning of stigma. But just a few days before the end of the event, like a scene from Jaws, the dorsal fin of stigma broke through the surface of the pool in Rio.

Now that the truth has come out about the fictitious robbery story and Ryan Lochte has issued an apology, where do we stand? Brazil, already under fire for a series of unfortunate mishaps including a diving pool turning green overnight, now feels unfairly stigmatized. Both the IOC and USOC are red-faced over the matter. And there's no telling what the eventual loss in standing and credibility, not to mention revenue from pulled sponsorships, will be to the second-most decorated swimmer in Olympic history.

By now, you're hopefully beginning to recognize what I see every day: No one is born with stigma. Society assigns it -- much like a suffocating, shrink-wrapped label around someone or some group suddenly deemed the outsider.

Yet from what I see, at some point in our lives, we all wind up outside looking in. So perhaps the only way to win at The Stigma Games is to not compete in the first place.