In 1997 I was released from prison after serving 12 years of a 15-to-life sentence for delivering an envelope containing four ounces of cocaine for $500.00 dollars. I walked into a policy sting operation where twenty cops came out of nowhere and I was arrested. I made every possible mistake you could make and was sentenced to two 15-to-life terms under the mandatory minimum provisions of the Rockefeller Drug Laws. Since it was my first brush with the law, the judge gave me a break and ran my two sentences together giving me one 15-to-life sentence in 1985. Now, in 2015, I still feel the stigma of being an ex-felon. It affects every aspect of my life, from work to even my love life. The question I ask is "When does being an ex-felon end, so I can go on in my live without carrying the stigmatizing label."

I just released a new eBook which describes the seventeen years of freedom I have lived. In the book I describe every aspect of being an ex-con in the real world. I hope it helps those former prisoners that have been released and those that will be released. I wish them all the best and welcome them to the free world. Excerpt from " Open Letter to Men and Women Returning Home in an Age of Reform":

The road following imprisonment is not an easy one. I know because I have walked it. When I was released 17 years ago from the living nightmare of imprisonment, I found that returning to the real world was both frightening and unbelievably difficult. Freedom smacked me in the face swiftly, and it was quite overpowering. As the gate of the prison opened and I walked out a free man, I should have been the happiest person alive. But I wasn't. My first steps out of Sing Sing prison were full of cautiousness. I was very scared. My main concern was one that every prisoner facing release thinks about: "Will I be able to survive life on the outside?"

I had prepared myself the best I could by taking advantage of all the rehabilitative programs that had existed at the time. But even though I thought I was well prepared, I struggled when released into the world. Today, it's hard to imagine how those coming home from prison can deal with freedom now that most of the rehabilitative programs are gone, leaving them less prepared than ever to return to society. Thanks to long-sought sentencing reforms, a growing number of people now under confinement are being released into the community before completing their prison terms. Each year 700,000 prisoners are released, which is quadruple the number 20 years ago. Sadly, two-thirds of those released will return to prison because of a new crime or parole violation within 3 years.

Millions of individuals have been sent to prison under the incarceration boom of the 1980's and 90s that was largely the result of draconian drug sentencing laws. The "tough-on-crime" era coincided with massive cuts to prison programs. This has resulted in prisoners being confined in anti-therapeutic environments that provide little treatment for their ailments.

Formerly incarcerated people reentering society will face a daunting array of problems preventing them from successfully reintegrating. These include not being able to find employment or secure housing, dealing with substance abuse and mental health problems, and difficulties in reestablishing and developing relationships. On top of this they also must face counterproductive and debilitating legal and practical barriers, including state and federal laws that hinder their ability to qualify for a job or get a higher education. As a result, communities have been struggling to handle the extraordinary increase in the flow of people from prison cells into society.

At the policy level, lawmakers are now forced into questioning the draconian policies of the past and are calling for solutions to ensure that released prisoners can become productive members of society. One of them, former Senator, Jim Webb, a leading proponent of prison reform, has said "America's criminal justice system has deteriorated to the point that it is a national disgrace ... With five percent of the world's population, our country houses twenty-five percent of the world's prison population.

This tremendous growth has put the financial burden on states to handle the costs associated with maintaining prisons and has resulted in a barrage of formerly incarcerated people being released who are in worse shape and less prepared than ever. Without a drastic change in policy across America, the situation will only get worse feeding the mass incarceration of the United States.

Anthony Papa's new book "Open Letter to Men and Women Returning Home in an Age of Reform/ This Side of Freedom: Life After Lockdown" can be found on Amazon's Kindle. 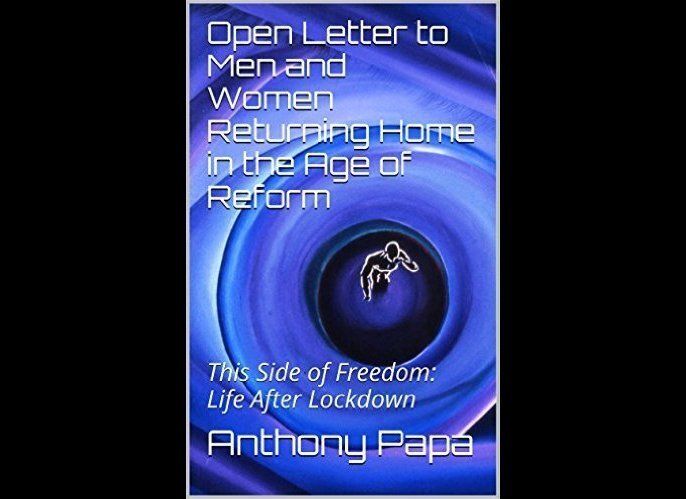