I was discussing prospective travel plans with a group of people the other day when one of them, after expressing her interest in visiting Lyon, remarked, "But I have to find someone to go with -- I'm not going to travel there by myself. Nobody wants to do that."

The same afternoon, I walked into a cafe with a friend to grab lunch. Upon seeing an acquaintance there eating solo, my friend commented, "Aw, he's by himself. Maybe we can say hi. No one should have to eat alone. That's so sad."

These statements started a train of thought on which I had embarked many times before:

Why is it still seen as socially unacceptable to do things by yourself? And why is it always presumed that people don't want to do things alone?

I do understand where these opinions originate. We, as human beings, are social beings. We are inherently inclined to be around people and thrive in community; it is only natural that we want to share in our experiences with others. Socializing and conversing are how we forge friendships and ultimately help each other grow.

However, it baffles me as to why the idea that someone wants to do something alone is so bizarre. Sure -- by societal norms, activities such as eating out or seeing a movie are viewed as social activities to be enjoyed with others. But seeing someone out and about on their own does not equate to him or her being lonely, or having no friends. (Alright, sometimes when I am doing something by myself I am feeling a little lonely, or actually couldn't find an available or interested friend... but that doesn't mean I need or deserve pity.)

More importantly, I think we are perfectly entitled to simply not be in the mood to entertain someone throughout an activity or socialize, in general. 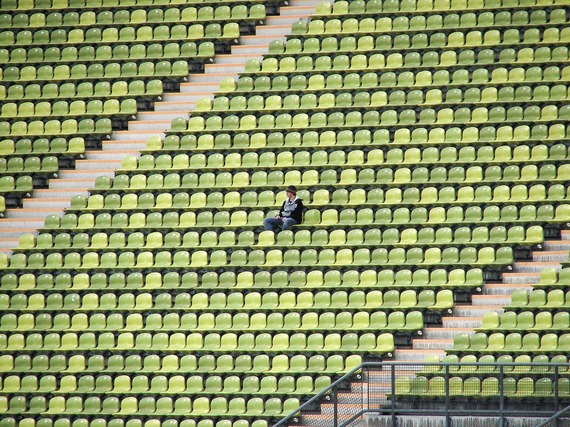 Is it really so absurd that someone decides to ride solo for an evening and appreciate a meal alone? Residing in a first-world country nowadays entails considerable immersion in environments of distraction; throughout the day, we're invariably staring at screens of all shapes and sizes, and being bombarded with stimuli through them. On top of that, we must make real human interactions with handfuls of people on a daily basis. It grows exhausting whether one is an introvert or extrovert. And we all need a little "me" time.

"Time spent by myself is time spent alone with my thoughts, which I relish in a world of distraction."


But who is to say that "me" time is only in the confines of one's home, in the form of a pantsless Sunday spent watching Netflix and binging on pizza? Why is doing that alone acceptable anyway, but not going outside and doing something in town? Time spent by myself is time spent alone with my thoughts, which I relish in a world of distraction. Once alone, I have the opportunity to ponder over matters to which I have been meaning to devote mental attention -- or to think about nothing at all, and simply appreciate the present moment.

I suppose that is another explanation for why doing things alone has a social stigma. We tend to project our own tendencies onto others, particularly in situations we view negatively; and I find that the people with the greatest aversion to doing things alone -- incredibly uncomfortable at and almost disgusted by the idea -- are the ones who cannot be in solitude with their minds. For what reasons, I can't say I know, but they seem to move through life from one distraction to the next, from screen to screen. 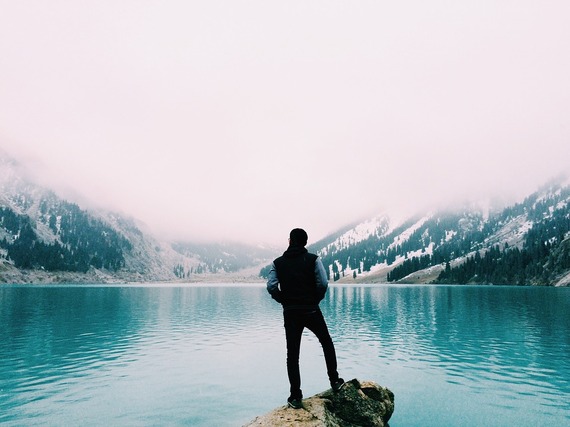 Being alone with your mind, however, is one of the best things for your soul.

That is one of the greatest pleasures I find in doing things alone. Another is, of course, the freedom to operate on your own schedule. You can spend a full hour trying on clothes (which seems to happen frequently with me...) without the pressure of a waiting companion, or speed through a history museum because you don't find it that interesting. If I need to backtrack for a photo or stand there for a few minutes to get it right, I have all the time in the world.

But traveling alone? Doesn't it get a little solitary?

Well, yes -- I would be in denial if I said otherwise. One of the greatest joys of travel is reveling in the presence of awesome history or art with someone, and I definitely find myself wishing I had a friend with me at times; seeing what I am seeing, eating what I am eating, discussing our experiences. It's nice to have someone there with you sharing that ephemeral moment that cannot be recreated.

Which leads me to my following point -- despite all that, I am determined to not let such factors impede me from doing what I want and what speaks to me, and you shouldn't either. If you truly want to do something, why should the prospect of doing it alone be an obstacle to your will? In the end, the connection you have with that object or goal is the most important.

"If you truly want to do something, why should the prospect of doing it alone be an obstacle to your will?"


This isn't all with the aim to denigrate people who don't like being alone, or make the statement that such people have no substance. To each his own.

But satisfaction ultimately lies in the substance of an activity and if that is what you are really after, then go for it.

Take that trip to Lyon. Go to that underground music event none of your friends care about. Enjoy a nice dinner. And all those people you think are judging you... they likely are, given the stigma of doing things alone, but what does that matter in the grand scheme of things?

Doing things alone eventually dissipates the feeling of self-consciousness in public places and fosters self-awareness instead. It takes a degree of confidence and initiative to do things solo, of which you should be proud. And if I'm going to be frowned upon because I'm eating dessert alone like I'm fuckin' Steven Glansberg then, well. So be it.

A version of this post originally appeared on Medium. Check out more of Christina's musings on her Medium page.

Stay informed with the latest news and video. Download HuffPost's news app on iOS or Android.