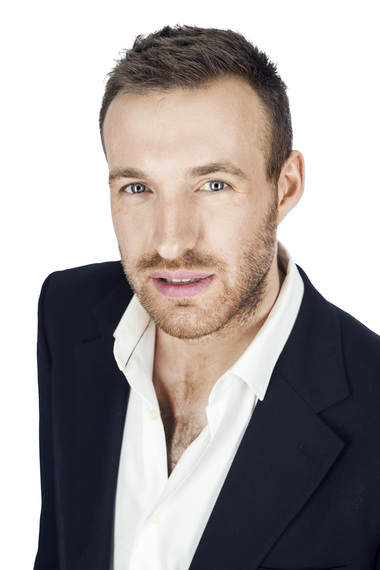 Owen Laukkanen's debut novel, The Professionals, received high praise and was nominated for many honors, including the International Thriller Writers' Award, the Anthony, the Barry, and the New Voices Awards. He graduated from the University of British Columbia's creative writing program, and before turning to fiction, spent three years reporting on the world of professional poker.

The Stolen Ones is the fourth novel in the series featuring Kirk Stevens and Carla Windermere, partners in the Minnesota Bureau of Criminal Apprehension-FBI Joint Task Force. The novel begins with Irina and Catalina, two Romanian sisters, who are kidnapped and brought to the U.S. in shipping containers, along with other young women, to be sold as sex slaves. Soon, Stevens and Windermere are on the trail of a massive international kidnapping and prostitution ring. The story takes them over much of the country as they struggle to track down the most ruthless criminals they've ever encountered.

How did you develop an interest in writing?
My parents stocked our house with books. Basically, 'Wanted' posters of us were in the local library. We would take out twenty books at a time and never return them. (Laughter) My mother and father instilled in me a love of reading. I read voraciously at a young age. In my teens, writing seemed a natural progression. I found myself wanting to evoke with my own writing, the same feelings I had from reading. I remember reading Cannery Row by John Steinbeck which had passages about fishing boats going out to sea. I come from a fishing background, and the novel struck a deep chord within me. I wanted to emulate that kind of creativity.

As a youngster, which authors did you enjoy reading?
I read just about anything as a kid. I read a lot of Gordon Korman, a Canadian-American writer of children's books and YA novels. As a teen, I went into an enormous Dean Koontz phase. His books were violent, sexy, and were not what my parents would have approved of my reading. (Laughter) I tore through his entire catalogue. But I enjoyed many different genres. If you put any book in my hand or within arm's reach, I'd read it. I read a good deal of John Steinbeck, and R.L. Stine, as well. I was pretty eclectic.

How did you get a job covering high-stakes poker tournaments?
I graduated with a Bachelor in Fine Arts degree, and had minimal job prospects. I was looking for a summer job and interviewed for one as a technical writer. I applied for one driving a car for an escort agency, but they didn't call me back. (Laughter). Finally, I took a job on the night shift in a department store warehouse. Then, I saw an ad saying I could spend six weeks in Las Vegas writing about the World Series of Poker. I knew nothing about poker, but knew I'd like to be in Vegas for six weeks instead of working in a warehouse. I sent them two short stories I'd written, and lo and behold, they hired me. At the end of the summer, they hired me and a colleague on a full-time basis to travel all over the world, make our own schedule, and gave us a blank check to cover any poker tournament we decided to attend.

I understand you encountered situations in those tournaments that led to your writing crime fiction. Is that true?
I didn't want to write casino mysteries. I didn't want to be pigeon-holed that way. But, when you're in the company of people willing to plunk down ten-thousand dollars each to play poker, you're bound to meet some crazy characters. Much of the depravity I encountered inspired me to write about the crime world. My time covering these tournaments coincided with the burnished image being portrayed on television. But behind that image, were these fascinating gamblers and sordid criminals who were polishing their acts to look like TV stars. When I got the job, I was a twenty-three year old kid who'd led a somewhat sheltered life. The exposure to this other side of life was truly an education for me as a budding crime writer.

The Stolen Ones is an expansive novel. Is there a method by which you constructed it, as well as your other thrillers?
My method is to start with a crime or an idea--in this case, sex trafficking--and let the book evolve from there. Some people might call it allowing the characters to take you where they want to go. That may be a forgiving way of saying I write pretty impulsively. As I was writing The Stolen Ones, I just let the story unfold, knowing in the end, there'd be a lot of cleaning up for me to do. I'm very much a 'write by the seat of my pants' sort of guy. I'm not a plotter.

The Stolen Ones is your fourth published novel in the series. What about the writing life has surprised you?
When you're an aspiring writer, you imagine things will be wonderful if you can reach the point of being published. You fantasize it will be a watershed moment--which it is, in its way--but what's surprised me is I've had to learn to disengage my feelings of self-worth from how the novels are received; or from the fact that a novel has been published. I imagined with the publication of a book, my life would change in some amazing way. When you're writing a series, it's almost like working for a newspaper: you can write a good feature one day, but the next day, you have another feature to write. I've had to learn to relax and enjoy the moment, and not focus on the next book in the series. Also, I never thought writing would be as challenging as it is. I've gone through periods of self-doubt I never expected to experience.

On a very positive note, I've learned that crime writers are among the most welcoming and generous people around. Certainly, one of the happiest surprises about getting into this business has been meeting so many wonderful friends and making contact with people who've been willing to champion my books. There's a real pleasure in this sense of community, because writing is such an isolating activity.

What do you love about the writing life?
I love all of it. I can't not write. If I go for a couple of days without writing, I feel antsy and ornery. I've been very lucky as a young writer to have such a supportive publishing team. I also enjoy engaging with people who love books, reading, and writing. As much as I need time by myself to write, I love meeting people at library talks and bookstores. There's a great deal of freedom in the writing life, and a lot of opportunity that's not granted in most other professions.

If you weren't writing, what would you be doing?
I think I'd be fishing for a living. My grandfather was a boat builder and commercial fisherman. I paid my way through the university working on my uncle's fishing boats in the Pacific Ocean. My dad recently bought a lobster boat on the Atlantic side of Canada. I've fished all over. My summers spent fishing were some of the happiest times of my life. As a complementary job for a writer, it's wonderful. It's precisely the opposite of what a writer does. There's fresh air, manual labor, and lots of time to think through murder plots.

Congratulations on penning The Stolen Ones, a relentlessly terrifying novel that ratchets up the suspense, and raised my pulse rate.