By Rebecca Endicott, writer at LittleThings

It may still feel like the depths of winter, but with March almost here, everyone is getting ready to celebrate the start of spring.

Some people count spring from Groundhog Day in February, others folks call it when the first crocus blooms, but if you ask me, you know for sure that spring is right around the corner when St. Patrick's Day arrives!

Every year, this holiday arrives in a burst of green and gold fanfare. After all, whether or not you have any Irish heritage, there's no better way to celebrate all things green, from the Emerald Isle to the heartwarming bravery of the first spring shoots.

The tradition started small, but these days, it's one of the biggest parties of the year. From celebrating with creative cakes like this shamrock confection to staging massive parades through our cities, we just love St. Paddy!

But did you ever wonder where all of those storied traditions came from?

In fact, here in America, we're actually way more over-the-top with our celebrations of St. Patrick's Day than the Irish are! So much so that, at times, we may not even know the story behind all of the celebratory rituals and symbols of the day!

So where did all of our favorite traditions for March 17 originate? Check out a few of the answers in the gallery below. 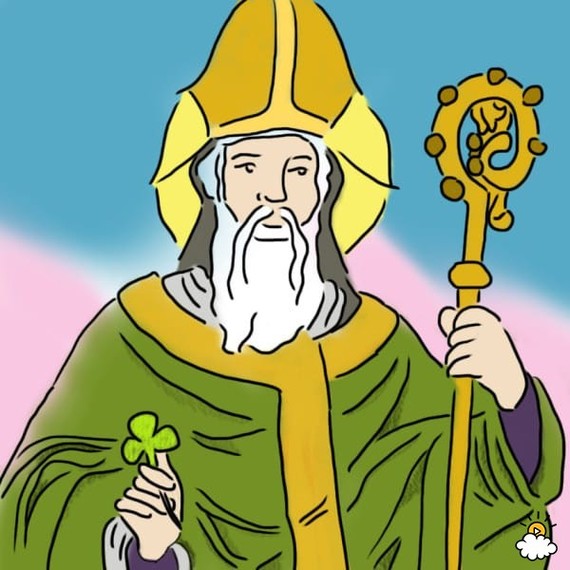 Who is this St. Patrick character anyway? First and foremost, he's Ireland's chief patron saint, responsible in Catholic Christianity for looking after the interests of the country.

Beyond that, not much is known for certain, but scholars believe that St. Patrick was English, but was captured by pirates and brought to Ireland as a boy.

He escaped, but returned years later, and began to preach throughout the countryside. 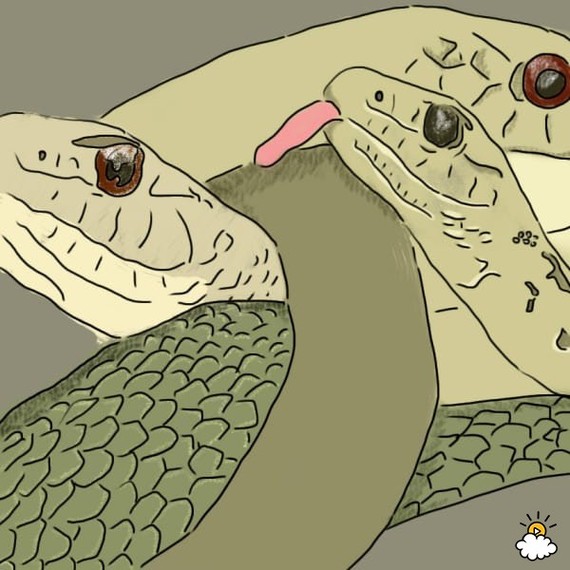 Of course, most people know St. Patrick for a miracle attributed to him. Legend has it that St. Patrick banished all of the snakes from Ireland when some interrupted him during a fast.

In fact, fossil records prove that Ireland, as an island, has never had any snakes, but we like St. Patrick's story better! 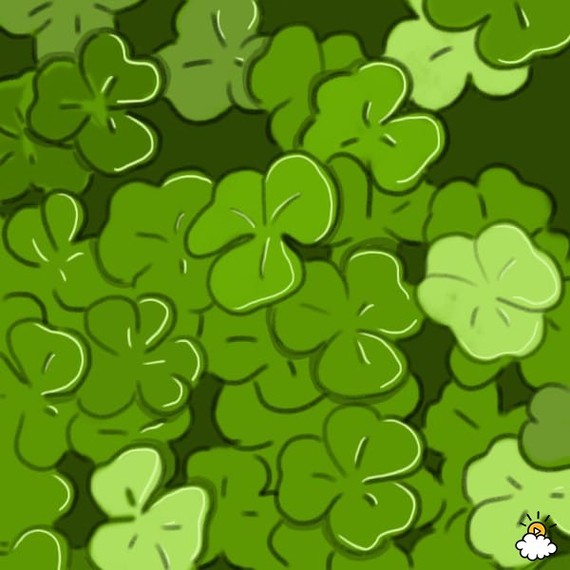 Everyone associate shamrocks with the luck of the Irish, particularly the ultra-rare four-leaf variety.

In fact, shamrocks initially became important symbols because they had just three leaves; lots of people believed that the three leaves symbolized the Holy Trinity of the Father, the Son, and the Holy Spirit. 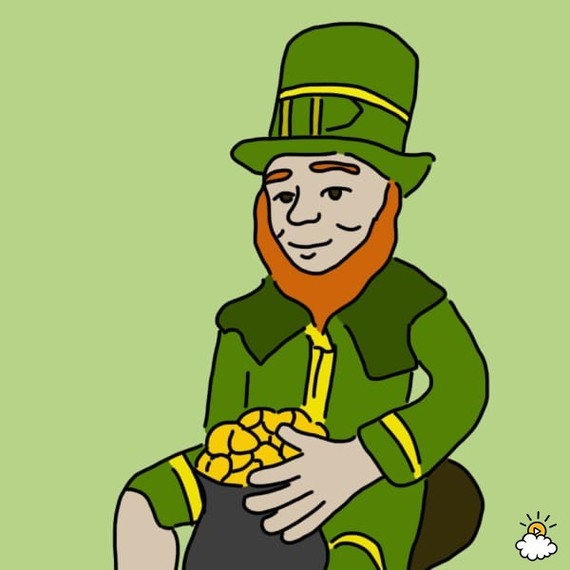 The leprechaun is an ancient figure in Gaelic mythology, closely related to stories about the Tuatha Dé Danann, or Fair Folk.

Legend has it that a leprechaun, like a genie, would grant three wishes if caught.

They didn't appear much in mythology until the 19th century, when waves of Irish immigration to America popularized and solidified our current image of a little green man with a pot of gold. 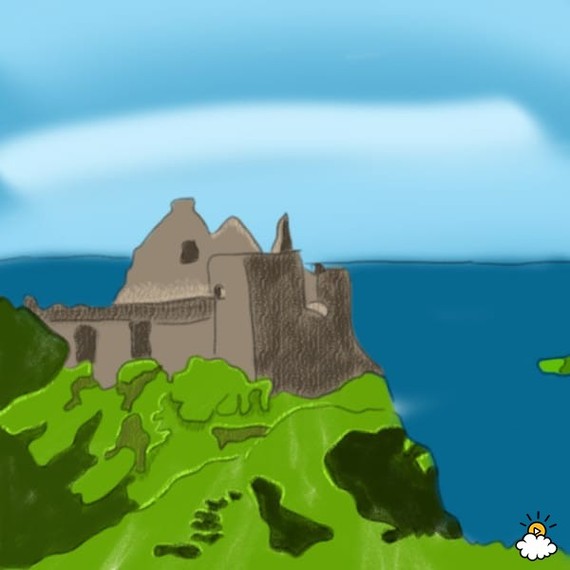 Everyone knows that the color green is associated with St. Patrick's Day. At this point, most of us don't even think to question it!

However, there are a couple of theories about why it's so important for this holiday.

One is the association with Ireland, often called the "Emerald Isle" for its lush green environment.

The other is that the holiday falls at the start of spring, which is always associated with green, growing things. 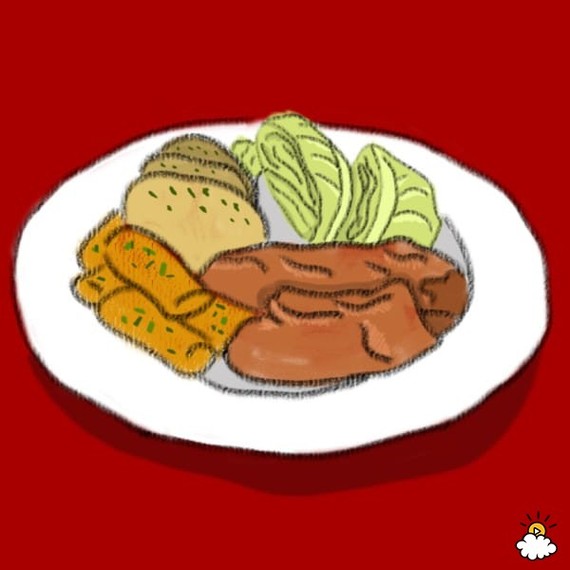 If you have Irish heritage, you probably grew up looking forward to nights when Mom would serve corned beef and cabbage or Irish Boiled Supper, but you may not have known that it isn't really an Irish meal!

The original Irish version was salted bacon and cabbage, but Irish immigrants to America didn't have much access to bacon.

They substituted corned beef instead, and a brand-new Irish-American tradition was born. 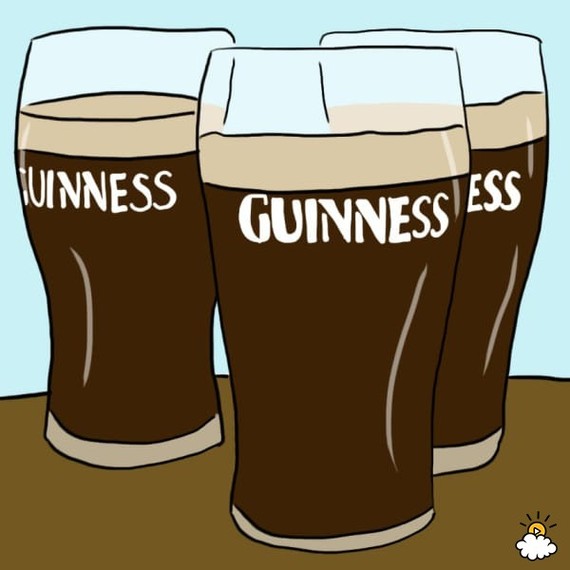 Guinness is the famous dark brown stout introduced by Irish brewer Arthur Guinness in the 1750s. It has a long history as a part of Irish culture, particularly in times of privation.

At times in Irish and Irish-American history, the malted barley brew was safer to drink than water, and could provide a healthy helping of calories when food was tight.

As a result, the drink is now used to celebrate everything that the Irish overcame! 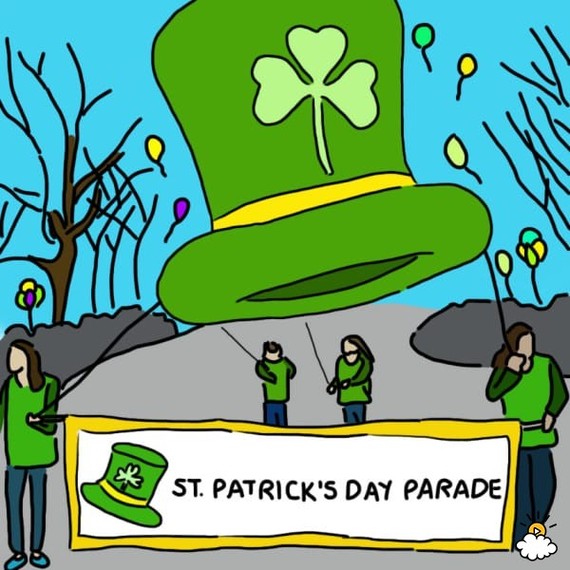 And of course, where there's beer, there's bound to be a party!

Though St. Patrick's day is mostly celebrated as a quiet religious holiday in Ireland, here in the states, it's an excuse to throw a big festival and celebrate our pride in our national Irish heritage!

For Americans, the wonderful thing about St. Patrick's Day is that it has become another part of our melting pot experience.

Even if you don't have a drop of Irish heritage, it's still a wonderful day to celebrate the American dream and our unique national identity, comprised of dozens of different cultures.

If you love celebrating St. Paddy's Day, make sure to SHARE with friends and family who want to know more about the traditions that come with the holiday!