He is black, she is white. They get to know each other as their families’ goats and sheep graze under the row of palm trees that separates his village of Gosba from her village of Drouj. They fall in love. The family of Soulef, who is white, refuses to let her marry Ameur, a black man. She does not care and goes to live with him on the other side of the palm trees. The year is 2000.

Fifteen years later, the inhabitants of Gosba continue to tell the story of “the runaway” who came to live with them. Today she lives in a one-room abode on some thin mattresses, with her husband and their three sons. A small TV, its images flickering with fatigue since it is never turned off, is perched on a wooden chair. There is nothing else. Soulef says that until last year she had not seen her family for 14 years, even though they live less than a mile away. They could almost wave to one another from afar.

Not even on a map

Those who know of it call it the “village of blacks,” located in the Medenine region of southeastern Tunisia.

Somewhere in the district of Sidi Makhlouf, Gosba does not appear on any map. The village has about 5,000 inhabitants and one concrete road, the one that comes from Sidi Makhlouf, the capital of the district. Some paths link the various plots, which are spaced widely apart. 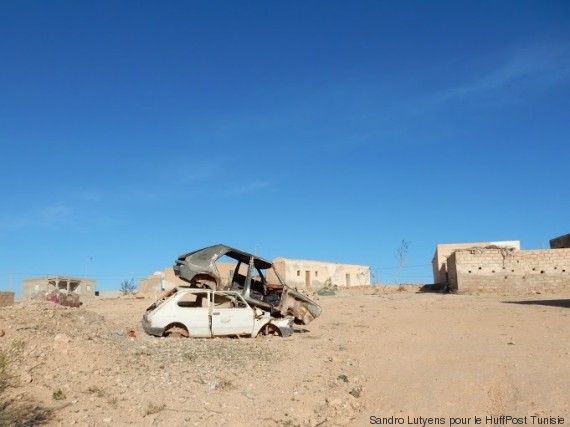 From a distance, it looks like a huge wasteland dotted with brick houses. Up close, it looks the same. The houses are mostly the color of the cement they were built with, except for a few that have been painted for weddings.

The economy is practically non-existent. A few men are farmers, but it is hard to tell what they grow. Others are fishermen or hold seasonal employment on the tourist island of Djerba. Women spend their days collecting shellfish on a beach just over six miles away.

And yes, everyone in Gosba is black. Well, almost.

Only 10 or so women stand out for their “whiteness.” Other than Soulef, they all come from “far away.” All the other inhabitants of Gosba were born here.

Seen from Gosba, the surrounding villages of Drouj and Sidi Makhlouf are “white" villages. It’s as if an invisible wall cuts Gosba off from the world, forcing the “blacks” to remain among themselves.

Mixed marriages are very rare. There are many legends which seek to explain this separation, passed down from fathers or grandfathers.

Béchir, an English teacher, firmly believes in his version. According to him, three slaves, all brothers, who worked on a plantation on the other side of the palm trees during the 19th century stood up to their “white” master. The master ended up placing them on the land that constitutes Gosba today.

The community grew with the abolition of slavery, a process that started officially in 1846 but was not effectively completed until the end of the 19th century. From these three brothers the three Gosba tribes were born.

If she doubts the truth of the legends, Italian researcher Marta Scaglioni, based in Gosba, considers it “very likely” that the inhabitants of Gosba are the direct descendants of slaves. “It is on the slave trade route,” she explains. The slaves came from Niger and Chad.

Residents explain that, in the area, they are sometimes called “Abid Buntun,” the “servants” of the Buntun, the region's historically main ethnic group.

Each morning, the school bus leaves Gosba to take the “black” children to school in Sidi Makhlouf. At the same time, another bus takes the “white” children from Drouj to the same school. As Drouj is situated between Gosba and Sidi Makhlouf, logic would dictate that only one bus is needed.

“But those in Drouj refuse,” says Béchir, the English teacher. He does not hesitate to speak of racism. “My teacher friends in Drouj tell me that their daughters will not marry a black. That's what they say: 'a black.'”

Gosba’s inhabitants, however, are comfortable with the colour of their skin. “I am not Arab, I am black,” explains Mohammed Naroui, a police officer who married a white woman from the outside. “If there is a football match between Algeria and Senegal, I will be for Senegal.”

Messaoud, director of the youth centre in Sidi Makhlouf for the last three years, is of mixed race from his grandfather’s side of the family and is one of the lightest-skinned in the community. Yet he does not hesitate to call himself black. Nonetheless, according to him, speaking of racism is old-fashioned. "Before, blacks could not get jobs with the district or high-level jobs with companies. But, little by little, it is starting to change.”

Ameur and Soulef, a modern-day Romeo and Juliet, acknowledge that racism exists, but say it is the standard of living that divides the population today.

Gosba is poor, very poor. Running water is scarce, the police absent, as well as most activities. In Sidi Makhlouf, which has the same number of inhabitants, there are numerous shops and cafés.

Messaoud told his superiors that “if there were justice, the youth centre [which he heads] would be in Gosba, where the youth are marginalized.”

“Youths in Gosba have a reputation for being delinquents. The state’s absence has damned a generation," he says.

The black inhabitants of Gosba are seen by their neighbors as being poor or criminals. The lack of diversity and contact do not help. More than a skin color, “black” has become a social class in Gosba.

In 2013, Messaoud staged a play at the youth centre about a love story between black and white, under the palm trees.

“If we are oppressed, it is also because we do not step up and speak. We have to address our mindset for anything to change.”

PHOTO GALLERY
Life in the village of Gosbah

This piece originally appeared on HuffPost Tunisia and was translated into English. 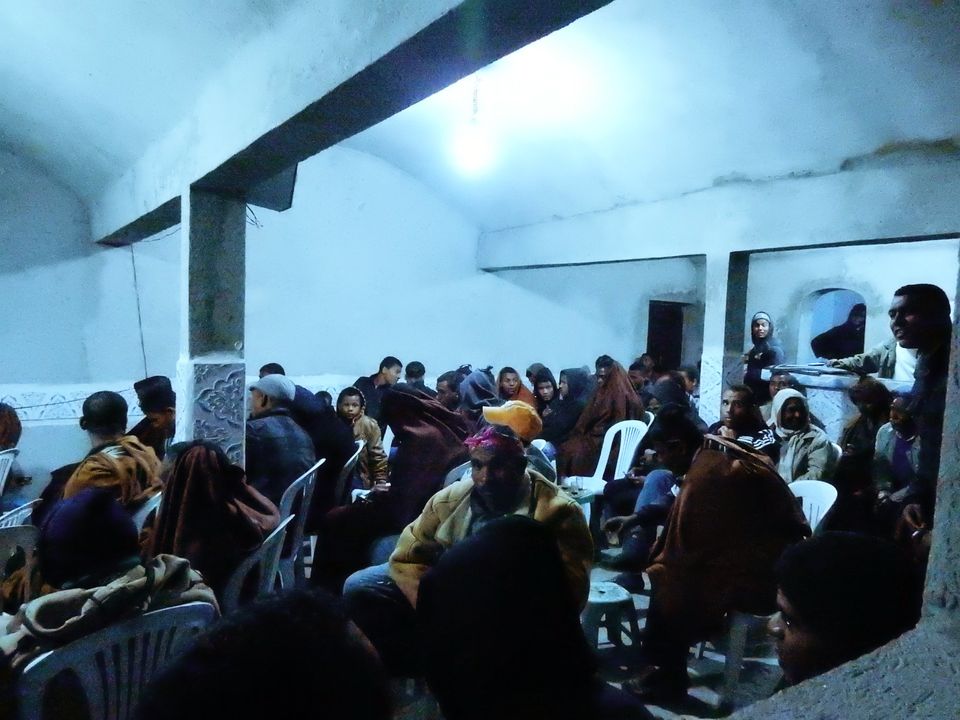