The prosecution made a motion for a "Gag Order" (a motion to disallow media) in the case of Barrett Brown. Brown is one of the subjects of my film, The Reality Wars, which is about the targeting of hacktivists, activists and journalists by the US government. Brown is both a journalist and a hacktivitst. He does not possess technical hacking skills though he does promote the public's right to information. He is facing 105 years in federal prison primarily for doing his job as a journalist.

Brown's counsel, Ahmed Ghappour and Charles Swift, moved to continue (postpone trial date), explaining that more time is required in order to prepare his defense. There are two terabytes of electronic evidence to be reviewed. The government opposed on August 8, 2013, and, in its opposition, surprisingly requested a Gag Order. The Gag Order is for all parties to refrain from talking to members of any television, radio, newspaper, magazine, website (including bloggers), or other media organization about this case, other than in matters of public record.

The government believes that Brown and counsel intend to use the expanded time to try the case in the media, as implied in linking the denial of a continuance and the request for a Gag Order. The government contends that the attorneys are coordinating and soliciting media coverage of the case.

The defense counters "that an inspection of the visitor log at Mansfield Detention Center [where Brown is incarcerated] will reveal that no members of the media, including Mr. Hastings, [the deceased uberjourno and a personal friend of Brown's] or a 'documentary filmmaker' have met with Brown since counsel's entry into the case. Thus, the government's assertion that counsel is 'coordinating' prison visits by journalists, documentary filmmakers and other members of the media to 'manipulate' the media is without merit."

In the pleadings, the prosecution contends that a documentary filmmaker has been talking to Brown since April. The pleadings state, "The following are a few examples of the defense-solicited/encouraged publicity. In April 2013, Brown had numerous conversations with an individual who wanted to do a documentary on Brown and Project PM. In June 2013 and July 2013, the documentary was being 'worked on,' but has yet to be made public."

I am the documentary filmmaker to whom the prosecution refers and the film is The Reality Wars, where Brown features prominently. The government references "numerous conversations" in April 2013 between Mr. Brown and an individual "who wanted to do a documentary on Brown." Correction: is doing a documentary on Brown, as well as other targeted hacktivists and journalists. 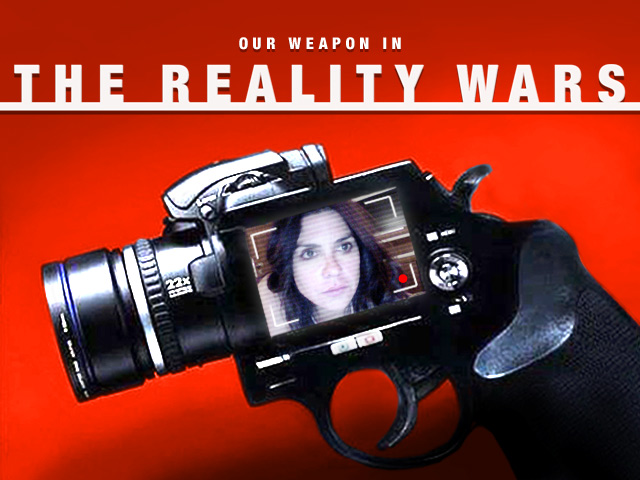 I spoke to Brown on several occasions. In addition to being a filmmaker, I am a lawyer, thus I was careful not to ask Brown about any of his charges. Frankly, as a filmmaker the specific charges against Brown are less interesting to me than the why. In other words, what about Barrett Brown is so threatening to the government that he is being charged with a whopping 105 years?

I did indeed speak to Brown on several occasions. I have, until this moment, not written about the contents of our conversations. For now I would like to say we spoke of things of a general nature. What it's like being incarcerated? Not great. What he's reading? Crime and Punishment and The Gulag Archipelago. We chatted about the link between intelligence contractors and the Surveillance State and the targeting of journalists like Glenn Greenwald. We also talked about Fox News's James Rosen and Associated Press's phone surveillance by the DOJ.

To be clear, Brown and I never spoke about the charges against him. We spoke in an off-the-cuff friendly manner, a prelude to the more formal and government sanctioned on-camera interview to come. We were both aware that our conversations were audiotaped. The contents of our conversations are in the hands of the state.

The takeaway from my conversations with Brown is that not only is he highly intelligent, we all knew that, but also a courageous individual with an incorruptible moral independence, and therein lays the rub. How does the state, determined to know about every aspect of our lives -- what we read what we write, our likes and dislikes -- deal with this brilliant young man? A man with a particular "obsession" (his word not mine) with the nexus between the intelligence contractors and the surveillance state? By locking him up -- and now shutting him up.

His actions and words revealed his determination to expose government and corporate overreach and corruption. Brown was making connections between intelligence contractors and the surveillance state long before Edward Snowden, the NSA whistleblower, revealed PRISM and other mass surveillance programs. Note that Snowden was employed by Booz Allen Hamilton, an intelligence security contractor.

Intelligence security firms are for-profit firms that contract with corporations and governments. They are mercenary intelligence outfits. They are an essential element in mass data accumulation and spying on the American people, as well as in manufacturing false realities through the use of new technologies. Brown was shining a spotlight on an area that routinely operates in the shadows.

As to the government's assertion that Brown and his counsel are soliciting media coverage of the case, in respect to myself, this is utterly false. I am making a movie about the targeting of hacktivists and journalists. He is a well-known journalist who has been published in Vanity Fair and The Guardian, to name a couple. Why would it be surprising that we find it news that one of our own is facing 105 years in federal prison for doing his job? That story kind of sells itself. If anything, Brown's counsel is limiting access to Brown. That has most definitely been the case with me.

In order to find out how I could go about getting permission for an on-camera interview I went through many hoops, and with no assistance from Brown's counsel. I first reached out to Vince Warren, President of The Center for Constitutional Rights. I then contacted Lt. Jerry Hensley at Mansfield Detention Center, who kindly informed me that he would allow an onsite on-camera interview at his facility. He added almost as an after thought that Brown was under the jurisdiction of the US Marshals and that I would also need their approval. Fair enough. Further investigation in the DC office of the US Marshalls revealed that I would need the permission of Sarah Saldana, US Attorney, Northern District of Texas, and permission of the presiding judge of the case. I sent an email to Ms. Saldana's Media Office.

Oh, did I mention that Ms. Saldana's signature is on the Motion to Deny Continuance and request for the Gag Order? No matter, if the Gag Order is denied I will continue to pursue the interview and the permission of Ms. Saldana and the judge.

In fact I have phone called in to Ms. Saldana. I am confident she will allow the interview. She has no reason to deny permission, as my film will not be released until after Brown's trial and I will abide by any limitations she imposes. I will keep you posted as to the status of my request for the on-camera interview.

As to the Gag Order, there's this pesky little nuisance that ought to be considered before granting Gag Orders. It's called the First Amendment.