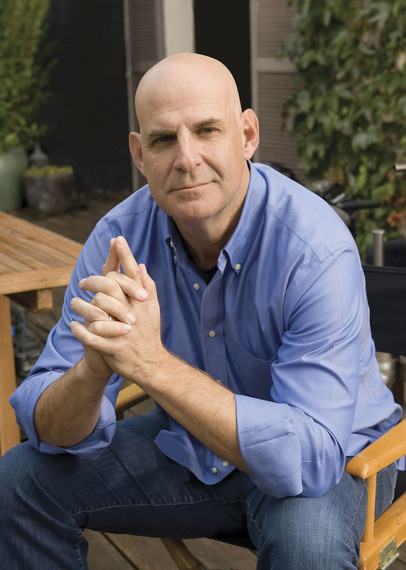 Harlan Coben is known to readers everywhere. His first novel was published when he was 26, and after two stand-alone thrillers, Play Dead in 1990 and Miracle Cure in 1991, he began writing the popular Myron Bolitar series. His 2001 standalone novel, Tell No One, was hugely popular. In 2006, Film director Guillaume Canet made the book into the French thriller, Ne le dis a personne. The movie was the top box office foreign-language film of the year in the U.S.; won the Lumiere (French Golden Globe) for best picture; and was nominated for nine Cesars (French Oscar), winning four awards.

Harlan Coben has gone on to write eleven more standalone novels. His books regularly appear on the New York Times bestseller list, and more than 60 million have been sold internationally. He was the first writer to receive the Edgar, Shamus and Anthony Awards.

His latest thriller-mystery is The Stranger. Adam Price is an attorney married to Corinne. They have two sons and enjoy a wonderful life, living in Cedarfield, New Jersey. One evening, a stranger approaches Adam at an American Legion Hall. He stuns Adam with the revelation his wife faked a pregnancy, and tells him how to confirm this deception. Soon after Adam confronts Corinne with this secret, she disappears, sending him a cryptic text message. As Adam searches for his wife, it becomes apparent he is enmeshed in something far more sinister and all-encompassing than just his wife's deception. In usual Harlan Coben fashion, the plot has multiple twists and a completely unanticipated ending.

The plot of The Stranger, like your other novels, is quite intricate with many twists. How do you structure them?

When I start to write, I know the beginning and the end, but I don't know much in between. I've often compared it to travelling from my home state of New Jersey to California. I could take Route 80--the most direct route--but chances are I'll go via the Suez Canal, and stop at Tokyo. But, I always end up in California.

E.L. Doctorow once said, 'Writing is like driving at night. You can see no farther than your headlights, but you make the journey.'

Sometimes, I'll outline one or two chapters ahead as I go along, but generally, I don't outline.

The Stranger, as do many of your novels, involves someone who's gone missing. Actually, Harlan, I view you as the Master of the Missing Person. What draws you to this scenario?

It's an intriguing scenario. A missing person could be alive or dead. There's hope. I love writing about hope. Hope can make your heart soar, or can crush your heart like an egg shell. For me, missing people ratchet up the emotion. Unlike in a murder mystery, there's more than justice being served in solving the crime; you can have full redemption when the person is found. I love the possibilities disappearances present.

What do you think makes your thrillers so appealing?

I don't know. It's something for someone else to say. I aim to make the story gripping and the characters compelling, without wasting any words. I think the key is the emotional layer beyond simply stirring the reader's pulse; I want to stir the heart. I try to make the reader really care about what happens to the people in the book.

Your thrillers don't involve the usual protagonists -- soldiers, detectives, lawyers, CIA agents, or spies. They're about ordinary people whose lives change in a few dramatic moments. Will you talk about that?

I enjoy writing about that sort of Hitchcockian ordinary man who finds himself in extraordinary circumstances. That situation is more compelling and the reader can relate more readily than if the character is some kind of superhero. I want the reader to be immersed in the protagonist's world, and not be able to leave it. In The Stranger, I want you to be in Adam's shoes, to feel what Adam's feeling and thinking. It helps if he's the kind of guy who lives down the street, and is less classically heroic. I try to keep the reader up all night, wanting to know what's going to happen.

Do you feel the most frightening things are those that could actually happen to anyone?

Almost all my ideas come from something that happens in my regular life. I then think, 'What would happen if...?' For The Stranger, I didn't make up the Fake-A-Pregnancy website. There are sites that actually sell "bellies" and fake sonograms, along with bogus pregnancy tests. That being the case, my mind says, 'What would happen if someone found out his wife was never pregnant and just faked it?' It's basically the real-life 'what ifs?' That's how all my books start.

You once said reading William Goldman's novel, Marathon Man, was a life-changing event. Tell us about that.

I was 15 or 16. I hadn't read many adult novels; mostly, I read the classics and school readings. My father gave me Marathon Man. I found myself racing through it. You could have put a gun to my head, and I wouldn't have been able to put that book down.

While I didn't try to become a novelist until years later, I think sub-consciously, there was something inside me that said, 'What a cool job it would be to be able to make people feel the way I'm feeling right now, reading Marathon Man.'

What has surprised you about the writing life?

It's been a very interesting climb for me. I didn't hit it right away. I took all the steps along the way--being published by a small house; then by a slightly larger one; then came a bit of recognition; then a little bit more sales; then more, until the last seven novels have debuted as number one on the New York Times list.

I have a true appreciation of how lucky I am. I think one of the surprises is that as a bestselling author, I can still have a normal life with my wife and four kids, living in the suburbs.

What do you love about the writing life?

I think the short answer would be 'What don't I love about it?' There's no downside for me. I guess I'd rather not have to do so much travelling; and writing never gets any easier. It always torments you. There's that insecurity, the feeling I'll never be able to do it again. Unlike some other jobs, you can never, for a second, just show up. But really, for me, there's very little downside, and I love what I do. It's been a dream come true.

What would you be doing if you weren't writing?

I have no other marketable skills. I'm disorganized, forgetful, and easily distracted. I don't know what I would be doing. Frankly, that's part of what makes me a writer. Writing is a form of desperation. Most writers aren't capable of handling a real job in society. This is all we have. So, this is what I do.

If you could have any five people from any walk of life, living or dead, join you at a dinner party, who would they be?

Well, I'd love to have my parents with me. If I chose writers, I'd invite those I've known personally, who have passed away: David Foster Wallace, Elmore Leonard, Donald Westlake, and Ed McBain. They were writers whose work I admired greatly, and whom I personally admired enormously.

Congratulations on writing The Stranger, another suspenseful thriller whose gripping and intricate plot is completely plausible, and chilling.