Hoar frost spreads across nearby fences, streets are layered with snow, three inch needles of ice hang off of the trees. Hands and toes are numb, noses red, eyelashes frozen in place. And yet, the stark beauty of a prairie winter is inviting. Over fifty years ago, families of Greek immigrants fled Greece for Canada. Far away from everything and everyone they once called home. Like immigrants and refugees before and after them, they hurled themselves thousands of miles over an ocean in hopes of freedom, prosperity, and opportunity. 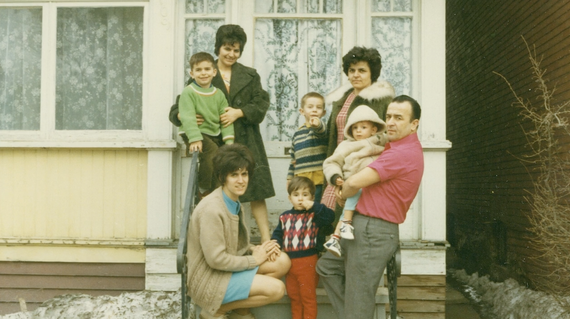 They built businesses, a church, and raised children in the midwest province of Saskatchewan. Greek children at home. Canadian children out there. Children who would find themselves in between two cultural worlds; "the patrida" (motherland) and the blistering cold of a prairie winter in a farming town called "Moose Jaw". There, Christmas Day in 1973, on the corner of 1st Avenue and Hochelaga Street stood Stephan Lentzos, Peter Lentzos, Nick Kourles, and George Dimas. Four sons of Greek immigrants, cousins, trying to come to terms with the world around them. It isn't an uncommon predicament, and as refugees pour into Canada today it won't be for a long time. Their children will also stand exactly here, on uncertain ground, wondering who they are and will become. What's unique in each of these cases is the path chosen by the beholder. 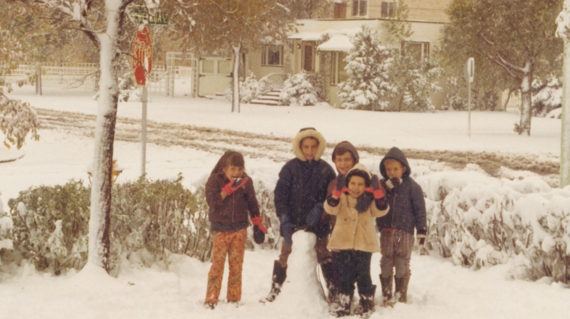 For my family, my uncles, those four little boys forty three years ago, an opportunity at cultural assimilation presented itself through one of Canada's most iconic past times...pickup hockey. For over four decades, the ritual of stick on road and puck in net has taken place annually on Christmas Day for Stephan, Peter, Nick, and George who, now grown men, have families of their own. What was once four kids has become thirty cousins, sons, and nephews playing annually on frozen ground, sticks in hand, sometimes forty degrees below freezing. The game has since moved to a larger city, "Regina", forty five minutes away, but the meaning of the Hochelaga Cup stays the same. Comradeship, family, and respect for those who sacraficed for your freedom in a country that has given you everything.

As a filmmaker and storyteller I often look no further than my own family. "The Hochelaga Cup" has become the subject of a documentary I produced, directed, and just released, placing this unique and personal story of cultural assimilation in a time capsule for generations to come. For every refugee and immigrant family who took a chance, every child trying to come to terms with their surroundings, and every family who keeps finding reasons to stay together, this film is my ode to you. It's my way of saying don't be afraid and look around. Catalysts for cultural assimilation, in this country, grow bigger by the day. My grandparents, uncles, and aunts thankfully realized that long ago and continue to realize it. They've stayed Greek while becoming Canadian and this documentary is my way of saying 'thank you'.