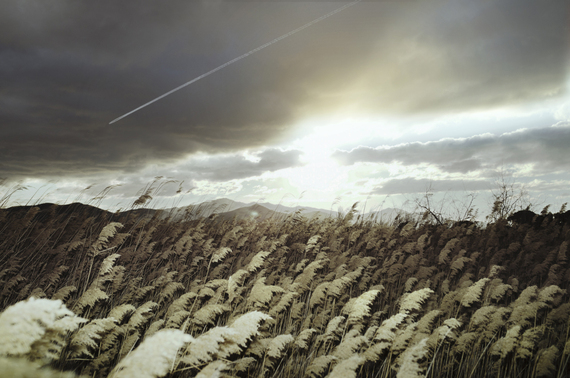 Forget all words and give shape to no phrases.

We learn more in silence, undisturbed by the sound of our voice. For if destiny is mind dependent, then it's inferior to ourselves, therefore it's unimportant. If destiny is subject to the ephemeral projections of ego upon the world around us, then it has no way to influence our lives, no more than the decisions we are asked to make anyway. And if destiny hides itself in the decisions we make, then it can only be through those decisions that we embrace effortlessly, driven by an unexplained impulse, regardless of what our mind dictates. It is because destiny manifests the inevitable. This is not an act against free will, it only reveals the nature of things and it proves that the freedom of our soul is not a choice but a fact, it's not subject to our will but inseparable to our existence. They are both occurring together. Destiny preexists because it is a requisite of existence.

Destiny is a force that doesn't aim to push our mind towards a goal, but to release ourselves from the boundaries of circumstances, where mind seems always to thrive the most. It is quite often that we confuse circumstances with destiny and this is because our mind has the passive tendency to attach itself to them. An unfortunate event, injustice, inequality or lack of opportunities are not subject to destiny. On the contrary, destiny is the way to deal with them efficiently. For we do have to release ourselves from the weaknesses of the mind. Many of the negative thoughts that torture our mind are only generated by the reflexes of our mind. They are not to be embraced or taken too seriously, exactly because they are only the result of a reflexive reaction, and an imperfect one too.

Think of the reflexes of our body. A reflex is the fast, involuntary action of our body in response to a certain stimulus. Their purpose is to protect us from danger, an automatically activated safe mode that covers our body and the faster it responses the healthier a body is. Some of them are innate reflexes, they already exist inside us. Some others though are acquired reflexes, gradually developed by training and association through the frequent repetition of a definite stimulus. Our body has the ability to adapt to certain conditions and as these conditions change, our body changes as well. All of these reflexes are connected with the presence and they occur as an instant response, right after the stimulus.

Our mind works the same too. But, alas, the stimuli of the mind are more misleading than the ones of the body. For our mind responds mostly to ideas that are easily influenced by our interpretation of the past and the prospect of the future, yet rarely of our presence. A negative idea, fear for example, gets usually projected either on our past or the future. We fear the consequences of something that happened in the past and how it will influence our future. Both the past and the future though exist only as a projection of our own mind, so this fear is eventually projected only towards our own selves. While the reflexes of our body keep us aware of the presence, the reflexes of the mind tend not to.

Destiny occurs in the presence, because it is continuous. It's not an intimate promise but a constant activity.

Lucius Annaeus Seneca, the Roman Stoic philosopher who lived in Rome in the first century AD, once said that "The willing, Destiny guides them. The unwilling, Destiny drags them". In fact, Cleanthes, a Greek philosopher in the Stoic school of Athens, about two centuries before him, had already shown the way. For the Stoic Philosophers the goal of life was "to live consistently", as Zeno, the founder of the Stoic School in the third century BC, had said. Cleanthes went a step further when he said that the goal of life is "to live consistently with nature". What he really meant was that our life should be aligned with the course of the universe, for the universe itself is guided by reason and there is no greater privilege for us than to be aware of the universal course, to be able to acknowledge it as reasonable and embrace it with a joyful heart. Because the true freedom of will is not expressed when acting carelessly, without purpose or motive, but it's manifested when we follow the universal order of things.

Cleanthes, in his Prayer to Zeus, gave us a touching realization of the universal course:

Lead me, Zeus, and you too, Destiny,
To wherever your decrees have assigned me.
I follow readily, but if I choose not,
Wretched though I am, I must follow still.

A few centuries later, when Seneca translated Cleanthes' prayer into Latin, he added an extra verse to the poem, a definite line to conclude the revelation :

Fate guides the willing, but drags the unwilling

And for that to happen we only need to be aware that we are all destined to be free.