It's amazing how America has changed in just one year, as today, the Republicans will begin their convention, in which an outspoken and out-of-control businessman will accept the party's presidential nominations, and Americans are more outraged than ever before.

In restaurants, bars, stores and many other places, many Americans are much more uptight and edgy than they were just a year ago today. In the last year, Americans have warmed up to fascist ideas, such as deporting 11 million immigrants and suspending immigration from certain Muslim countries.

It's not just the far-right that's outraged. The far-left is outraged and uptight as well, especially those of hispanic decent and those of the Muslim faith. They now fear on a daily basis that their lives will be dramatically changed in six months.

Throughout the primary season, many protests against presumptive Republican Nominee Donald Trump became violent and led to arrests. On June 12, a deranged gunman gunned down 49 innocent people at the 'Palm Night Club' in Orlando, Florida. On July 7, Michael Xavier Johnson murdered five police officers in an ambush at the end of a Black Lives Matter rally in Dallas, Texas. Then, on Sunday, another gunman ambushed and murdered police officers, this time in Baton Rouge, Louisiana. 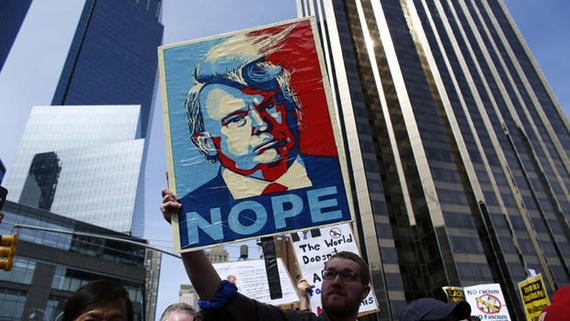 The culmination of these events and Trump's ideas have riled up Americans on both sides of the political spectrum like never before. A large group of people want a man, who is known to have a very short temper, a man who openly mocked a disabled reporter, a man whose campaign manager physically assaulted reporters and a man who has passive-aggressively promoted violence against his protestors with quotes such as "I love the old days. You know what they used to do to guys like that when they were in a place like this? They'd be carried out on a stretcher, folks." to have his hand on the button. This is precisely why I have labeled this summer as 'The Summer of Rage.'

A lot of the tragic events that have transpired throughout the country this year have been inspired purely by fear. People of non-white descent fear what is going to happen to them if Trump is elected president. People on the right fear what is going to happen if Former Secretary of State Hillary Clinton is elected, because of Trump's rhetoric and the right-wing witch hunt that has been out against her since the end of the 2012 Election. I have had two people, two normal and everyday people, tell me that they would personally assassinate Secretary Clinton if they saw her in person. That is how dangerous this election has made things, and this is exactly how much this election has changed the American way of life. When people talk about wanting to assassinate politicians, while they're in public, something is very wrong.

In my opinion, this is probably the worst year for our country since 1968, when another presidential election riled up many Americans. That year, there were many race riots following the assassination of Martin Luther King, Jr. Just two month's after King's assassination, on June 4, 1968, Robert F. Kennedy, a Democratic presidential candidate and the brother of the late President John F. Kennedy, was shot at the Ambassador Hotel in Los Angeles, following his primary victory in California. Kennedy died the next day. During the Democratic National Convention in Chicago that year, police clashed with many anti-war protestors. 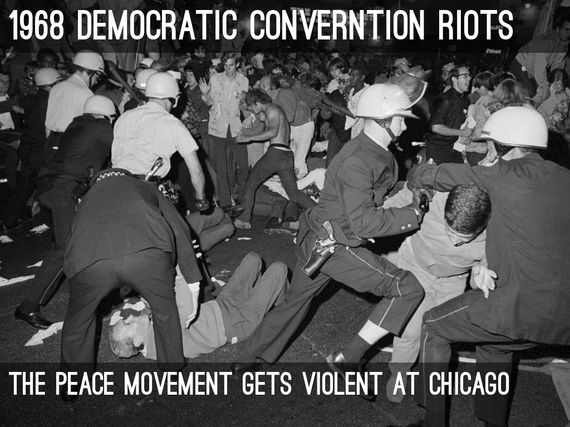 With the Republican National Convention set to begin in Cleveland today, police from other departments have been sworn in to the Cleveland Police Department in anticipation of potential unrest. The Cleveland Police Department also asked Ohio Governor John Kasich, a former presidential candidate himself, to suspend the state's open carry laws through the convention. Governor Kasich claimed he was not able to do so.

America is in the midst of one of the toughest times in its nation's history, and as the Summer of Rages continues to heat on, this convention and Trump's acceptance speech on Thursday will likely only further fan the flames. Americans have been through tough times before; the Civil War, the Great Depression, the Cuban Missile Crisis, 9/11 and others. America got through those events, and while I'm cautiously optimistic that America can get through this election and the Summer of Rage, Americans need to come together out of compassion and selflessness and make the stand that hate cannot be tolerated any further for the future and the sake of our country. 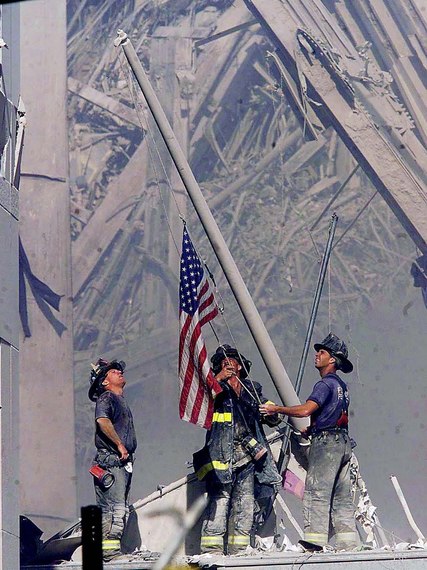