With his editors calling it a "new dawn," Rupert Murdoch launched the new Sunday edition of The Sun in London on Saturday night.

The paper, which is replacing the News of the World after that title's phone hacking misdeeds led to its closure, was only officially announced eight days ago. Since then, Murdoch and News International have been on a whirlwind publicity blitz, in an attempt to catapult The Sun into the top spot in the hyper-competitive Sunday market. Since the closure of the NOTW, that slot has been filled by the Mail on Sunday. As part of that effort, The Sun is being priced at 50p, well under what its competitors charge. Reports have said that Murdoch is making an increased push for female readers with the new title.

In a tweet on Friday, Murdoch said that he would be "very happy" if sales were "substantially over two million!"

The paper's launch was accompanied by an editorial containing the usual levels of Murdochian bravado. "The Sun has been a tremendous force for good," one section read. "It is worth reminding our readers, and detractors, of that as we publish our historic first Sunday edition during what is a challenging period."

The "challenging period" line, along with several others, was part of the attempt by the editors to address the ongoing criminal investigation into The Sun and the wider Murdoch empire. So far, ten journalists from the paper have been arrested in connection with the bribery of public officials.

Murdoch has faced internal dissension for his decision to hand over incriminating information to police, but the launch of the new paper, as well as a promise to let all arrested journalists return to work, managed to both quash a growing revolt and change the dominant story about his company for the time being. Judging by those exclamation points in his Twitter feed, the moves have also put a new spring in his step. How long he can successfully maintain this state of affairs is a very large open question.

Moreover, the phone hacking scandal shows no signs of slowing. The Independent even quoted some News International sources who said that the Sunday edition had been rushed to print to avoid explosive new revelations in the scandal which are coming this week.

The Sun's editors struck a defiant tone on Sunday, but pledged to maintain ethical standards:

News International closed our sister paper the News of the World over the phone hacking scandal. Since then some of our own journalists have been arrested, though not charged, over allegations of payments to public officials for stories. We believe those individuals are innocent until proven guilty. It has been a sobering experience for our entire industry. But it is vital to remember that The Sun has been responsible for some truly outstanding, award-winning investigative and campaigning public interest journalism.

...Our journalists must abide by the Press Complaints Commission's Editors' Code, the industry standard for ethical behaviour, and the News Corporation Standards of Business Conduct. We will hold our journalists to the standards we expect of them. After all, a newspaper which holds the powerful to account must do the same with itself.

Early reviews of the new edition have been middling. One BBC writer called it "an altogether gentler, but also less exciting read than the News of the World."

Below, see the front page of the first edition, as well as photos of the launch of the paper. All photos via Getty.

The Sun On Sunday Launches: Rupert Murdoch On Hand As Tabloid Proclaims A 'New Dawn' 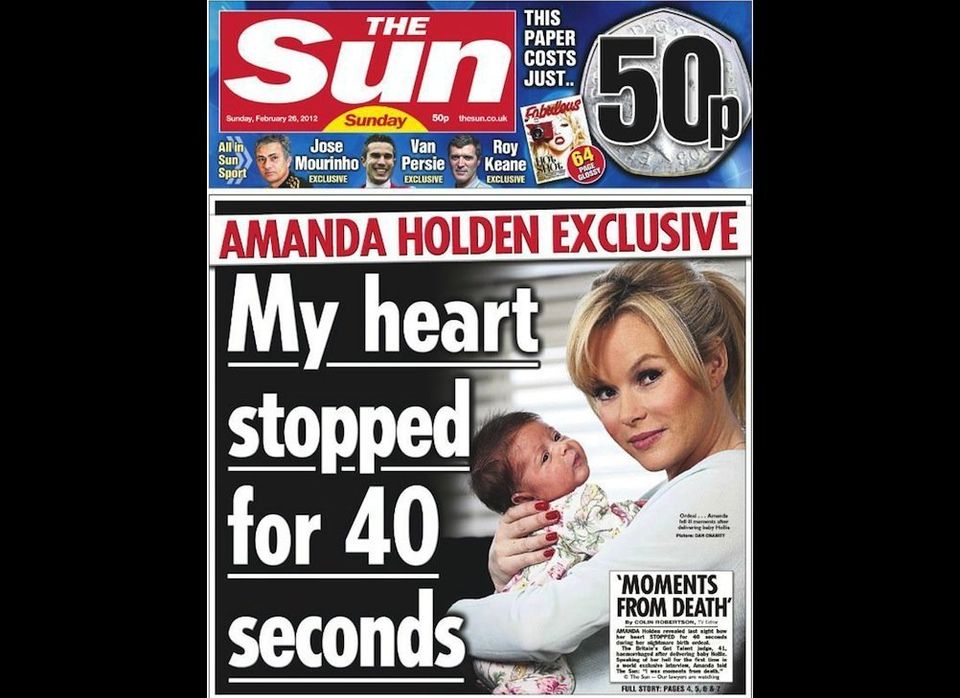