This is one in a series of posts for the HuffPost Culture series "The Sundance Diaries," a month-long multimedia diary kept by the international filmmakers whose 64 short films were selected for the 2012 Sundance Film Festival.

It's New Year's, 2012 and I stand naked at the edge of a hole in a frozen lake. I poke my toe through the skin of ice and metaphor that has frozen over the hole since it was cleared an hour earlier. Though the moment seems ripe for allegory, it's real water down there, that's my foot poking in it, and others are waiting for me to jump.

After a year and a half of living primarily in the little world of a 40-minute film, I'm finding a bigger world that keeps nipping my toes at moments like this. Just because it was a documentary, I fooled myself into thinking our film was reality. I was so immersed in the process that I often felt it was the only reality. I recall driving home from marathon edit sessions marveling at the other drivers on the road: they seemed completely unaware of the urgencies that had ruled my life for the previous hours, weeks, and months. Who were these people and where on earth did they think they were they going?

Now that we've been selected for Sundance and several other festivals, there are even more layers of presumed importance and seriousness freezing solid over this little project of ours. 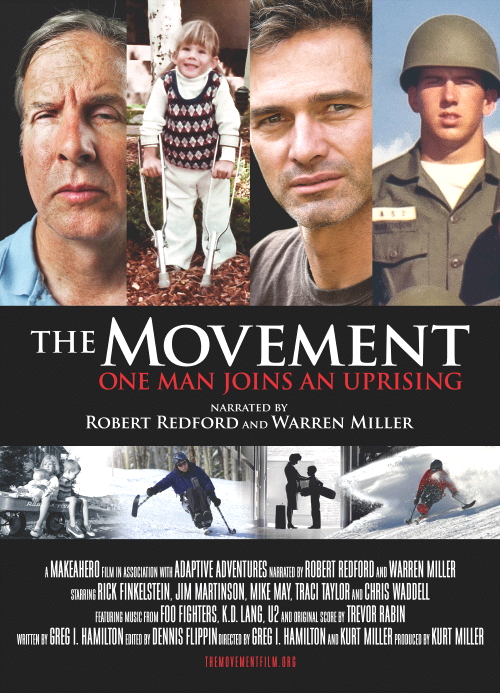 I have this tremendous urge to crack through to what's beneath.

In early 1981 Robert Redford's directorial debut, "Ordinary People," was garnering serious critical acclaim and rumors of all the awards it would inevitably win. Possibly facing a similar urge, he said about that time:

"When I saw the awards trail beginning, I caved in. I just didn't want it. What I was doing was about personal art, about exploring myself and my audience. I was very proud of the film but I did not desire accolades. ... I thought, Screw this! and disappeared." ("Robert Redford: The Biography," by Michael Feeney Callan)

I recall my Eagle Scout ceremony the same way. There was Jon Gunther, my nature center mentor and a teacher I utterly looked up to, singing my praises. All I wanted to do was slink away and -- get back to work, I guess. It's the same with this film: I'm proud of the film it has become; I'm thrilled that we reached the finish line and that it's now gaining such attention. But I'm ready for the next one.

At my first festival, screening as a triple-feature with two other shorts from around the world, another one of the filmmakers waved to the crowd then dashed for the exit before his film started. He later explained to me that he couldn't stand to see his work up there on the big screen, couldn't let go of all the flaws and shortcomings that he figured only he could see. I gather that's fairly common. Sharing the fruit of such an intimate labor of love might feel sort of like standing naked on a frozen lake, with your peers waiting to hear you scream.

For me, I still delight in seeing audience reactions to this film. And I can't deny the sense of refueling that I took away from the perks at my first few film festivals. Caught up in my own enthusiasm for this project for the past year and a half, I had forgotten little things like paying bills, tending to other paying clients, and taking care of myself. To have people serve me free Stellas and ogle that "filmmaker" badge around my neck, well it just felt good.

There was a camaraderie that felt rejuvenating as well. Filmmaking, writing, and most of my chosen pursuits can be lonely. So often the day-to-day is one person laboring over minutia to create one little piece of art. It's nice to find a tribe of like-minded obsessives and feel like we're part of something larger.

But ultimately the spark of creativity that works for me, that worked for the characters in our film, and that I prescribe to anyone who will listen-- is not to seek praise, some sort of work-life balance, or even connections with other human beings. If you want to capture an experience and share it with others, first you've simply got to jump in.

WATCH a trailer for "The Movement," narrated by Robert Redford, below: