About a week ago, my friend Robin called to ask if I'd like to share a groupon with her. Although I'd made it a policy to never do anything remotely groupon related, I said yes because it was Robin and I was in deep need of some Robin time.

We were going to learn how to knit.

Guys, there's only one thing I hate more than bloggers who start sentences with 'guys'--and it's those mealy mouth hipsters who crochet codpieces, and their ye olde sideburned friends who pickle stuff and slaughter their own gluten-free goats. But when I walked into the shop with its cozy hippie furniture and soft glowing bands of color, I got excited.

I like color. I like red and orange and crazy-ass hot pink and I like them together. The knit lady tried to steer me toward a simple beige as it would be a first attempt, but I'm not into first attempts. I had one week until Sundance and I was gonna make my mutha-effin Sundance Scarf. Did I say I like color? I like color and I'm a doer and when I've got a picture of my red and orange and crazy-ass hot pink scarf in my head, I'm like a dog with one of my mom's bras in its mouth.

I chose my yarn and the knit lady cast on for me. Within a few minutes, I got it. Turns out knitting is easy. It's more or less tying knots on a stick and then putting them on another stick. Also, I went to elementary school with a bunch of black kids so my hands can jump into a cornrow rhythm like no white girl you know (double dutch is another story entirely).

The other thing I found out about knitting is that it's straight up Xanax. After our knitting lesson I just kept going. And going. And going. I craved it like I crave... any other recreational activity that makes you feel relaxed. But Jill, you may ask, why or why would you need to relax so damn badly? THE BEST THING IN THE WORLD JUST HAPPENED! You're going to Sundance!

Guess what, I may answer. It's not actually the best thing in the world. It kind of sucks. Getting into Sundance is a certain sort of passport to a level of anxiety I've never experienced, even having had a baby in the NICU for a week. For about ten minutes, you're a world-class director. Then you become an entry-level, harried, low level concierge with absolutely no juice.

My husband and I decided we just HAD to reserve a way too-expensive house close to Main Street-- we'd get the money back from all the people who would wanna stay with us, right? Two excel spreadsheets and a per person/per night/per bed map on my desktop later, I wondered what in the world I was thinking. My best friend from high school was coming, then wasn't coming, then was coming if she could bring her gay friend, then wasn't if he couldn't, then was anyway. We decided I should go by myself, then that we should bring our whole family and nanny, and for a moment contemplated the labradoodles. My teenage kid needed a friend, who at first was coming but couldn't tell his parents, then was coming but wasn't paying, then wasn't coming. What percentage should I charge those who bring their own blow up mattress for the floor, and do I need permission from those paying full freight? And what about bathrooms? Is it rude for me to bring incense from home, or rude not to?

Beds, baths and beyond are NADA compared to screening tickets and party invites. Turns out I've invited ten of my nearest and dearest so that they can come to Park City and feel like crap over and over again. Two of my screenings have no room for me at all, and some of the parties grudgingly welcome me, as a director, but no plus ones. That means everyone I love is in town and I'm alone, sucking on a warm Pinot Grigio, in a cacophonous room full of agents and hookers who want to do unspeakable things for them for free. 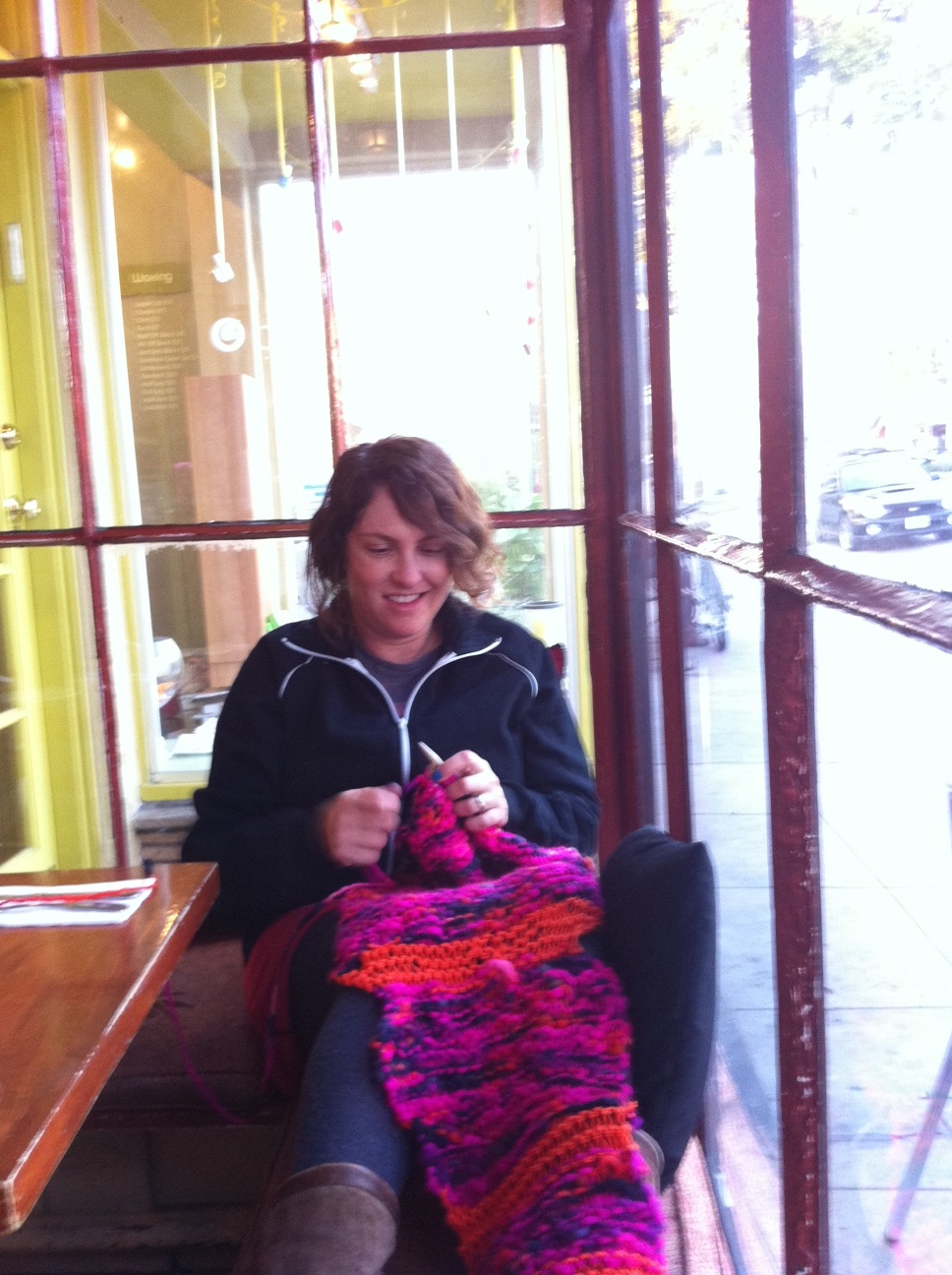 Screw condo space and party invites-- today's lunacy involves weather hellishness. It's been so dry in Park City they were considering changing their main tourism draw to Jazz, but of course tonight, 2-3 feet of snow is predicted. Will I ever get there? Will my kids? My sister? The incense?

By the time you read this it will be Thursday, and you will be able to see the film online as part of the Yahoo Shorts contest (watch it here www.sundance.yahoo.com! Vote for it! Share with your friends!) I will either be on my way or sitting at LAX taking my scarf from 2-3 feet to 20. And if any of you have any idea how to cast off, please look for me on Main Street. I'll be the one with the knitting needle stuck through the bottom of my scarf.