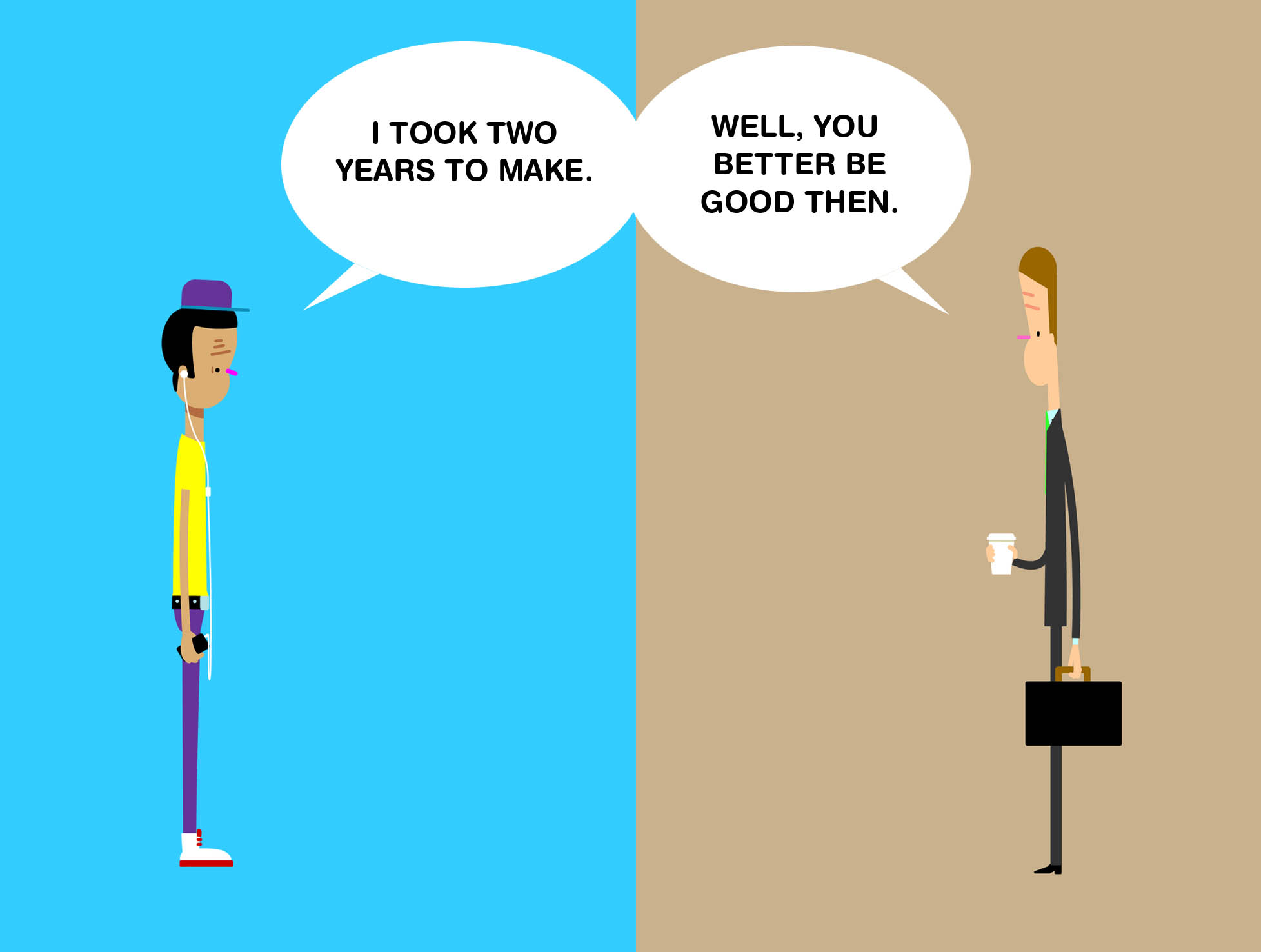 There is a sense of the disposable that is inherent in most things that are brief; that they are slight, or merely diverting. These things might be in some instances true, but not in the instance where you've worked on said thing for two bleeding years!

I can't speak for live action shorts, but the process of animation can be a slow one. New technology has helped, but it's still time consuming. Unlike live action film, an animated film you could do pretty much on your own. Lighting cameraman, set designers, actors. Pah! I can handle that (Although not very well I might say).

This opportunity to go solo on a project is handy; it means the only crew member you have to feed, pay and inspire to greater efforts is yourself. But unlike the joyous union of a live action crew; merry players in a travelling theatre group (that's the vision I have in my head anyway) that work and pull together towards a common artistic purpose over what seems a relatively short space of time. The pale, introverted half blind mole of an animator snails through its shots over a much longer gestation period.

It's hard to get funding to be able to crew up. So yes, we are lucky as animators that we have that solo side corridor to go down that enables us to get something made. Going solo does come with issues though, and again (boring!) - it's time. Either you can go without money and blast through the film night and day, occasionally going out to pick up the groceries and the odd teaching gig to keep you going. Or you can do your regular job and come back home of an evening and work on that damn film in your spare time.

I've made films this way and loved it. But those days have been somewhat hamstrung by the arrival of, big pause - children. And the time you have to work on your own projects in your own time decreases exponentially the more kids you have.

I couldn't find a diagram or chart that specifically demonstrated this so I've done one myself - hope it helps. 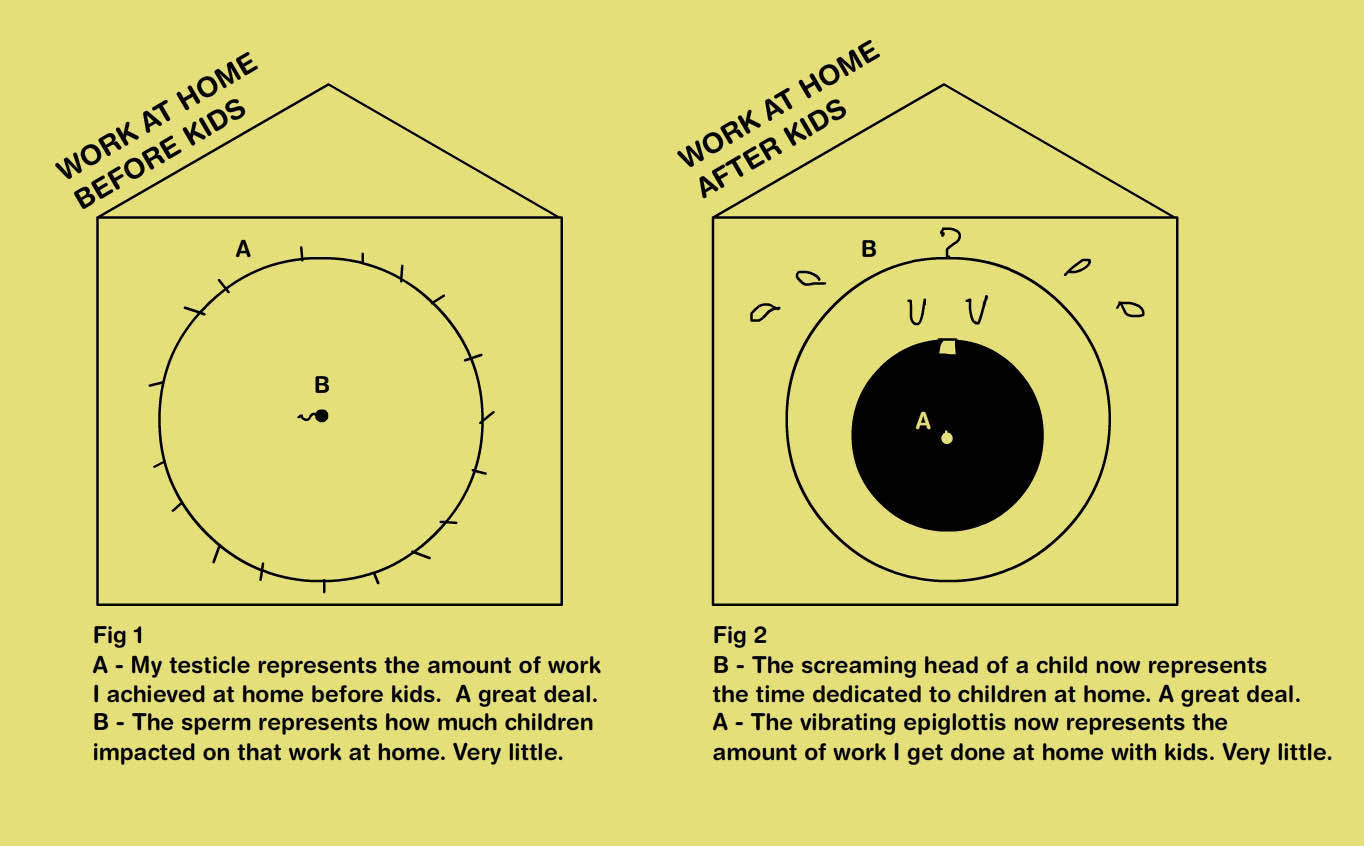 So for my new film, A Morning Stroll, I had to find a new model for making a film. This basically consisted of me begging.

Luckily I work for a very understanding and loving production company that can't bear to see me cry. So when I proposed my idea to STUDIO AKA they amazingly went for it. We still had no budget, but as a collective effort we felt it might not take too long. Commercials are our bread and butter and pay for everything. So Sue Goffe, company Director and my producer set up a system whereby people who were in that limbo period between jobs would jump onto the film and nudge it along a little. Sometimes we had people working on it for a couple of days, sometimes a couple of hours, but incrementally it was getting made. It still took just shy of a couple of years to make. We are a busy company! Also to be fair the length of production wasn't helped by me getting a nasty case of testicular cancer half way through. And mighty inconvenient and itchy it was too. (Luckily the whole treatment only lasted a year as we caught it in good time. Thank you my easily bored and wandering left hand. Remember people- don't just concentrate on the twig, remember those berries too. And if your wife or Mum tells you to get your hands out of there- tell them - 'No! I'm doing important and very thorough self-analysis'.)

Anyway, back to the question of how it feels to take such a long to make such a short film. Well it sucks.

When I've told people how long it's taken to make the film and how short it is; I know they're thinking - 'Well that'd better be a fx~#ing masterpiece.' Or is that me thinking that? Either way, after a certain period of time there's a weight of expectation that can lead to disappointment. But then, it gets selected into festivals and people enjoy it, and miraculously it does something incredible and gets selected for Sundance.

So I'll try to make another film, and hopefully, if I'm lucky that will get into Sundance. Maybe my children will be old enough then to wheel me round to Bob Redford's filmmakers brunch; where a misty eyed Bob will be sucking gazpacho through a straw while getting wiped down by his breakfast nurse (No disrespect to Mr Redford intended. This is the distant future I'm talking about). Things take a long time in animation, so you have to plan ahead.

WATCH a preview for Orchard's "A Morning Stroll" below: