That's the mark of a champion. Against all odds, when the chips are down and it seems hope is lost, you find a way to push through.

The most successful, significant individuals you will ever meet do just that, find a way to survive.

Everyone has a story.

I am Mark Brodinsky and this is The Sunday Series. 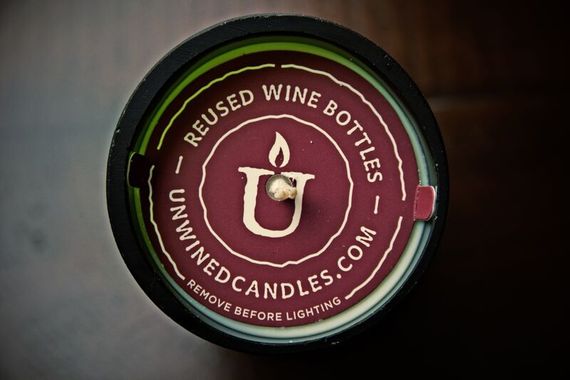 One phone call can change a life.

For Chris Rodriguez it was the call from the owner of Blue Devil Products that fine day in September of 2012. "The owner of the company contacted me while I was on vacation with my family", says Chris, "and told me he was selling the company. Unbeknownst to me he had been working on this for about six months."

Chris's reaction was less than complimentary. "Most people operate out of fear and greed, I was operating out of both that day and said things I should not have said and got fired. I didn't just blow up the bridge that day, I blew up everything the bridge was attached to. In an instant, thirteen years of working and getting myself and my family into a comfortable position, in one phone call, was gone."

The call rocked Chris's world. "I went through stages of grief, like I lost my spouse or my true identity." We sold everything we had in Charleston, South Carolina and moved back to Maryland. For about a year-and-a-half I tried several entrepreneurial things that didn't work out. I had a nice pay out from the former company, but after about a year-and-a-half I told my wife Jen it was time to put on my big boy pants and get out there and get another job. I was living off the payout I got and feeling sorry for myself, I spent a lot of time doing this. The crazy thing is I had cried out to the Lord just a few months before I got fired, saying I am so unhappy doing what I do, please get me out of this, let your will be done, not mine. I believe He actually orchestrated the whole call on that day in September where I blew up and it was over." 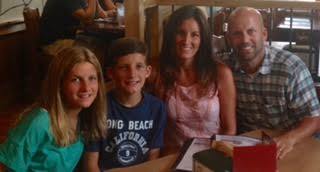 But it was a blessing in disguise, when one door closes, another always opens. In this case Jen Rodriguez was standing behind the door, with a candle in her hand, one she had purchased at a local store. A candle called Unwined - a pleasant smelling wax seated firmly in the bottom of a recycled wine bottle. What's better than wine and a long-burning, fresh-fragrance candle? Apparently the look and the smell was intoxicating enough for Chris to decide this was his next endeavour.

"A light bulb went off and I said I'm going to help build this company," says Chris. I think if you poll the most successful people in the world most don't have college educations, the word you will repeatedly hear is determined. I'm a guy who has developed pleasant determination. I've got that entrepreneurial blood boiling in me and I never doubted my ability. One thing God has given me is a mind for business. I can take it from nothing and make it something."

Chris quickly learned that the Unwined candles were not a major chain, but instead being created in one man's garage in Sykesville, Maryland. And isn't that where some of the best and most brilliant ideas are born? Anyone ever hear of Steve Jobs and Steve Wozniak and the Apple computer? Chris knew he could take this and make it "something". He knew there was another company with a similar product, but he also knew he could take this project and push it to five times the revenue of what the other company was doing. Like Apple vs IBM :) 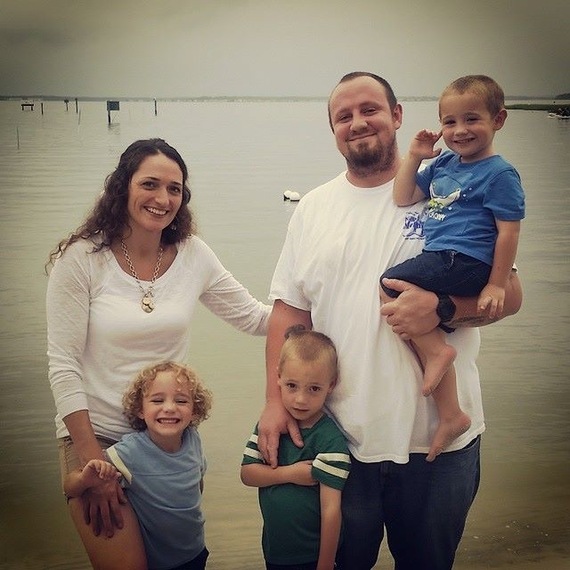 Chris knew Unwined only needed a plan and a great connection. "Before we partnered up we needed to get to know each other personally," says Chris. "And we spent about two months doing just that with our families as well to make sure it was a good fit in that respect." The relationship that developed felt and looked as good as the Unwined candles being developed so Chris signed on in August of 2014, a little more than one year ago.

Understand the most precarious position of any new business is that first 12 months, that first year, make it or break it time. Any small business knows this first-hand, especially as it gets going. 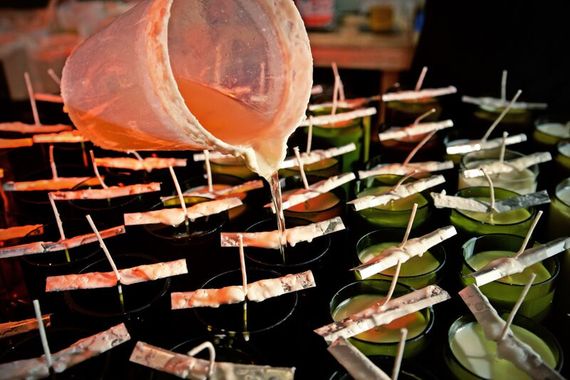 Chris's first move was a marketing overhaul for the fledgling company, a new label and a new website and then he spent the next five months doing the one thing what can define the success of any business, marriage or other partnership - he built, nurtured, cultivated and even leaned on his relationships. "My goal was to establish partnerships with places like Pottery Barn etc and make this a nationwide distribution system."

Chris invested his own dollars into the business and acquired another partner in Brett Austin. In January of this year they moved the business from Dave's garage and 200 square foot shop into a 7,000 square foot warehouse in Randallstown. In the last six months of 2014, as Chris was busy cultivating relationships and orchestrating the reworking of Unwined the company did $45,000 in revenue, since March of this year, when Chris says this deal "really kicked off" revenue kicked up from $45,000 to $290,000. 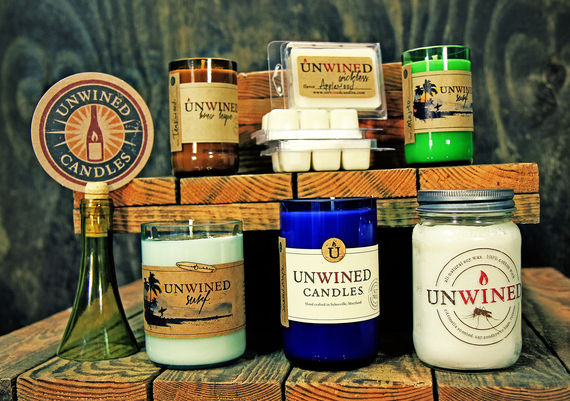 But as with any small business, there comes a defining moment. That moment is now.

Candle season -- really from September to March -- is on the horizon, but so are the storm clouds. The costs of creating and distributing Unwined are substantial, eating into revenue and forcing some tough cutbacks. Much like doing what's right for your family, sometimes sacrifices must be made and Unwined is making tough decisions to keep moving forward.

Chris says there is a lot of talk about "courage, fear, anxiety and faith in God right now, but I know God will come through and take care of us. I'm not going to quit, I've never quit at anything in my life. My faith in God helped orchestrate all of this -- he always does. Here was this guy making candles in his garage, and it might not mean we all become millionaires but that's not the point. It is to touch people, to love people to make them feel good. There is no plan B, in business if you ever have a plan B ,(meaning this is what we'll do if it doesn't work), then it takes your focus off building this business. If it doesn't work, it is simply a springboard to something else."

(Check out the Unwined Video: http://youtu.be/yJqBtjrNFm4)

Chris continues, "but we've got the passion, it's a great idea and there is no question in my mind this will blow up and be huge." Reorders are already on the rise for Unwined and the goal right now is to secure the "business backyard" which is in Maryland and continue to look to go big. Chris has managed to find a way to get the candles to celebrities like Reba McEntire and is looking to go after other big fish, who with one small splash could create a wave that would create a Tsunami of good for Unwined. People like Ellen, Oprah, Taylor Swift. What is a better magic threesome then a successful woman, some wine and her favorite candle? 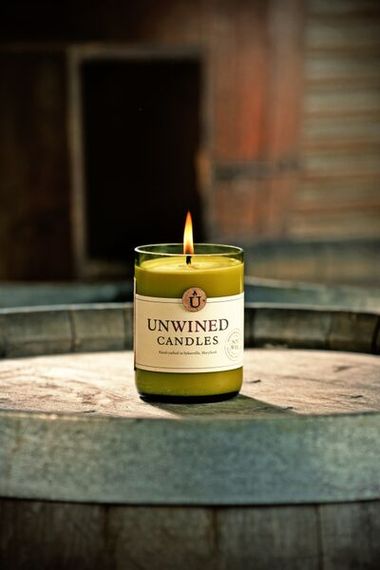 On a personal note let me just say this -- this blog is about courage, hope inspiration, overcoming obstacles, starting small and living the life of your dreams - and just by chance, I met Chris, Brett and Dave -- and they deserve this shot. Great companies are defined by great people -- these are some of the best -- they believe, they have passion, they have faith, they have a vision, a mission and just as importantly they have a really cool product. That "one big deal" would be a game changer. If there was ever a company deserving Unwined is it. These candles, ones my wife and I have purchased and that burn in my own home, bringing warmth, welcome scents and feelings of peace and comfort.

And so the hard work continues. Remember there is no doubt a business is defined by process, product and its people. Chris says he is all about those three things: "you hope to have the right people in place, but if the process and product is right, the people will change as well. What we've been working on, and it's almost there, is defining the process to make it happen. Once all those three work there is no way you won't be successful."

Any business, one you put your heart, soul, dollars and faith into is like raising a child. It is your baby. And Chris, Dave and Brett want nothing more than to see this baby grow and change the world and touch people in its path. Faith in God, belief in the product, the process and the people - and maybe most importantly the journey - getting a chance to do what you love - to attract the same goodwill and good feeling you are trying to emanate by creating something with passion which enhances the life experience of another person.

Something to help us all get Unwined. Good luck gentlemen, the world is waiting.

Until next time, thanks for taking the time

Feedback and story ideas are always welcome and encouraged. Leave a comment on the blog, reach out on social media or e-mail: markbrodinsky@gmail.com