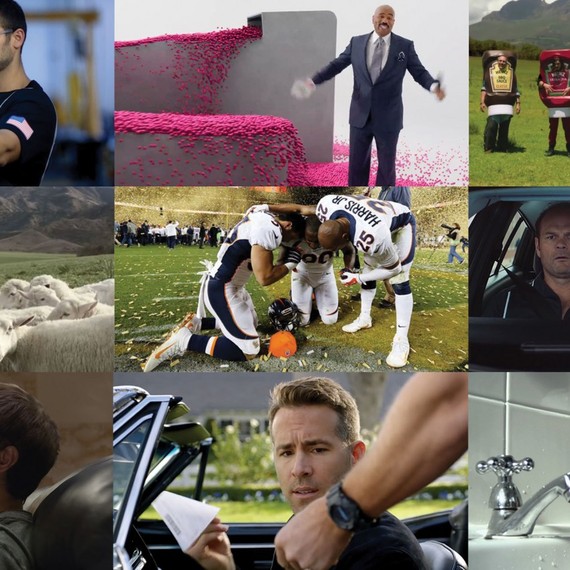 The Super Bowl just ended -- the Broncos upset the favored Panthers, in what was for some an exciting game (for me, anyways). I ate way too much -- way, way too much, had a great time with my friends, and joined over 100 million people around the world (record viewership remains a possibility -- we'll know later today) in a ritual event that gets bigger with time. 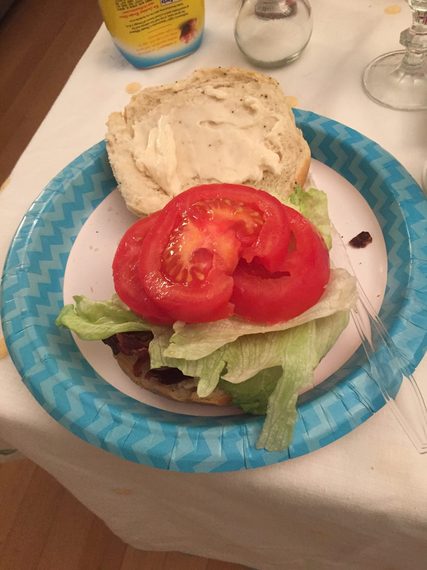 I could leave it there. Live sports is alive and well and getting better as broadcasting technology continues to develop. The stop action, the Intel 360, the close-ups, the sky cameras, almost 3D, all add up to an amazing viewing experience and the large high def screens many of us watch on enhance the magic.

Clearly the experience of the producers and directors of the live action is key and in my opinion make the issue of how you get it a moot point. Who cares if you watched it via network or streaming or cable or whatever, the pipes are irrelevant -- it's what they carry that is key, that excites, that makes it worth the ritual.

I'd argue strongly that you need look no further than Netflix or Amazon or anyone hiring the best writers, directors, producers and actors to understand that the question is not CBS (the US broadcast network that originated the Game) vs. Google or other pure digital carrier, but rather the entire package of producers, directors, camera people, commentators, statisticians, etc., etc., that will make the difference.

I don't believe that Google, just by buying the rights when they come up, will disrupt the market. In fact, I'd passionately argue that they know that too. As I said, the pipes are not what makes this watched, access without audience is worthless.

What else can I tell you before I get to the advertising.

Lady Gaga was brilliant. Sang the best National Anthem in recent memory and did so without diverting attention from her beautiful and powerful voice. And she sounded like she meant it. If you followed the tweets, you will see that most agreed.

The halftime show was amazing, in my opinion. Kudos to Pepsi -- the musical arrangements were outstanding and the combination of Coldplay, Beyoncé and Bruno Mars was inspired and inspiring despite what some of the pundits say. Again -- not a digital or pipe issue -- just great, plain-old, must-see showtime.

And that leaves the advertising.

Look, full disclosure, open and hones, we had a spot running -- which I will get to in a minute. But...

I was frankly uninspired for the greater part. I saw few real ideas. I saw some tasteless work (kindly called controversial) and familiar brands that lost their way; too many examples of "cool" with no real concept; more than a couple of executions for different products that were based on the same concept; lots of CGI animals; tons of borrowed interest; superheroes for the sake of superheroes; diarrhea and toe fungus and not enough passion.

As I have written before, over the years, the Digibabble of "pre-release" is sheer nonsense. It's pre-nothing -- you began your campaign before the Super Bowl, full stop, and that might be a good strategy. But so what?

But what happened to your targeted audience? Why are you counting sheer numbers?

And as this is the 50th year and as the NFL did a nice job of promoting that, I suggest that we all learn from one of the great Super Bowl run-up campaigns, Noxzema and Joe Namath. No "pre-release," and as we didn't know about "social" then, you will have to do with mere word of mouth and buzz -- but I dare say we could all learn from it. Where have you gone Joe? Actually, he was there at the game, and as I said, the Noxzema tease was a blowout and I am willing to bet it would still be.

Not to beat a dead horse but...

Now that releasing Super Bowl ads before the game has become commonplace, people seem to be getting tired of it all. Sharing of Super Bowl ads dropped dramatically last year, and releasing the ads pre-game has a fairly negligible impact on awareness or purchase intent, according to separate research studies.

"The online free lunch with the Super Bowl is over," said Richard Kosinski, U.S. president of video ad tech firm Unruly, which found that social sharing of Super Bowl content decreased 29 percent on average last year vs. 2013. That's despite a 22 percent increase in sharing for the average online video ad overall.

A separate study by research firm Communicus found that among the 45 percent of consumers who were aware of a typical Super Bowl ad, only 3 percent recalled having seen it online prior to the game. - AdAge

However, there are two ads I would like to call out. One back for the third year and one in for the first time.

WeatherTech, a manufacturer of laser-cut car mats in the United States, decided to return to the Super Bowl because of their great success last year. They have no great pretensions. They tell their story, are proud of their US heritage and manufacturing, showcase their products and openly solicit your business -- which by the way is direct.

"It worked wonders for the company the first two times, said WeatherTech CEO David MacNeil. He pointed to a 46 percent year-over-year increase in visits to WeatherTech.com in 2015 and a 26 percent increase in phone inquiries over the previous year. Sales grew by a double-digit percentage for the second straight year, he said."

The second callout is for Colgate-Palmolive and here is my full disclosure -- they are a client. And an account I have been associated with for 30 years or so.

Colgate chose to use their ad time to make a point and a point that is authentically rooted in the way people use their product, that is, we tend to allow the water to run and run and run while we brush our teeth. The fact is that in many countries the equivalent of 50,000 glasses worth of water goes down the drain while we heedlessly make sure to do a good job on our teeth.

Colgate turned that notion into a crusade a number of years ago and around the world partners with many NGOs and the UN to raise awareness of water issues.

Colgate began a campaign, centered on the Super Bowl, its players and coaches, and enlisted their support in asking audiences to take the pledge. #everydropcounts was the mantra and as the campaign gained steam, the video became a symbol of its clear and simple message.

Before the game, Colgate was already scoring high on novelty, according to Kantar Research. "A model of simplicity, the ad is sparking conversations which transcend the brand, category and campaign while also embedding Colgate into people's everyday habits."

During the game, the hashtag #everydropcounts reached 1,000 tweets per minute at its peak.

By the time it ran, with 2 minutes left to go in the game, it had become a symbol of what a real idea, with a serious activation and a powerful platform like the Super Bowl can accomplish -- because, make no mistake, it is the Game that is the platform -- the rest is pipes and content.

As for the rest of the evening -- I am honestly tired and leave it to you to judge the work as you see fit -- I will call to your attention to Expedia -- amongst a few ads which I loved, a real idea, and I hope you will share others with me.

I will also provide you links to a number of key sources -- arguing all sides of this -- choose yours and make your case -- there are as many sides and opinions here as there were minutes of play and advertising:

Bottom line -- it's all about the expectation, the objectives you set, the purpose of your plan.

And that is true about the game and about the advertising... Listen:

"In life, as in football, you won't go far unless you know where the goalposts are." - Arnold H. Glasow

And there you have it -- it's all about the goalposts -- if all you care about is counting tweets or meaningless views, so be it. Fairly easy to accomplish, but if you want to build your business, think again.

And I leave you with this last thought from last year's Super Bowl:

"The Internet's favorite ad from Super Bowl XLIX was Budweiser's "Lost Dog." The commercial had amassed 19 million YouTube views before it even aired, as well as 240,000 Twitter mentions by Monday morning.

By Tuesday, nobody cared, according to research from this summer. Whether the majority of consumers felt a disconnect with the pastoral setting -- associating Budweiser more with summer than any other season -- or because the ad lacked actual beer, "Lost Dog," while a successful ad on social, ultimately didn't result in any brand lift." -- ClickZ

Well, they learned their lesson:

In response to his brand's puppy tactic used in the past two Super Bowls, Jorn Socquet, U.S. VP-marketing for Anheuser-Busch InBev, admitted, "They have zero impact on beer sales. Those ads I wouldn't air again because they don't sell beer..."

"The cute little critters are sitting out the 2016 game and might never come back. Because as cute as they are, the puppies apparently don't sell beer. =- AdAge"

Let's see how well they fare this year.