The food safety system in the U.S. has traditionally monitored a few well-known bacteria. We look for bugs such as Listeria, Salmonella and Campylobacter because they cause millions of food-borne infections every year. Today, my colleagues and I published research in the journal Clinical Infectious Diseases suggesting that it is time to add another pathogen to the list of bad bugs in our food. The research shows that the bacterium, Klebsiella pneumoniae, frequently contaminates meat sold in grocery stores. This nasty bug can cause urinary tract infections, liver abscesses and bloodstream infections. 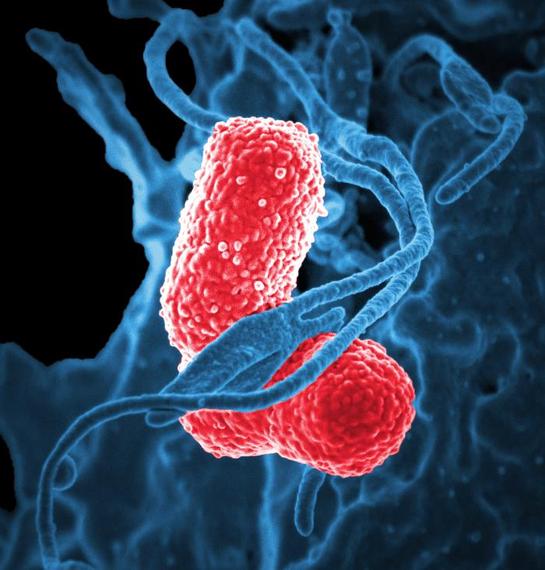 One of the reasons that we may have ignored Klebsiella pneumoniae in the food supply is that it doesn't cause the kinds of diseases we typically associate with food, things like diarrhea and vomiting. Instead, Klebsiella pneumoniae can colonize the human gut indefinitely without symptoms and only causes infections when it gets transmitted to the urinary tract, lungs or blood. However, in many cases gut colonization is an important precursor to subsequent infection, and our study suggests that eating contaminated food may, in some cases, kick off this potentially dangerous process.

This study's findings add to the ever growing collection of scientific research that shows how antibiotic overuse in food animal production breeds superbugs that end up in our bodies, food, air and water. At what point will there be enough scientific, peer-reviewed science and data to satisfy the debate on the role that antibiotic use in food animal production plays in the growing health crisis of antibiotic resistant infections in humans? As researchers, we continue to find more and more evidence, that we believe calls for urgent action by key stakeholders, including policymakers, pharmaceutical companies and the meat and poultry industry, to reduce the use of antibiotics in the production of food animals.

We need to take a close look at the meat and poultry production system in this country and find ways to improve it now so that we are all protected from the growing risk posed by bad bugs like Klebsiella pneumoniae.