Jan. 7, 2016 -- A report on e-cigarettes released at the end of last year by the US Surgeon General's office shows a number of risks related to the popular product -- particularly regarding young people -- that should make them a lot less popular, but likely won't. The act of "vaping" is often thought of as a safer alternative to smoking, but that's not necessarily the case. Here are the dangers and potential dangers people should be paying attention to related to e-cigarettes:

E-cigs are at the center of one of the most contentious debates in public health. The availability and appeal of using e-cigs as an alternative to smoking cigarettes has been growing quickly over the years for both those who are new to smoking, as an introductory product, and to those who are trying to quit smoking, who see it as a more "healthful" way of trying to kick the smoking habit. 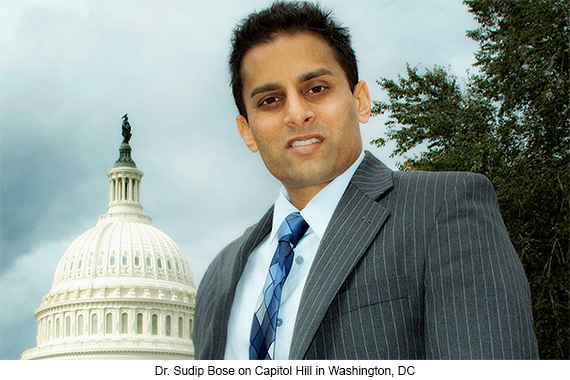 However, e-cigs don't solve the nicotine problem at all. Yes, e-cigs eliminate tar, and yes, e-cigs eliminate the tobacco -- both dangerous elements to one's health. And that's definitely good. But what they do not eliminate is the critical element of nicotine. Nicotine is one of the most highly addictive substances on earth. It's presented in a liquid and then vaporized form in an e-cig; you inhale through the e-cig, and as you inhale, the nicotine and other substances in the liquid are atomized and absorbed into your lungs. The nicotine in an e-cig is a lot more concentrated and potent.

For those who have never smoked and who are interested in the experience, e-cigs are an entry-level product that have been promoted and marketed as being safe. They're not. They may be "safer" than cigarettes, but that's only by degree.

While a new "vaper" isn't exposed to the other substances of tar and tobacco such as are found in a normal cigarette, he or she is getting concentrated and more potent doses of nicotine. That's not good. And we're seeing younger and younger people trying these. Also not good. The e-cig "e-liquid," which is what produces the vapor that users inhale and exhale, are marketed in an array of flavors that appeal to younger users -- junior high and high school age kids -- they're available for order online, and you're getting addicted right away to the habit of using nicotine. The flavors available boggle the imagination: bubble gum, banana, "Mother's MIlk," blueberry-lemon, banana cinnamon nutbread, pomegranate, strawberry -- it goes on endlessly. These teenagers -- and even younger children -- are getting addicted early, which could lead to smoking, and e-cigs can easily become a gateway to trying and developing an addiction to more serious drugs. Addiction correlates to crime. People need to feed their habit, they break into homes to steal things to resell, they commit robberies on the streets, all to get money to feed their addiction. Ultimately they make some very poor choices and place themselves in very dangerous situations.

We may see less cancer as a result of e-cig use, because the tobacco and tar are gone. But we won't be able to tell that for years or decades to come. Remember there are other chemicals mixed in with the nicotine in the solution that also could cause cancer down the road. The liquid that becomes vaporized in e-cigs, which you inhale and exhale in a cloud of vapor, contains not only nicotine but an array of other substances, such as propylene glycol, glycerine, flavorings and sometimes components like diacetyl, acetyl propionyl, benzaldehyde and the less-threatening sounding vanillin. We know that when inhaled, diacetyl causes a type of bronchitis known as "popcorn lung" -- a scarring of the tiny air sacs in the lungs resulting in the thickening and narrowing of the airways. It may sound benign to a degree, but according to the American Lung Association, "it's a serious disease that causes wheezing and shortness of breath, similar to the symptoms of chronic obstructive pulmonary disease (COPD)."

If you're trying to quit smoking, remember the key drug, nicotine, is still very much available through an e-cig and at much higher, concentrated doses. So while you will be eliminating the tar and tobacco of a cigarette, you're amping up the accessibility of nicotine. That's not exactly a great way to wean yourself from something harmful -- to add more of it to your system.

We're seeing a lot more nicotine toxicity. For example, little babies we see in the emergency room -- sometimes they get a hold of a cigarette and they chew on it, which is usually not that harmful. But if they get a hold of an e-cigarette and ingest some of that liquid nicotine, which again is so concentrated in an e-cig form, we see nausea, vomiting seizures, paralysis -- bad things.

Being that the nicotine is one of the most addictive substances, it's not really helping you quit your addiction, it's not the path to accomplishing that. And we're seeing younger and younger people getting into it.

An Alternative to Smoking

There is a rising "connoisseur-ship" that's evolved in the world of vaping in which vapers discuss vaping in the same way that wine aficionados discuss the nuances of whatever wine they are drinking. That's great, but that doesn't lessen the dangers outlined above.

Are vapers listening? Not really. In 2013, e-cigarette-related sales were $1.7 billion, which was double what they were in 2012. In 2015, those sales had risen to $2.9 billion. Many tobacco manufacturers also are in the e-cigarette game. More than 250 e-cig brands are on the market.

Perhaps this Surgeon General's report will help refocus attention on the dangers of e-cigarettes and give people enough of a reason to take a pass at the growing trend of vaping.

For more about Dr. Sudip Bose, MD, please go to SudipBose.com and visit his nonprofit TheBattleContinues.org where 100% of donations go directly to injured veterans