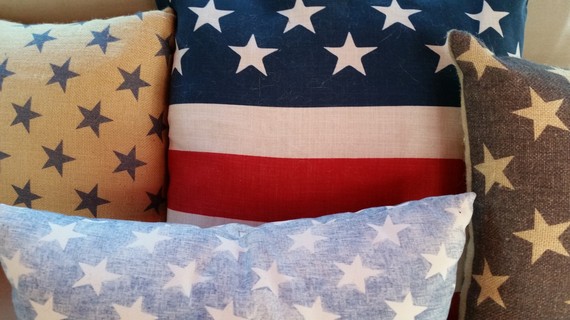 America may not have legends regarding kings and royalty, but we do have many myths about our nation's birth -- especially its very birthday.

We all think we know the story of the Declaration of Independence; that it was signed on July 4th, 1776, giving birth to our nation. But like so many things that we think we know to be true, many of us are wrong.

The truth and the facts may surprise you.

When was the real Independence Day?
John Adams wrote in a letter, "People in every Colony of the 13, have now adopted it, as their own Act...The Second Day of July 1776, will be the most memorable Epocha, in the History of America."

What?? July 2nd is Independence Day?

The Continental Congress voted on July 2nd, 1776 to approve an earlier motion, put forth by Richard Henry Lee, which called for the colonies to declare their independence from Great Britain. Richard Henry Lee was a delegate from Virginia and he had made this motion on June 7th, 1776.

That these United Colonies are, and of right ought to be, free and independent States

But there was strong debate when the motion was put forth and the vote was postponed. A committee of five, which included Ben Franklin and Thomas Jefferson, was appointed to draft a document that might explain and support the pending, postponed motion.

"Resolved: That these United Colonies are, and of right ought to be, free and independent States, that they are absolved from all allegiance to the British Crown, and that all political connection between them and the State of Great Britain is, and ought to be, totally dissolved."

After further revisions by the Committee of Five (as they've come to be called), Jefferson's revised draft document was submitted to Congress and read on June 28th. Based on the arguments set for in the Committee of Five's document, Lee's motion was adopted on July 2nd, with only the colony of New York abstaining.

But the draft document supporting and declaring the adoption of Lee's motion was not accepted. Revisions were proposed and drafted during the 3rd and 4th of July, 1776.


Publish or perish
What we now know as The Declaration of Independence was formally submitted to Congress late afternoon on July 4th, 1776 and Congress approved the document (nine voted in favor, two -- Pennsylvania and South Carolina -- voted No, Delaware was undecided, New York abstained) and directed that it be authenticated and printed by John Dunlap of Philadelphia, a publisher.

"And that copies of this declaration be sent to the several assemblies, conventions and committees, or councils of the continental troops; that it be proclaimed in each of the United States, and at the head of the army."

Dunlap carried out these instructions and dated the printed The Declaration of Independence. Dunlap placed the words, "In Congress, July 4, 1776" in large type at the very top of this first printed version of The Declaration.

Thus July 4th became the date that the public saw and remembered to this day. So even though our nation was actually born on July 2nd, its first printed birth certificate was published and dated July 4th.

The Declaration wasn't even signed by the members of Congress until August 2nd, 1776. This is the document -- with all the signatures, especially the big one by John Hancock -- that most people think of as The Declaration.


The pen is proved again to be mightier than the sword
The facts have dimmed and perished from the public mind. And myths and legends have taken their place.

The American Revolution began with the battles at Lexington and Concord on April 19, 1775. Our nation was legally born on July 2nd, 1776 and the British finally surrendered on October 19, 1781.

But the date of publication of a piece of paper that has come to be called The Declaration of Independence is what survives and is now legally Independence Day in America.

But one seemingly mythic fact is surprisingly true: both John Adams and Thomas Jefferson died on the same day -- July 4th, 1826 -- the 50th anniversary of Dunlop's dating and printing of The Declaration of Independence.

Joel L. A. Peterson is the national award-winning author of the novel, "Dreams of My Mothers" (Huff Publishing Associates, March, 2015).

"Compelling, candid, exceptionally well written, Dreams of My Mothers is a powerful read that will linger in the mind and memory long after it is finished. Very highly recommended." -- Midwest Book Review

Learn more about the author and his book at Dreamsofmymothers.com and on Facebook