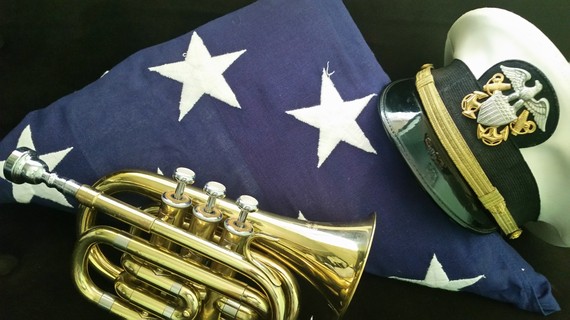 Both Memorial Day and "Taps," the bugle call most associated with the day, arose from the U.S. Civil War

As we celebrate with friends, family, and community during Memorial Day weekend, I'd like to encourage all of us to remember that Memorial Day is dedicated to those Americans who have fallen while serving in our nation's military to preserve our freedoms, our way of life, and our nation.

Decoration Day
As important and solemn as this national holiday is to many Americans, it's origins are surprisingly disputed and not completely clear. But what is undisputed is that it originated as a day to remember and honor U.S. military service members who died in the Civil War and was originally called, "Decoration Day," because people went to cemeteries and put flowers on soldiers' graves.

Origins
Decoration Day officially was established in 1868 by Maj. Gen. John A. Logan, the commander in chief of the Grand Army of the Republic, the primary organization representing Union veterans of the Civil War. Logan called for May 30th to be an annual day nationally to decorate war graves. But a Presidential Proclamation in 1966 gave credit to Waterloo, NY, as the birth place of Memorial Day (Decoration Day) on May 5th, 1866.


But according to historian David W. Blight, the first recorded act of honoring Union Civil War dead occurred in Charleston, SC on May 1st, 1865. The Charleston Daily Courier reported at the time that former slaves -- African Americans -- honored 257 dead Union soldiers who had been buried in a mass grave in a Confederate prison camp.

They reburied the bodies and gave them each a proper burial as gratitude for giving their lives for freedom. A parade, led by several thousand African American children followed. Thousands of people marched, sang and celebrated. Although the fact of this extraordinary event is undisputed, there is no agreement that this event led to today's Memorial Day.

An Evolving Holiday
After World War I the holiday evolved to commemorate American military personnel who died in all wars.

Memorial Day was generally observed on May 30, the date Logan had declared for the first Decoration Day, until 1968 when Congress passed the Uniform Monday Holiday Act, which established Memorial Day as the last Monday in May; the law went into effect in 1971 and legally declared Memorial Day a federal holiday. Official Memorial Day ceremonies call for the President of the United States to lay a wreath at Arlington National Cemetery and "Taps" is played.

"24 notes that have become part of our nation's soul"


Origin of "Taps"
This year is the 154th anniversary of the creation and first playing of "Taps", played by a 22 year-old Union Army bugler during the Civil war in July 1862 -- just 24 notes that have become part of our nation's soul. It was used to signal "lights out" at the end of the day but also started to be used at military funerals that same year.

"Taps" was a bugle call that was revised from earlier bugle calls having their roots in European armies, particularly the French. "Taps" may have originated from a Dutch term associated with the end of the day for soldiers. You can hear the shared European origins of the "Taps" bugle call in the performance of "Il Silenzio" -- The Silence -- which is played in the Netherlands on "Liberation Day."

In the Netherlands, on "Liberation Day," just like Memorial Day in the U.S., there are memorial services across the country honoring Allied troops who died liberating The Netherlands. Much like Americans on Decoration Day, Dutch families still adopt graves of those troops and maintain them in their honor.

As "Taps" is played at Memorial Day ceremonies in the U.S., since 1965, the Dutch memorial services conclude with the playing of "Il Silenzio". 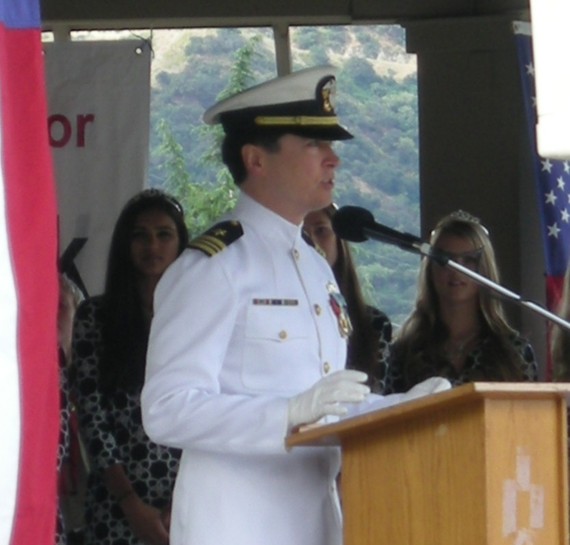 
Remembering the True Meaning of Memorial Day
I had the humble honor of serving in our military. But my service was a privilege, not a sacrifice. But I had friends with whom I served who made the ultimate sacrifice. To them and their fallen brothers and sisters I am forever grateful.

On Memorial Day, may we keep in our hearts the memory of those who are forever silenced, that we may speak and live and love. Safe and free.

Joel L. A. Peterson is the national award-winning author of the novel, "Dreams of My Mothers" (Huff Publishing Associates, March, 2015).

"Compelling, candid, exceptionally well written, Dreams of My Mothers is a powerful read that will linger in the mind and memory long after it is finished. Very highly recommended." -- Midwest Book Review

Learn more about the author and his book at Dreamsofmymothers.com and on Facebook