Science points to something truly surprising: the single most influential factor (among all other single factors) accounting for differences in education achievement is...

...the collective attributes of the other students with whom your child attends school - more than race, personal traits, family background, income, teachers, school facilities, curriculum...anything. 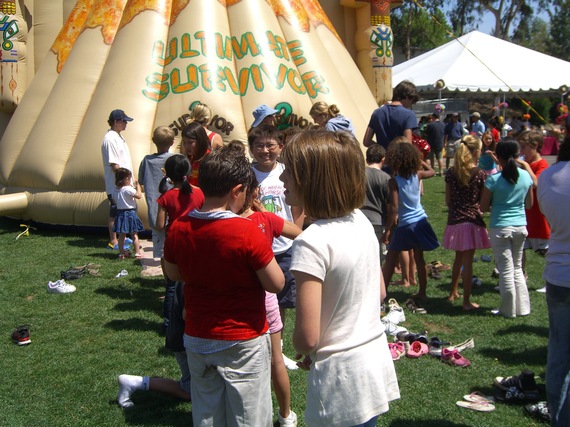 James Coleman, a leading researcher in the sociology of education, first asserted this after he was tasked in 1964 by the U.S. Department of Education to conduct a comprehensive national study to determine why some students achieved more educationally than others - primarily looking at the disparity between African American and White American educational outcomes. He published his ground breaking findings in 1966, in what is now known as the Coleman Report.

Social Capital
It turns out that the people - including other students and their families - whom we are surrounded by, the connections we have with them, as well as the traits and quality of these connections, are a true resource (similar to financial, human, physical, or natural resources) which researchers call social capital.

Unlike tangible capital, like financial, physical, or natural resources, social capital is intangible. It cannot be seen, touched, or accurately measured. But it is just as real. Economist Glenn Loury demonstrated this in 1977.

Loury's work demonstrated that neoclassical economic theory using efficient markets and the concept of human and financial capital did not appear to adequately explain inequalities in education and life outcomes. Loury asked: where does an individual get the resources to make the investments to improve their human capital?

What is so compelling about the concept of social capital is that it significantly and demonstrably helps explain why individuals and groups who possess seemingly identical stocks of human, physical, and financial capital can have such unequal outcomes in education and life attainment.

Getting involved with people, creating relationships that can endure and be mutually supportive over time, as well as being actively engaged in community institutions and events creates and grows social capital.

Those who are highly engaged in their child's and community's social environment tend to have the highest social capital.

Closing the Circle of Social Linkages Creates Far Greater Social Capital
Coleman published a study in 1988 that strongly indicated that social networks that had "closure" created stronger or more social capital. He looked at public schools, non-religious private schools, and religion affiliated private schools. In no way was he pushing for any religion, but his research found that students at religiously affiliated schools did better. It came to be called the "Catholic School Effect."

The data strongly indicated that when parents were not only involved in their children's lives and schools, but also were involved with other school parents outside of school - a "closed" social network - Colman found that this explained the difference in education achievement among the students.

Simply put, becoming involved with your child, his or her peers, and their parents and other people and institutions who impact their lives inside and outside of school, creates a more valuable resource - just as important as a college savings account - that directly benefits the education and life success of your child.

Possibly more than any other factor in his or her life.

The Bottom Line
So, what does the science say?

Get involved. Be committed and engaged in sustained, genuine ways with those who make up your child's social environment. It may pay more dividends than any other investment you can ever make on behalf of your child's education and life success. Because your child's success doesn't just depend on what they learn and know; it depends on who you know - but also - how you know them.

And how they know you.

"Compelling, candid, exceptionally well written, "Dreams Of My Mothers" is a powerful read that will linger in the mind and memory long after it is finished and set back upon the shelf. Very highly recommended."
-- Midwest Book Review