Last spring, I decided it was time. I would no longer color my hair. I vowed that after my youngest child’s wedding in April, I was going to let it go silver. I’d had auburn hair since childhood and had been touching up the gray for about 15 years.

I used to be able to go five weeks between color appointments. But recently, the roots were showing within a week or two. On my next birthday I would turn 70, and it seemed wrong to fight nature.

After all, I wasn’t someone who would go for a facelift or even a smidge of Botox. I was a child of the ’60s, for God’s sake! And I would save so much money and time, especially when I added in the cost of highlights every few months.

I boldly announced my decision to everyone I knew, including my hairdresser, Michelle. “I think you’re making a mistake,” she said, shaking her head sadly. But she had skin in the game.

My husband’s reaction was a shock. I expected he’d be perfectly fine with this kind of change, but no. It turns out he was not only married to me for 48 years, he was also wedded to my hair. “I love your hair color,” he objected.

“But it’s not mine anymore — it hasn’t been for a long time.”

“I’ll go along with whatever you do. But since you asked, I’m not in favor.”

Really? His hair was almost completely silver, yet I didn’t demand that he rush out for Grecian Formula. Truth was, he just didn’t want a gray-haired wife.

Many of my women friends had gone gray or silver, and some looked terrific. Others did look considerably older, but I figured I could deal with that possibility. In my mind’s eye, I pictured myself looking like my folk music heroes — Judy Collins with her mane of pure white, or Joan Baez with a stunning silver-streaked bob. I had first grown my hair long and straight like theirs in the ’60s (also taking up guitar and singing ballads in my quavering soprano), so they became models to me of graceful aging.

Unfortunately, my hair color was the main thing I really liked about my looks. It was distinctive. My birth story, as told by my mother, always started: “They handed me a skinny, yellow baby with a full head of curly red hair.”

The jaundice went away, but the hair remained copper-red. It was like copper wire, too, coarse and thick, impossible to manage. My mother tried — I remember the pain of the stiff-bristled brush. “It’s like two heads of hair in one,” she would complain.

She was frustrated that it didn’t fall into smooth waves, like the girl in the Breck ad. At age 5, I looked like a standard poodle with a barrette. At times, she wrangled my hair into a frizzy ponytail or braids that stuck out like Pippi Longstocking’s.

Hair Through the Ages

The saga of dealing with my hair parallels that of many girls and women. Decade by decade, it is a story of control:

The late ’50s: I went through the painful stages of learning to set my hair at camp with spiky pink rollers that pressed into my scalp, or using beer-can sized rollers with actual beer as a setting lotion. The hair came out stiff and smelled like a brewery, but it did keep its perky flip or pageboy.

The ’60s: I got my hair chemically straightened, a lengthy and evil-smelling process that was performed twice a year by my mother’s hairdresser. I endured some horrible scalp burns and sometimes patches of my hair broke off.

The early ’70s: While living in South America in my early 20s, I discovered hair wrapping. A hairdresser in Buenos Aires first wrapped my hair all around my head like a turban held in place with big clips. I sat under the dryer for an hour. Then she wrapped it in the other direction. Another hour under the dryer. You had to have a lot of spare time for this procedure, but at least no chemicals were involved.

The ’70s and ’80s: Thanks to Angela Davis, Afros were in — and so were Jewfros! I finally went natural. With my hair wild and free, I was liberated from the weekly chore of wrapping. By then, I had two children and no time to get my hair done anyway.

The ’90s: The kids were in school, and I was working full-time. The blow dryer cut the time I spent on my hair down to minutes a day.

The Millennium turned and so did my hair color. The touch-ups began.

Which brings us to the current day. Laid off in my 60s, freelancing from home, I was no longer commuting to a publishing job in New York City. My wardrobe consisted of yoga pants and tee shirts. I didn’t have to “present.” What was the point of getting hair color? I kept postponing the day of reckoning. First, our daughter’s wedding. Then, our son’s wedding. No more excuses. Let it go.

But after five months of going natural, my hair was not turning out to be lustrous silver or arctic white. Rather, a dull non-color. At a gathering of old friends, a woman I hadn’t seen in a long time spied me across the room and came over, concerned: “You’re looking very pale. Are you OK?” she asked. I thought for a moment. “I feel fine, but I think it’s my hair. I’m letting it go gray.” She quickly backtracked. “Oh, great! Good for you!”

I had to admit that my former auburn hair had been the most colorful thing about my appearance. Was I fading along with my hair? Now that I was paler up top, would I need more blush, bright lipstick (I never wore any), clothes other than my customary gray, black, or beige?

For the first time, I started noticing other people’s hair color. Millennials and teenagers were dyeing their hair all kinds of crayon colors — from pink to purple to green. Most fascinating, there was a trend toward young people coloring their hair gray — a laborious process involving peroxide and toner. On Instagram, under the hashtag #GrannyHair, celebrities, models and the stylish young were sporting at least 50 shades of gray hair, including gunmetal, silver-pink, lavender, platinum and iceberg (with a greenish undertone). At last count, there were more than 200,000 posts at #GrannyHair. Commenting on the trend toward unlined faces with gray hair, a UK newspaper commented: “Noticeably, there’s not an actual granny in sight.”

I also took note of women my age and how they brightened their gray hair. A woman with short white hair added thick vertical purple stripes to her bangs. Friends were spicing up their gray with strands of of turquoise or hot pink. Some were even coloring their medium-gray a brilliant white. Should I do likewise?

Then the absurdity struck me: If millions of people were dyeing their hair all kinds of colors that nature hadn’t given them, why was I judging myself harshly just for trying to retain my natural shade? I really disliked the three inches of dull gray that had emerged after five months. And just like that, my experiment was over. I went back for color, and I’m happy to be auburn again — for now. Maybe I’ll try going gray again when I’m pushing 80.

Our 6-year-old granddaughter is a redhead, and one of the comments I love hearing is, “She looks just like you — she has your hair color.” “Hers is real,” I sometimes say. But I know it’s a bond we share. We are both redheads at heart.

5 Tips To Eat Your Way To A better Mood

What You Need To Know About Strength Training

8 Things Not To Say To Your Aging Parents 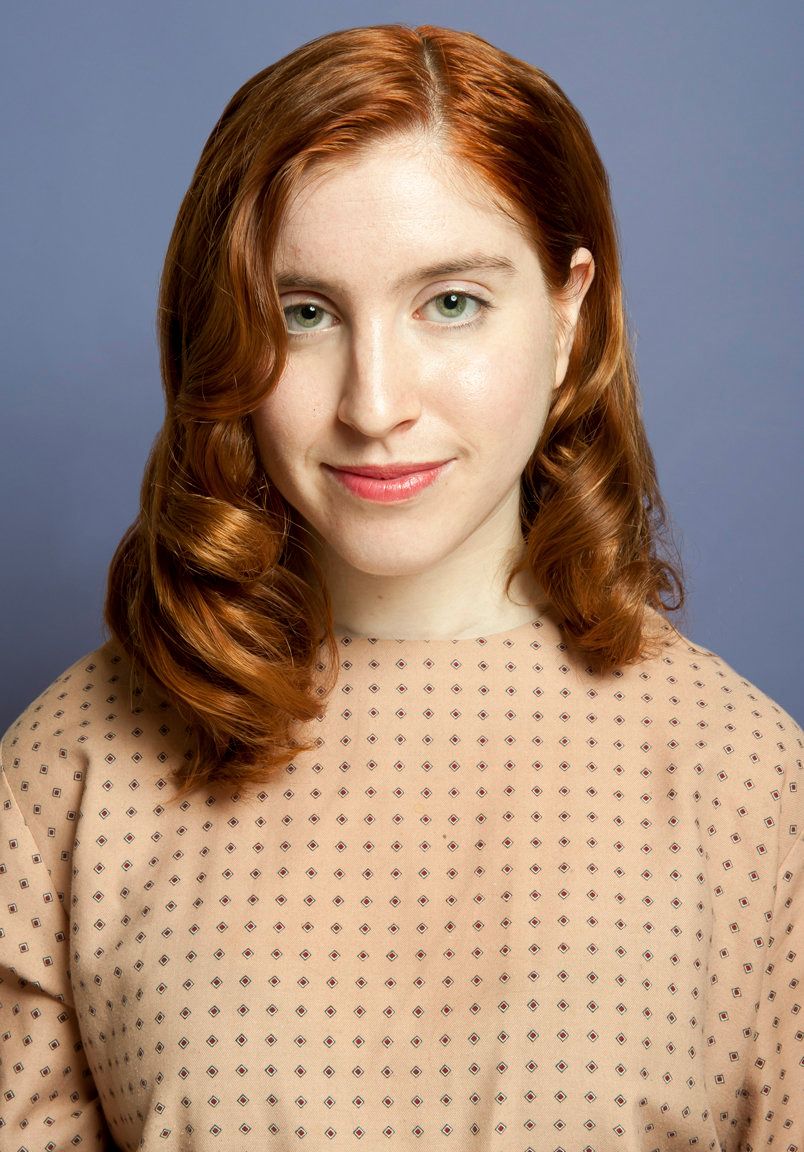