The PSAT is just practice...right?

Parents who assume that the letters after "PSAT" are just some arcane footnote do so at their own -- and their child's -- peril. 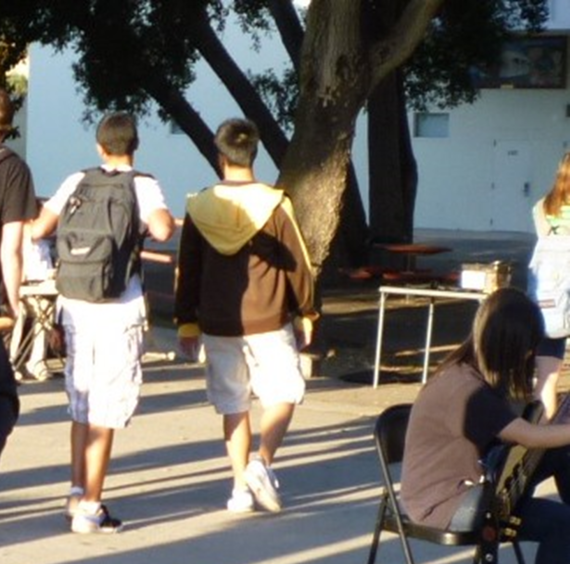 More Than Meets the Eye

Instead, those letters after "PSAT" tell the whole story.

The PSAT/NMSQT is effectively the only thing that is used to qualify a student for consideration for National Merit Scholarship Program awards and recognition. Other academic data is only used to determine if you are eligible for the program at all (like being enrolled in the correct grade level).

The PSAT, which is 2 hours and 10 minutes long, is essentially the sole determinant of qualifying for any part of the National Merit Scholarship (NMS) Program.

According to the National Merit Scholarship Corporation, 1.5 million students took the PSAT in 2014. 50,000 students, based on their scores alone, are selected as qualified for further consideration. 35,000 will receive a Letter of Commendation, but go no further.

16,000 will be selected as NMS Program Simi-finalists. Of these, 15,000 will be named NMS Finalists. One-half of these - based on their PSAT/NMSQT score, will receive a $2,500 National Merit Scholarship.

A Free College Education and More
All that for a $2,500 scholarship when college tuition can be $50,000 per year? What's the point?

In today's highly competitive world of higher education as a business, a college's national or regional ranking can make or break the long-term survival of many colleges. Therefore, college and university administrators are paying close attention to how their college and its competition are ranked.

One of the most influential variables in a school's ranking is the number or percentage of NMS Semi-finalists and Finalists in the entering freshman class.

The point is that there are currently at least 52 colleges and universities that offer FULL tuition scholarships to NMS Finalist and many schools that give partial scholarships up to half tuition for NMS Semi-Finalists, according to a list compiled by a College Confidential initiative.

And these are not just desperate, no-name colleges with no reputation or little excellence. They are schools like Texas A&M. And some offer far more than full tuition.

For example, the University of Kentucky provides full tuition + fees + room and board + $1,000 annual stipend + an iPad 2 + a $2,000 summer abroad program. At the University of Southern California (USC), NMS Finalists who are accepted and enroll automatically become prestigious USC Presidential Scholars and 50 percent of their tuition is paid for by USC.

College Admissions Edge
There are some 36,000 high schools in America, about 26,000 public schools and about 10,000 private schools.

That means 36,000 valedictorians. Multiples more than that of 4.0 (unweighted) or close GPA students. That means multiple tens of thousands of football, basketball, softball, soccer, volleyball, debate, and math team captains.

But high schools are not all the same and with so many, college admissions people can only become familiar with the reputation of a very small number. That's why national standardized tests and national level awards and recognitions matter so much.

It proves a student is not just the biggest frog in a small pond, but truly a standout in a huge national ocean.

So even receiving a NMS Commendation is a big deal and can add significantly to the admissions opportunities and chances of a student.

But My Child Is Not a Genius - So What Are the Chances?

Turns out they may be better than you think. Even for non-super achieving students.

Success in the PSAT is different than the Scholastic Aptitude Test (SAT) or the College Achievement Test (ACT). The test score on the SAT or ACT is on an absolute basis (how many right and wrong answers).

Getting an award or recognition in the National Merit Scholarship Program is based on how well a student did - not absolutely on the PSAT - but how well they did compared to other students who took the PSAT in their state.

But to get just a NMS Commendation - still a big deal; a national level recognition - a student needs to do better than 94 percent of their peers on the PSAT. That's more than ten times larger than the percentage attending Ivy League schools.

And the vast majority of students don't study at all or very little for the PSAT. Because it's just a practice for the SAT, right?

So what are the chances if a student really prepared, practiced, and studied for the PSAT? Certainly better than what it would be if they didn't prepare and certainly far better than the chances of getting an Ivy League education.

No Second Chances
The PSAT is not just practice.

It's the 2 hours and 10 minutes of your child's life that could pay for college, no matter what your family's financial status, but more importantly, it can open the doors of opportunity for college admission and for years to come beyond that.

And only the PSAT taken in the student's junior year counts. One test; one shot.

"Compelling, candid, exceptionally well written, "Dreams Of My Mothers" is a powerful read that will linger in the mind and memory long after it is finished. Very highly recommended."
-- Reviewers Choice Book, Midwest Book Review