As parents, we love to praise our children. When a daughter or son has succeeded in something at school, at home or in an activity, we love telling them, "You're so smart!" "You're so talented!" "You're the best!"

After all, reinforcing a child's success with praise is good for them, right? Well, maybe. But, it may depend on the praise that's given, and certain kinds of praise can actually do harm.

Ability or Effort?
Lewis Terman was a pioneering psychological researcher at Stanford University and was the person responsible for creating the Stanford-Binet IQ test in America between 1904 and 1915. He modified the original test created in 1905 by Frenchman Alfred Binet. In fact Terman coined the term "intelligence quotient" or IQ. He launched a study of high IQ students in 1921, tracking 1,528 individuals in what has become the longest running research study. Participants were followed throughout their lives using surveys about all aspects of their lives every 5 to 10 years. Current participants are in their 80s and 90s. 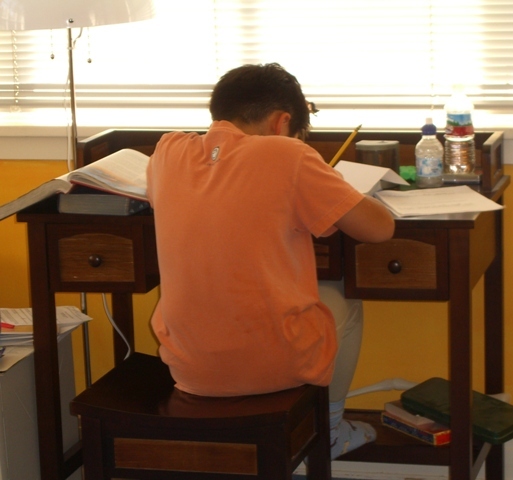 In 1968, Terman's associate, Melita Oden compared the 100 most successful and 100 least successful men in the group, defining success as holding jobs that required their intellectual capability. For instance, those who were deemed successful were in professions such as medicine, while those deemed unsuccessful were in jobs such as sales clerk. She found that the IQs of the two groups were nearly identical; the difference being meaningless in any practical term. The big difference turned out to be in "will power, perseverance and desire to excel." And these traits were discernible by grade school.

Traits Are Not Fixed and Effective Praise Can Build Traits for Success
So we see that IQ may be less important than personal traits, like persistence. But are not personal traits fixed? Aren't children born with unique personalities, which may predispose them to persistence or resilience? Maybe, but there is some compelling science that says that traits can be instilled or, at least, strengthened.

A former Columbia University researcher, who is now currently at Stanford, psychologist Carol Dweck, conducted a series of landmark studies with her colleague, Claudia Mueller, in the late 1990s about praise and education outcomes. Their findings have been replicated and expanded by numerous studies since.

The findings repeatedly showed that praising intelligence or talent made children actually less persistent, less confident and less resilient. Because intelligence and talent are things they can't control, every challenging situation they faced became a confrontation that could discredit their being labeled intelligent or talented.

But praising improvement and the process children engage in -- like their effort, hard work, strategy or focus -- led to greater persistence, greater resiliency and greater success. Dweck and her colleagues showed that the traits identified by Oden are not fixed, but can be instilled and strengthened.

Especially in children and teenagers, the brain and personality -- and personal traits -- are being found to be elastic, adaptable and capable of change. Both for the better or otherwise.

Praising correctly can improve traits linked with education and life success. It involves praising for things, processes, approaches and outcomes that children can control and replicate on their own. What the praise should do is concretely identify these for the child, because he or she may not be able to link the correct cause and effect; link their effort or focus to a successful outcome.

Praise can help them make that connection and associate positive emotional reinforcement with that cause-effect connection.

Better vs. Best
Telling children they are the best may make them think that ability at something is fixed and they may avoid situations that could disprove their status as the best. But telling children they have gotten better because of what they did or how they did it, lets them know that ability at something is not fixed; that it can improve and they have the power to make it happen.

The science is surprising yet compelling:
"That's so much better!" may be far more effective than "You're the best!"

"Compelling, candid, exceptionally well written, "Dreams Of My Mothers" is a powerful read that will linger in the mind and memory long after it is finished and set back upon the shelf. Very highly recommended."
-- Midwest Book Review