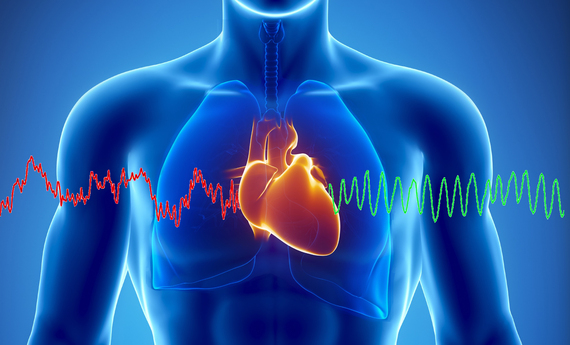 Ever since the Conference Board began studying it in 1987, employee engagement has steadily declined. A recent Gallup Poll reported that only 30 percent of Americans are actively engaged while at work. Have you ever wondered why this is happening?

I recently had the opportunity to interview Mark C. Crowley, the author of Lead From the Heart: Transformational Leadership for the 21st Century. He had an excellent explanation for why employee engagement has been steadily declining for almost 30 years. He also shared some powerful ideas for how to fix it.

The Power of Engaged People

Most of us are aware of the importance of having actively engaged people in our organizations. The State of the American Workplace report makes it clear just how vital this is.

"The exponential boost in earnings due to a higher engagement ratio is a competitive advantage that business leaders can't afford to ignore."

We Aren't Giving People What They Need

In our interview, Mark C. Crowley stated that there's a very simple explanation for why employee engagement is so low. What people need from their workplace environment is continuously evolving. But, to a large extent, the way we lead hasn't changed. We continue to apply management techniques that were created in the industrial revolution.

It seems we are reluctant to let go of our old belief that people are primarily motivated by money. But Mark makes it clear that our primary drive is finding an environment where we feel truly cared for. In essence, we're all like oversized children who really only want to feel safe and appreciated.

A Sad Road to Happiness and Success

Mark began working to care for the people he led as a reaction to his upbringing. After his mother died when he was young, he was left to be raised by a very emotionally abusive father. So when Mark first began to lead others in the finance industry, he made a vow to give the people on his teams the things he never received while growing up.

Although he set very high expectations and demanded excellence, he also made sure to really connect on a personal level, to be an advocate, to help people grow, and to offer frequent appreciation for the work people did.

His approach worked very well. His teams achieved extraordinary success, resulting in rapid promotions for Mark. After being given a national leadership position at Washington Mutual, his division set records for both revenue and profit in 2008, and he was named "Leader of the Year."

It's Truly a Matter of the Heart

When Mark began writing his book he was asked why his approach to leadership was effective. Could he prove it works? Is it replicable?

An answer to this question came after a discussion with a leading heart doctor. Mark learned that the heart is no longer seen as just a muscle that pumps blood. Over the last 20 years or so, it has become increasingly clear that the heart has its own intelligence, which is primarily emotional in nature.

An institute called Heart Math has grown around the research, which shows that the emotions of the heart are the primary driver of human performance.

Mark was able to create and sustain highly engaged, highly successful teams because he was able to reach the part of people that drives engagement. He was able to affect people's hearts, which is the secret to getting people engaged. By truly caring for the people he led, he was fulfilling a deep and universal need -- a need much more important than money.

In our interview, Mark shared a quick summary of two of the four principles that he and other highly successful leaders apply to achieve greater levels of long-term success. The first principle is to make sure that the people we hire will be able to put their heart into their job.

Too often, Mark says, leaders fail to provide appreciation frequently enough. We often get so caught up in the push for continuous achievement that we forget to take to time to recognize what people have already achieved.

Mark recommends that we actually schedule time for recognition each week. If it's on our calendars, we're much more likely to actually take the time to recognize what people have done well.

He also recommends that we don't just recognize the top two or three performers. This can create a culture where most people don't feel appreciated. We should recognize each person on the team who either meets or exceeds goals.

Give People What They Need and Engagement Follows

The formula for leadership success that Mark C. Crowley lays out is a simple one. By helping to fulfill a deep, universal, human need, leaders can create and sustain extraordinary teams comprised of highly engaged people who achieve very high levels of success, and this is a matter of the heart.