The day that my daughter was born was the worst day of my entire life.

I know that I am not supposed to say such things, that in polite company I should keep such a sentiment completely under wraps, because it makes other people feel uncomfortable to hear that sort of declaration spoken about your child's birthday and all.

But my memories of that day are not comprised of happy tears and counting little bitty fingers and toes.

They are of clutching bed rails, gritting my teeth and trying to reverse a contraction because a nurse was telling me not to push, not under any circumstances. The baby was breech, but that wasn't why they were rushing me towards an operating table. I was only 25 weeks into my pregnancy. The baby I was carrying was so fragile that the strength of my contractions could break her neck in the birth canal.

I fought futilely against my own body so that giving birth to my only child would not be the thing that killed her.

And then they cut her out of me, slit me hip to hip with a mask over my face and they did not hold her up above the curtain, like in the movies. They put her straight into a plastic bag and my husband said it was a measured frenzy the way they forced the ventilator tube down. I remember the way the anesthesiologist's eyes looked as they hovered above me and the cadence of the nurse's voice as she tried to talk my daughter into breathing again.

They pushed the cart into my line of vision, so that I could see her as they ran IVs through the stump of her umbilical cord and a doctor stitched me up.

The scale said one pound, 8.6 ounces, but it didn't register the weight of my immediate, indescribable love.

In the middle of the trauma, for just a moment, I was drenched in the beautiful magic that happens when you bring a child into the world.

That joy fused with the fear, cloaked in dismal statistics that said this baby I just had probably wouldn't live, or that if she did, she would likely be deeply scarred by the tragic timing of her birth.

And then they whisked her away.

I remember the first time they wheeled me in to see her. They had put a splint on her leg where my body had broken her and it was made out of tongue depressors, the kind that are the same size as popsicle sticks. She didn't even have ears. She was this tiny, miniature version of a baby, but she was still not fully formed.

I stood there looking at how overwhelmingly, devastatingly small she was, at how her entire arm was smaller than my index finger and I thought that she was definitely, without question, going to die. 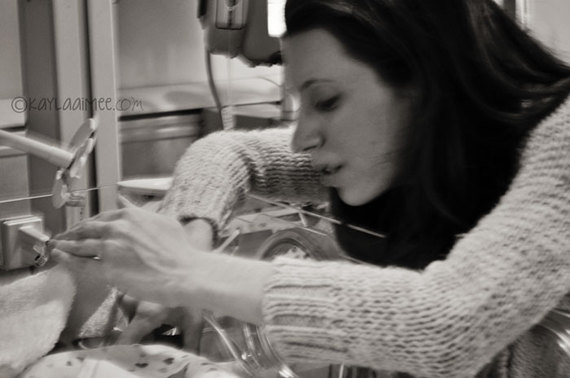 I felt as though I had failed her and a piece of me wanted to die too.

But she didn't die.

And neither did I.

Instead, she and I teamed up in an unspoken fight, me and her against, well everything. The infections, the surgeries, the resuscitations. The days that doctors ran towards her as she coded and strangers held my sobbing form.

I stemmed a constant, suffocating fear by clinging to a thread of faith in the doctors, in myself, and in a God I no longer really understood all that well.

She was 30 days old before they allowed me to hold her for the first time and as she nestled against me, her heartbeat synced perfectly to mine, because we fit together, mother and daughter. 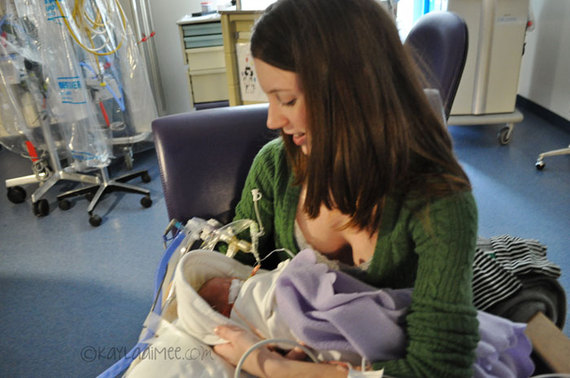 We learned a lot in the 156 days that she lived in the NICU.

Prematurity defines the small, but everything we had to do to survive it felt exceptionally big.

I learned that she was stronger than she looked and that I was braver than I thought. 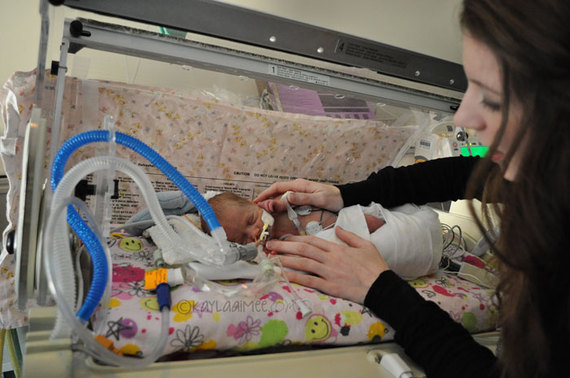 But most of all, I learned that life is fragile and far too fleeting to fear failing.

Because right on the other side is love. 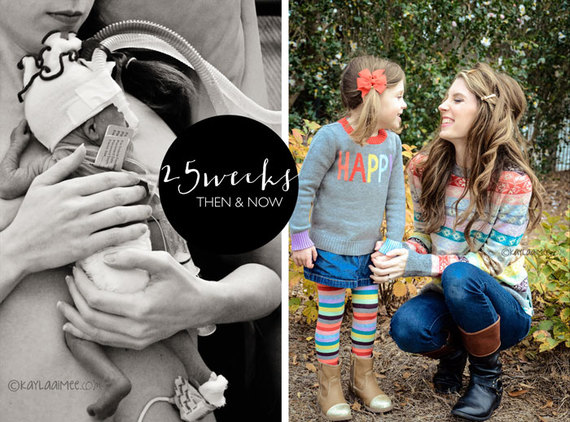 Monday was World Prematurity Day, fittingly falling in November, and I am overtaken by gratitude, because 11 days ago, my daughter turned 4 years old. She threw leaves in the air and danced under them as they rained down on her, all golden and red and orange highlighted against the sun. It is a scene that probably seems small to bystanders, this little girl running through the autumn leaves with her high pitched giggle floating across the park.

But that is just because they don't know how big it is, those broken legs labeled lame carrying her fast across the field and that laugh that charms a smile from strangers bursting forth from the tiny girl they once told us might not speak.

She was born so small, but her story is so much bigger.

Kayla Aimee is the mother of a micro-preemie and the author of Anchored: Finding Hope in the Unexpected. She writes about faith, family and her favorite things at www.kaylaaimee.com