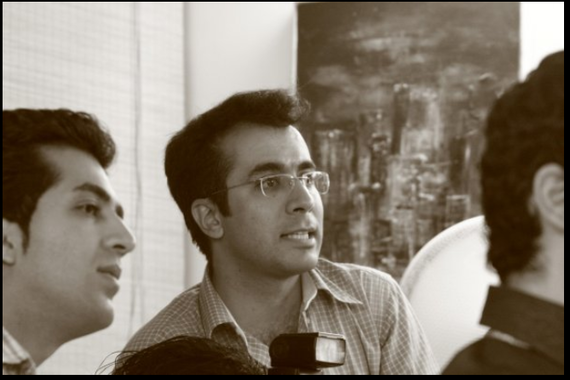 Imagine an upside-down world in which murderers enjoy impunity while those seeking justice are punished. Sadly, this surreal world of inverted morality describes exactly the Islamic Republic of Iran's recent arrest of Mr. Navid Aghdasi at his home on 15 November 2015 by agents of the "Drug Squad". He has not been heard from since then. This could be a plot to extract a forced confession to baseless drug possession offences that carry the death penalty in Iran. It seems that Mr. Aghdasi's real "crime" is demanding justice for the execution-style murder of his cousin Mr. Ata'u'llah Rezvani on 24 August 2013 in the city of Bandar Abbas. The fact that both men are members of the persecuted Baha'i minority is no coincidence. The Iranian Government has long pursued a policy of scapegoating this peaceful religious community through fabricated crimes and absurd conspiracy theories. As the Middle East disintegrates into the dark abyss of religious extremism, the Islamic Republic's response is to incite more religious hatred and violence against its own citizens.

Mr. Rezvani was a devoted husband and father of two children. Consistent with Iran's official policy, he was denied the right to a university education because of his religious identity as a Baha'i. He succeeded in supporting his family by selling and repairing water purification equipment. He was a reputable businessman, admired for his integrity, and was a prominent member of the local Baha'i community. Shortly before his murder, he had received threatening telephone calls. Agents of the Intelligence Ministry had warned him to leave Bandar Abbas. Sometime after midnight on 24 August 2013 in the outskirts of the city, Mr. Rezvani was shot through the head by a gun equipped with a silencer. The incident had all the signs of a carefully planned extra-judicial execution by intelligence agents. Contrary to this compelling evidence, the judicial authorities promptly informed Mr. Rezvani's family that he had mysteriously committed suicide, while adding that the Baha'i religion was a "perverse sect". Instead of investigating the crime, the authorities warned the next of kin not to take any photographs or videos of the funeral, not to give any interviews to the foreign media, and not to implicate intelligence officials. On 14 October 2014, the family was pressured to accept "blood money" in an apparent attempt to buy their silence and close the case. They refused to accept the offer.

It is against this backdrop that Mr. Aghdasi was arrested by officials that identified themselves as the "Drug Squad". His neighbour had reportedly told the agents that the respected Aghdasi family "do not even smoke cigarettes, let alone do drugs". It is revealing of their real motives that during the search of the house, the agents confiscated Mr. Aghdasi's Baha'i books as well as photographs of his murdered cousin Mr. Rezvani. There were no drugs to be found anywhere. The fact is that Mr. Aghdasi was being punished because he did not obey orders to remain silent about the assassination. Instead, he had spoken to the media and human rights organizations, demanding justice for his cousin. In fact, on the same day as his arrest, 19 other Baha'is were arrested and a number of Baha'i-owned shops were closed down, further confirming that this pattern of conduct is clearly part of the Iranian Government's long-standing policy of persecution.

The reality is that Mr. Aghdasi now potentially faces the death penalty on absurd drug-related charges. The reality is that he is being punished simply because he demands a proper criminal investigation into the brutal religiously motivated slaying of his cousin. The Government's policy is impunity for the murderer and punishment for the victim's family. At a time when religious extremism is ripping the region apart, and the Iranian people suffer from economic decline and social despair, the answer of elements of the Islamic Republic's leadership is to assassinate religious minorities and silence those that dare to ask why an innocent man should have his life extinguished.

In the context of internal power struggles and regional instability that threaten the power of hardliners, the intensification of religious persecution is an ominous development. History demonstrates that authoritarian and demagogical rulers find the scapegoating of vulnerable minorities particularly tempting in times of crisis, to deflect attention away from the real concerns of their citizens. Whether it is the killing of Mr. Rezvani, or the potential death penalty against his cousin Mr. Aghdasi, it is important to bear in mind the history of the systematic execution of the Baha'i leadership in the 1980s, during the first decade of the Islamic revolution. This campaign of violence was part of the strategy of consolidating power through demonizing whichever groups the Supreme Leader Ayatollah Khomeini arbitrarily deemed to be "wayward sects" and "enemies of God". He had a particular hatred against the Baha'is. A 1985 UN report by the human rights expert Benjamin Whitaker characterized the ensuing campaign of extermination as "genocide".

At a time when world leaders are desperately seeking solutions to the sectarian wars that threaten to destroy the whole region, and that have spread terrorism around the globe, it must be recognized that the ideology of religious extremism espoused by some political leaders is clearly at the root of the problem. So long as political power is based on demonizing minorities and subjecting them to violent abuse, the future of Iran, and of the wider Middle East, will remain bleak. The intelligence agents and their hardline supporters that kill innocent people in their shadowy world of paranoia demonstrate not only their cowardice and treachery, but also their total ignorance as to what is truly conducive to the security and future progress of the Iranian people. 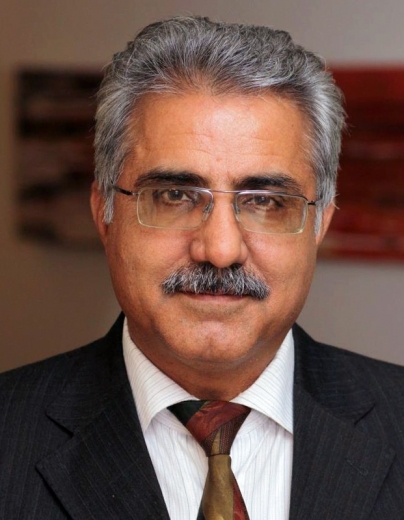