With journalists too scared to express political opinions and politicians of most stripes wedded to "rehabilitating" terrorists, Swedish reporter Magda Gad's frontline reports and upfront opinions might help to save Sweden from its own naivety.

As Iraqi forces continue their battle to reclaim Mosul from the terrorist cult ISIS, Swedish journalist Magda Gad reports from the offensive like no one else. Often she puts away her notebook to act as a paramedic. She holds the hand of dying children so they won't feel alone as they draw their last breath. None of the big humanitarian organisations such as the Red Cross and Doctors Without Borders are present; it is too dangerous.

Gad's articles describe how children are blown to pieces with no one there to help, other than three Slovak volunteers (Academy of Emergency Medicine - IRAQ). When Mosul's injured children need medical attention, the volunteers first need to cut their clothes off to assess the injuries, But they all share one pair of scissors, which is passed around. 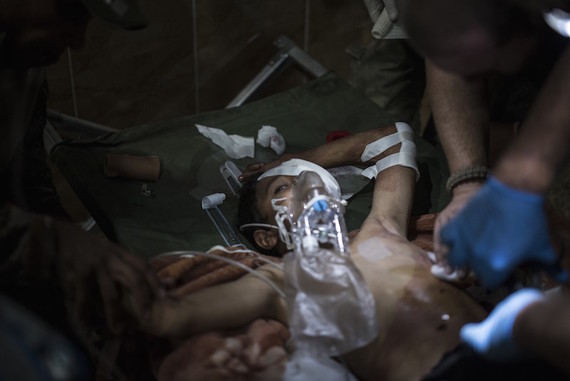 As her employer, Swedish tabloid Expressen, broadcasts her reports live online, Gad and her viewers watch an ISIS mortar blow a house to piece. As Gad, walks into the remains, a young boy calls out his brother's name as he feverishly looks for him. The boy goes from room to room, even searching the garbage can, but can't find his little brother. He runs out into the yard where he finds one of his siblings, a five-year-old sister, dead.

For many of us, Gad's reporting makes us ashamed of our inability to help. In an interview for Swedish public service radio, Gad said the world ought to be ashamed that no healthcare workers have come to help during the Mosul offensive

Recently, Gad made quick trip back home to Sweden because she had been nomnated for the Grand Journalism Prize (Stora journalistpriset), the Swedish equivalent of a Pulitzer. She didn't win. During the gala, she updated her Facebook page, saying the glamour of the evening made her sick to the stomach, that her mind was with the war victims in Iraq, and that she just wanted to leave the luxurious venue in the capital of Sweden, Stockholm.

It's not the first time Gad's voice strong opinions, despite a media climate where many journalists don't dare to express any views that may be deemed to political, for fear their neutrality as reporters be questioned. Public service journalists were recently told, for example, not to criticise Donald Trump through their private social media accounts. Gad, however, won't be silenced. Among other topics, she's a vocal critic of Sweden not being able to stem the exodus of wannabe terrorists to Iraq and Syria.

Sweden is one of the biggest exporters of jihadis to the so called Islamic State. Terrorists with connections to Sweden were also among those who planned and carried out the terrorist attacks in Paris and Brussels, which cost hundreds of lives.

Gad's certainly picked a contentious topic to weigh in on, as Sweden grapples with what to do. Should terrorists be prosecuted when they return? Some in our country think rehabilitation's a beter long-term strategy, but critics, such as myself, say that's the same as rewarding criminals, for example by allowing them to skip the queue for public housing and be fast-tracked for jobs.

I have listened to several interviews with Swedish jihadis, including one with a woman who joined ISIS and then returned home. They ask, what attracted her to go? What did she do in the capital of the so called Islamic State, Raqqa, and why has she come back? She confesses to several potential crimes, for example that she stood guard in a place used to hold kidnapped women. Each time I listen, I wonder why they don't investigate and prosecute her. Sweden did, after all, pass a law recently to combat terror trips.

That law, however, has not been as effective as many of us wish. This week served another blow to those of us who think people who commit genocide should be punished. A Swedish court just cleared a 25-year-old man who'd been detained in Turkey on his way to Syria. While the court said there was enough proof that he was intent on joining the jihadis, there was no proof he was planning to commit an act of terror. And thus he walked free. I'd say his lawyer found a good loophole.

That, and the fact the Sweden has not officially recognized that ISIS is systematically targeting Assyrians/Syriacs/Chaldeans, Yazidis and also Muslim minorities like Shabaks and Turkmens, and called it genocide, makes the public debate intolerable. That's why I'm so thankful to Gad, who's seen the destruction first hand. Recently, on a debate show on public service television, Gad was asked to discuss what to do with returnee terrorists. But first the panellists discussed Swedish values, how we debate being "good" vs "bad". I watched the show with irritation that grew by the minute, it felt like an eternal pseudo debate between liberal pundits and socialists softies. then it was Gad's turn to weigh in. 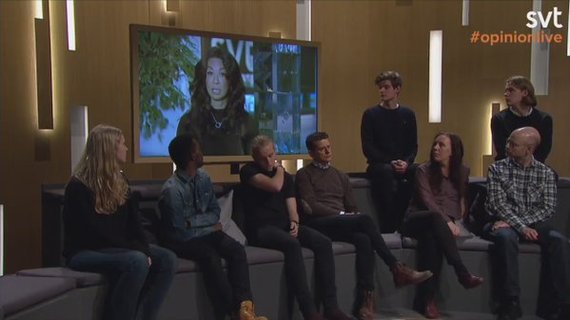 Honestly, I felt like one of my favorite soccer teams had just scored a goal, won the cup and the entire series. Sorry for the somewhat childish comparison, but how else to describe my relie, joy and feeling of ideological camaraderie. She got straight to the point:

"Sorry, I just have to interpose here. Listening to the show, it seems to me that people are not facing reality," she said. "Has Sweden forgotten that we can bleed too? Have we had peace for two hundred years and thus forgotten that our skin can bleed?"

"Tell us more about the reality that you are facing," the moderator told her.

"The reality is that Isis don't give a shit about whether you are a soldier, a civilian, a woman, a man, an adult, a child. They launch shells against civilians in densely populated areas. Small children, still in diapers, come in with holes all over their bodies. Children open doors and get shot in the head and the throat. I have stood in mass graves with body parts of four hundred human beings: heads, still with ropes around the neck, hands tied-up, hung like this over the head. A body that is only half. There are women, children. They kill pregnant women. This is the reality, and this is an international terror organization. Acts of terrorism are committed, and dozens die every in Iraq, because ISIS is there. But we don't know where they will be next month or next week." 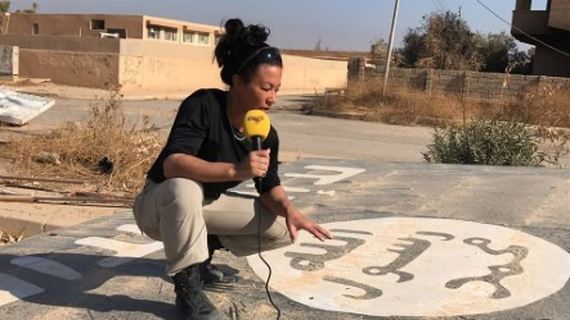 I spoke to Gad a few days after the show, when she was back in Mosul. She has decided to stay in Iraq because she feels that she can't go home and leave the Iraqis in the lurch. She has to continue reporting about the genocide that the world should be talking about every day.