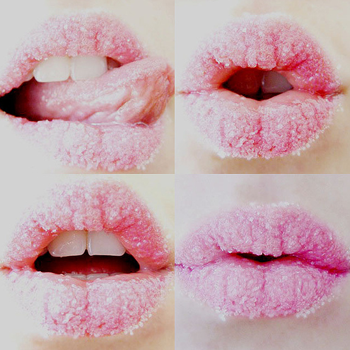 I eat organic food, I use a non-PVC yoga mat, I try to wear clothes that aren't made in sweatshops, I drink fair trade decaf. But my eco-friendly life hadn't really taken a trip south, so to speak, until a frank conversation with a friend and the discovery of Nude personal lubricant. (The link will take you to a review of Nude from Clitical, a fun and juicy website.)

I'm not here to sell you products, but I will say that finding creative ways to bring my values between the sheets has been nothing but fun.

Nude is the first certified organic lube on the market. It's food grade quality, the consistency of honey, and smells and tastes fine. If you're used to something clear and thin, the opaque and viscous Nude takes some getting used to. The only challenge is that it's oil-based (which means it's not latex-friendly). So, for use with condoms and certain toys, try the water-based Firefly.

My friend Emily wrote a really great article back in the day about eco-friendly sex toys on Grist. Here's an excerpt (read the whole thing, it's really informative):

Many popular erotic toys are made of polyvinyl chlorides (PVC) -- plastics long decried by eco-activists for the toxins released during their manufacture and disposal -- and softened with phthalates, a controversial family of chemicals. These include invitingly soft "jelly" or "cyberskin" items, which have grown popular in the last decade or so, says Carol Queen, Ph.D., "staff sexologist" for the San Francisco-based adult toy boutique Good Vibrations. "It's actually difficult for a store today to carry plenty of items and yet avoid PVC," Queen says. "Its use has gotten pretty ubiquitous among the large purveyors, because it's cheap and easy to work with."

In recent years, testing has revealed the potentially serious health impacts of phthalates. Studies on rats and mice suggest that exposure could cause cancer and damage the reproductive system. Minute levels of some phthalates have been linked to sperm damage in men, and this year, two published studies linked phthalate exposure in the womb and through breast milk to male reproductive issues.

A study in 2000 by German chemist Hans Ulrich Krieg found that 10 dangerous chemicals gassed out of some sex toys available in Europe, including diethylhexyl phthalates. Some had phthalate concentrations as high as 243,000 parts per million - a number characterized as "off the charts" by Davis Baltz of the health advocacy group Commonweal. "We were really shocked," Krieg told the Canadian Broadcasting Corporation's Marketplace in a 2001 report on the sex-toy industry. "I have been doing this analysis of consumer goods for more than 10 years, and I've never seen such high results."

So what's being done to protect consumers? Well, nothing. While the U.S., Japan, Canada, and the European Union have undertaken various restrictions regarding phthalates in children's toys, no such rules exist for adult toys. In order to be regulated in the U.S. under current law, sex toys would have to present what the federal government's Consumer Product Safety Commission calls a "substantial product hazard" - essentially, a danger from materials or design that, in the course of using the product as it's made to be used, could cause major injury or death. But if you look at the packaging of your average mock penis or ersatz vagina, it's probably been labeled as a "novelty," a gag gift not intended for actual use. That's an important semantic dodge that allows less scrupulous manufacturers to elude responsibility for potentially harmful materials, and to evade government regulation. If you stick it somewhere it wasn't meant to go, well - caveat emptor, baby!

The Good Vibrations Guide to Sex has more information on where and how to buy the kinds of toys that resonate with who you are - naughty, nice, or eco.

If you're naughty and eco, you may be interested in the Burning Rubber Paddle. John Unger turns trash into treasure, to create custom paddles and floggers from new retread tire rubber (that's new, but sold as scrap from the end of a tire roll). According to his website, "The U.S. Environmental Protection Agency estimates that 250 million scrap tires are generated in the United States each year, not counting another 45 million scrap tires used to make retreads."

Think of how much you'll do for Mother Nature with each spank.

And for some daylight-appropriate V-day tips (the image links to a video):

Update: Though many "cyber skin" and "pseudo skin" sex toy products are indeed made with PVC, as Emily reported in the article above, the CyberSkin brand is pthalate-free, according to a new study from Greenpeace.

This post was witten by Simran Sethi, with thanks to gucci girl for the image.