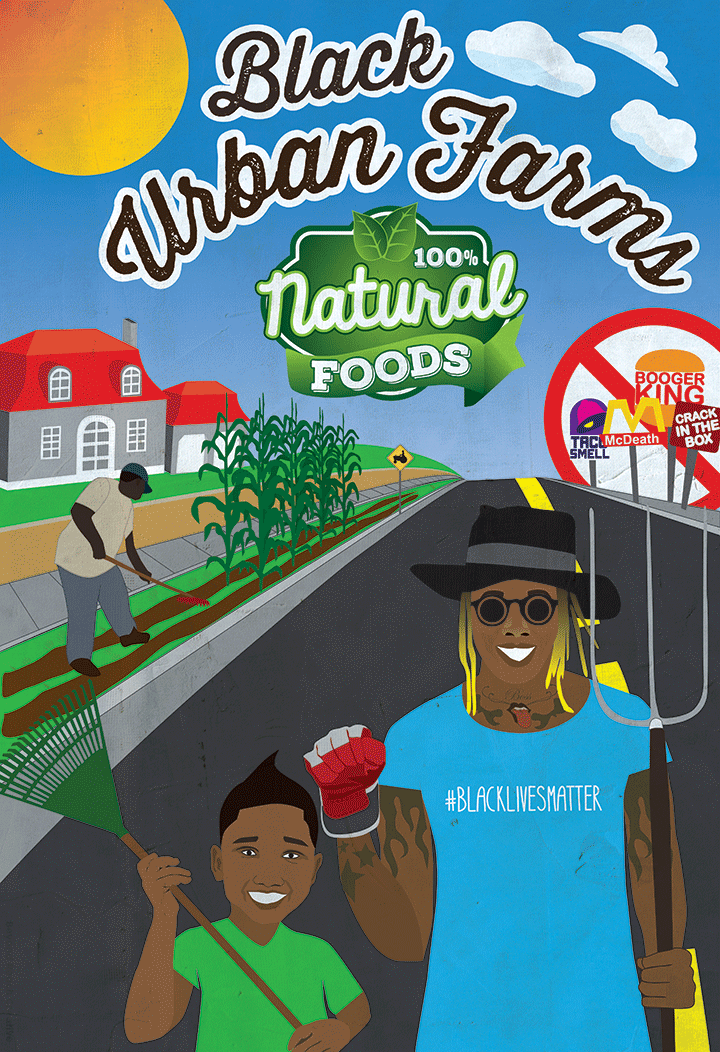 In September of 2015 CNN Money's website ran a story on their American Opportunity section about Safiyyah Cotton, a Philadelphian working at McDonalds for $7.50 per hour and bringing home roughly $480 per month in wages. That was the amount she had to provide for her and her one-year old son. Safiyya's rent was $220 a month and after paying for utilities, child care and her other living expenses, in order to make sure she and her son eat regularly she said she didn't "buy fresh fruits and stuff like that because there is no guarantee it will be eaten in the couple of days that it will stay fresh." She stuck to frozen food because it is what she can afford. Safiyyah is far from alone. Poverty has one taste and justice another.

Over the past few years we have heard quite a bit about food deserts, or high poverty areas where a lack of grocery stores makes it difficult for residents to purchase fresh food. However, we know far less about the food realities of people who live near stores where fresh food is sold, but because of their limited incomes they simply cannot afford it. Affordable healthy food is an issue of both equity and justice that disproportionally affects working-class and poor people of color in cities and rural areas. Reducing the economic necessity for some to rely so heavily on food that is unhealthy is not only a tool for fighting health concerns. There are other benefits too.

In both the United States and Great Britain, dietary changes in schools have led to reduced behavioral problems, higher grades and to decreases in the use of prescription drugs to treat attention deficit disorders. In one particularly striking example of the benefits of increasing access to fresh food, a public high school for at-risk students in Appleton, Wisconsin joined forces with a natural food store. They swapped out the soda machines for others offering juice, water and low-sugar energy drinks and also prepared meals entirely free of additives and chemicals, but with abundant amounts of fresh fruit, vegetables and whole-grain breads. The principal reported that within a year she had no expulsions from the school. Teachers reported that the students were more attentive and could concentrate for longer periods of time. Food is not always only about the most expedient way to quell hunger.

Many community organizations have long understood this and believe that food access and quality is tied to both racial and economic justice. In New York, Harlem Grown, an independent, non-profit organization works to inspire youth to live healthy lives by offering hands-on education in urban farming, sustainability, and nutrition. In Detroit, The Detroit Black Community Food Security Network (DBCFSN) works to establish food justice and food sovereignty guided by the understanding that access to good, clean, sustainably grown food is a basic human right. In Oakland, Elaine Brown, the 72 year-old former leader of the Black Panther Party has begun a thriving urban farm business that only employs Black men and women recently released from prison. She says of the effort, "I'm not in the farm business, I'm in the business of creating opportunities for Black men and women who are poor and lack the education, skills, and resources to return to a community that is rapidly gentrifying without economic avenues for them in mind." These are but of few of the ways that local community groups across the country are centering work around food in order to address issues of racial and economic health and justice. There is similar work in need of doing in more rural areas as well.

Over the past year, in preparation for an upcoming class I will offer in the fall of 2016 at Cornell University where I teach, I have met with farmers, grocers, healthcare administrators, and community organizers in order to collaboratively identify issues relating to food access and sustainability with a focus on race, inequality and poverty in Ithaca, NY. Even there, a town surrounded by farmland and known for its devotion to fresh, healthy, organically grown foods, families on fixed incomes and at the lower end of the socioeconomic ladder nonetheless struggle to access, afford and prepare food that is fresh and of high quality. During the class, our central purpose will be to move our work from critique to solutions as we explore efforts to achieve sustainable food access in the context of racism and social inequality. We will be guided by a belief that "Food work" is important because Safiyya and her son are important. They and all the others struggling in similar circumstances deserve the chance to know what justice tastes like.