Over Labor Day weekend, "the TASTE" returned to Paramount Studios. A perfect setting, the Hollywood studio lot created a feeling of an impromptu getaway for those attendees who decided to stay in LA for the holiday weekend. 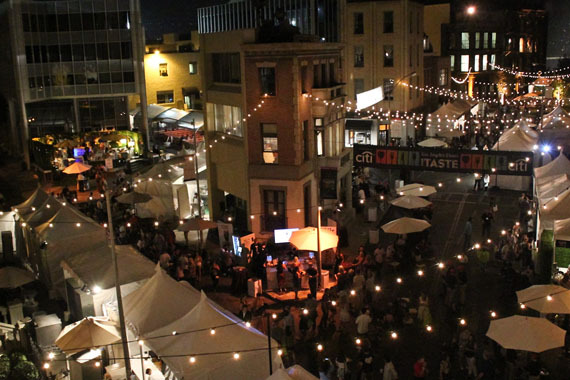 Aptly dubbed, "the TASTE," the weekend event was just that. The popular annual food fest offered a taste of every conceivable type of food and spirit that any foodie's appetite could handle. Starting with an opening night soiree on Friday, each subsequent day (Sat/Sun) offered both daytime and evening events, complete with well-known Los Angeles culinary personalities demonstrating the art of creating scrumptious cuisine. The event also showcased popular dishes from well-known restaurants. Wine, beer, and spirits were a part of the entire weekend, featuring brand ambassadors offering tastings and pairing suggestions. 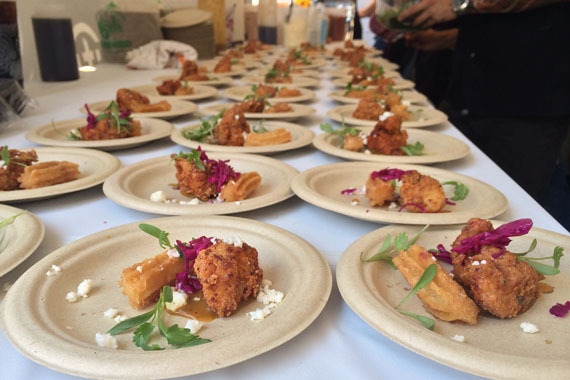 One had to pace oneself...deciding on the best choices for the most appropriate palate blending experience. Chef, Mateo Gutierrez of Santa Monica's Areal Restaurant, offered some exquisite tastes...chicken and waffles along with bacon-wrapped goat cheese dates. For the sweet lover, Areal provided its delectable homemade southern bread pudding with apricot glaze! 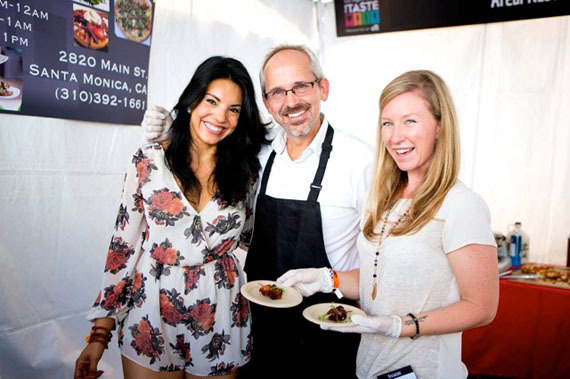 Of course, the choice of wine can make or break any good meal. Gruppo Mezzacorona was represented via Prestige Wine imports, offering Pinot Grigio, Cliffhanger Rosso, and Goosebump. The Cliffhanger Rosso was quite delightful. John D'Alvia, a rep for the company, described the wine as a blend of two grapes native to Trentino-Alto Adige (Northern Italy) called Teroldego and Lagrein. 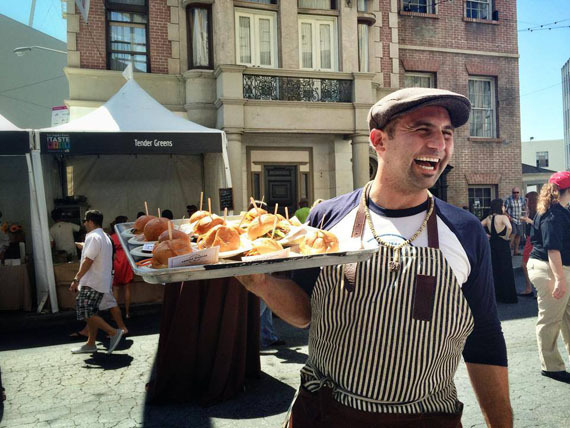 The event was much more than food...Downtown LA's eatery Gorbal's knew what they were doing when they sent Chef Peter Haller to participate in the event. Playing up to the crowd, Haller kept the line of foodies in stitches with his off-the-cuff comedy routine as he served up some mighty tasty mussels.

Swimming in a green curry coconut broth, the mussels were accompanied with Korean pears, green chorizo, and cilantro. One could see that Haller was not only a comedian, but also an experienced chef as he described his dish. The chef further explained that the spicy green chorizo was made with a green paprika, created in-house (at Gorbal's) using a blend of poblano and jalapeño chilies...Delish! 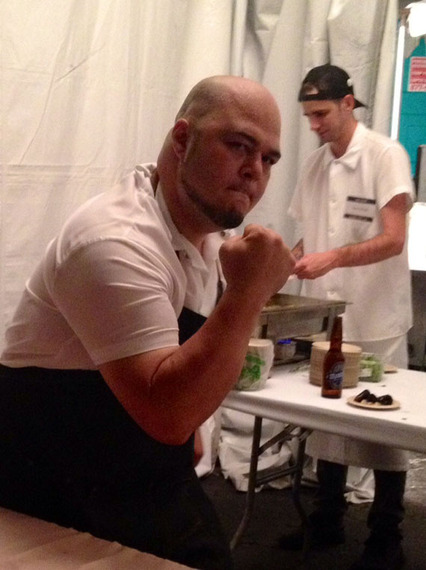 Let's not forget that dessert is an essential part of any balanced meal. Stumbling onto what turned out to be my all time favorite sweet taste was an intense spirit infused truffle provided by Twice the Vice Spirited Chocolates. A charming duo, Craig Boreth and Aaron Makinen sell their delectable hand crafted chocolates predominantly online. The rich milk and dark chocolate truffles are enhanced with top shelf spirits. My favorite was the White Russian, which was made with Kahlua and Vodka. 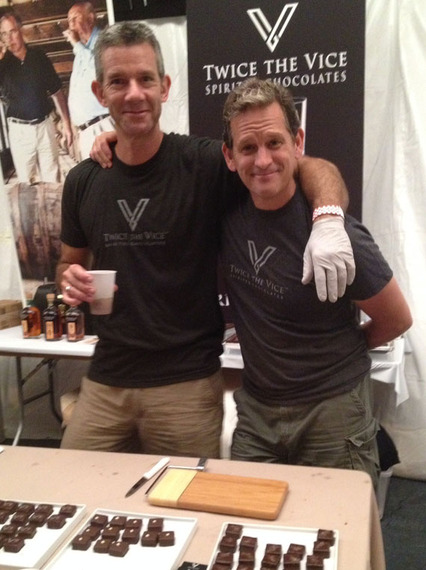 All in all, the TASTE was a food lover's fantasy...one that you should put on your wish list for next year! Until then...Happy Eating! 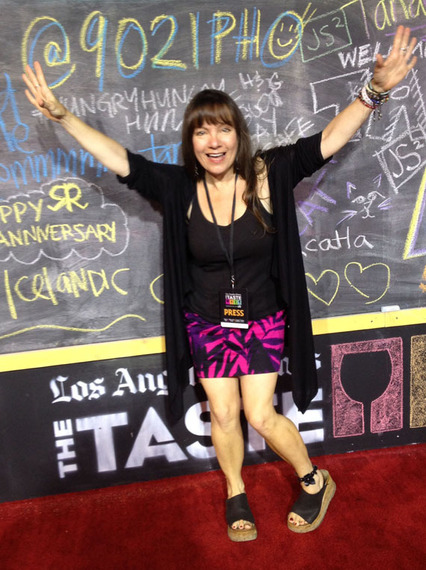