In his third year of medical school, Elliott Antman did an experiment in a pharmacology lab involving the medicine lidocaine.

Doctors knew it helped patients while they were having a heart attack. They just didn't know why. Antman had an idea -- and his research showed he was right.

When he excitedly shared this news with his mom, she asked whether he'd be writing a report on it. He wasn't sure. So he asked the head of the lab about it, and in turn received a piece of paper with a rectangular box for him to cram all his information into.

That document actually was an application for Antman to present his research at Scientific Sessions, the American Heart Association's flagship medical convention. The fact he was accepted as a third-year medical student is quite outstanding. It's roughly the equivalent of a college film student getting to screen their work at the Academy Awards.

His presentation in November 1973 changed Antman's life. He became hooked on research, cardiology, Scientific Sessions and the American Heart Association. 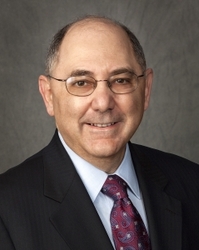 Antman returned to Sessions in 1977, and he's been back every year since. Each time, he's attended the opening event, which is highlighted by the AHA President's annual address. This speech is perhaps the most anticipated and memorable 20 minutes of every president's yearlong term.

On Sunday, Dr. Antman -- now the 78th President of the AHA -- had the pleasure of delivering his own such address.

While the nuances of his talk connected best with the thousands of scientists and medical professionals in the audience, his theme was something we can all relate to: The technology and "Big Data" that already surrounds us can also save and improve our lives.

It's my privilege to turn this spot over to Dr. Antman to provide more insight on how the Information Age is helping combat the top two killers in the world, heart disease and stroke.

In an earlier era of heart care, a pioneering doctor named Paul Dudley White acquired for his office a state-of-the art tool. This marvel was a 28-pound box with a wire coming out of it. 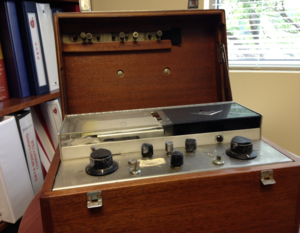 Dr. White -- known as "The Father of Cardiology" and one of the co-founders of the AHA -- could connect that wire to a patient, then flip on the machine and watch as the device measured the electrical activity of the patient's heart. It even produced a paper record of it.

You may know this test as an electrocardiogram, or by the initials ECG or EKG. Technology has come so far that we can now do tests like this using a smartphone. All it takes is a case featuring two special metal plates and an accompanying app. And instead of the patient lying down in the doctor's office, a patient can do this from anywhere in the world.

How accurate is it? Good enough that I rely on it in my own practice.

I recently received the case of a 67-year-old patient with ongoing heart palpitations. Traditional tests -- including the modern version of the device from Dr. White's office -- couldn't trace the source of the problem, so I prescribed a heart rhythm monitoring device similar to those used on smartphones. The patient did several recordings at home and work, and I diagnosed a condition called atrial fibrillation (AF or AFib), a quivering, rapid irregular heartbeat. I then formulated a treatment plan.

This is obviously a major leap from the days of Dr. White. Yet it is also incredible progress from just a few years ago.

This example illustrates the wave healthcare is riding. Emerging technology, new data and a constant push for scientific discovery are expanding and improving the way doctors treat patients. That was the major point of my presidential address: The importance of stretching the limits and taking advantage of all technology offers.

Let's get back to the example of AFib.

About 33.5 million people worldwide are affected by the condition, and that number is expected to grow dramatically because it is mostly found among the elderly, a rapidly growing segment of our population.

Not all patients have smartphones. Not all patients are in the United States. So, how could we treat people in far-flung locales, such as a remote village in the Dominican Republic? 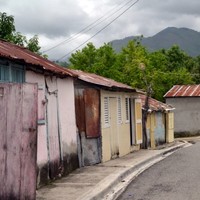 While only 33 percent of this area had electricity, 90 percent of it had cell coverage. This enabled ECG readings to be recorded on smartphones and transmitted to a research team at a U.S. hospital in just a few seconds.

Once diagnosed with AFib, the go-to treatment for the past 50 years has been a blood-thinning pill known as warfarin. And while we've been talking about advancements going forward, the story behind the discovery of this drug offers an important lesson, too.

Plus, it's pretty neat.

It dates to February 1933 and a farmer in Wisconsin who noticed that his dairy cows got very ill and started bleeding when they ate a certain type of wet hay.

One snowy Saturday, he loaded some of that hay onto his truck and drove across the state in search of answers. He wound up meeting with people who already were studying chemicals naturally found in hay. One thing led to another and they discovered that the wet hay produced a compound that prevented blood from coagulating, or clotting. This is what caused the cows to bleed -- and, if it could be created synthetically, offered potential as a medical product. The effectiveness of using blood-thinners in preventing stroke in patients with AFib was confirmed decades later.

Warfarin is not a perfect solution, though, so other medicines have joined the field. A few have reached the marketplace -- about one for every 10,000 attempts. And it takes about 15 years and costs about $1 billion for each of those to emerge.

Thus, the lesson: Both serendipity and extensive, exhaustive, expensive research have produced helpful treatments, but we can't rely on either going forward. We need a better way.

How can we do it? How can we discover more treatments that capitalize on the technology at our fingertips? The answer lies with disruptive innovation.

Harvard Business School professor Clayton Christiansen coined that term to describe what happens when a new development has an unexpected and profound impact on how we live and work. For example, cell phones freed us from land lines, which in turn gave birth to the smartphone, an all-in-one tool like a modern-day Swiss army knife for patients and members of the healthcare community alike.

There's no telling what treatments or prevention tools that disruptive innovation could lead us to.

One potential means of discovery is a research platform called the Cardiovascular Genome-Phenome Study, or CVGPS. This work combines data from the landmark Framingham Heart Study and the Jackson Heart Study as well as other prominent population studies. Combing through this volume of information -- and a deeper level of information -- can lead to breakthroughs in cardiovascular research. (A quick example: By screening for people affected by a condition at a young age, we can examine why some were severely affected and others weren't.) I was honored to announce the first eight awardees of CVGPS grants in my Presidential Address.

Why are we doing all this? Why are we working so hard to pair modern-day tools with medicine? It's simple, of course.

Innovations are part of a larger movement toward a culture of health, a day when ideal cardiovascular health is the norm. Yet the real answer is people -- helping them live longer and better. Life is why.