Florid in palette, thick and gestural in style, and rich in sublime allegory, the work of Russian avant-garde painter Moses Feigin has been largely unknown in West. But now, a few years after his death at the age of 104, this embattled lion of the 20th century Moscow art world is getting the national and international recognition he deserves. 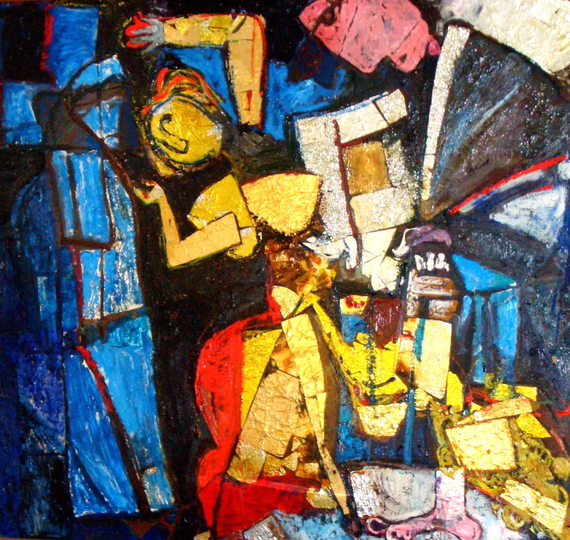 Having lived and worked during more than one seismic cultural shift, Feigin's style itself went through many phases, as his strong progressive voice developed and evolved, was driven into silence by oppressive state policies, and roared to life again as history unwound. In many ways, it is the story of modern Russian art itself that plays out across Feigin's career.

Trained in rigorous academic traditions, Feigin was attracted by the raw power, energy, and original thought of groups like the Jack of Diamonds, also called Knave of Diamonds, Russian Bubnovy Valet (an avant-garde collective founded in Moscow in 1909), of which Feigin was the last surviving member). As the name implies they favored a youthful, vibrant, modern dynamic of bright colors and expressive emotion -- important qualities that came to define Feigin's whole oeuvre. 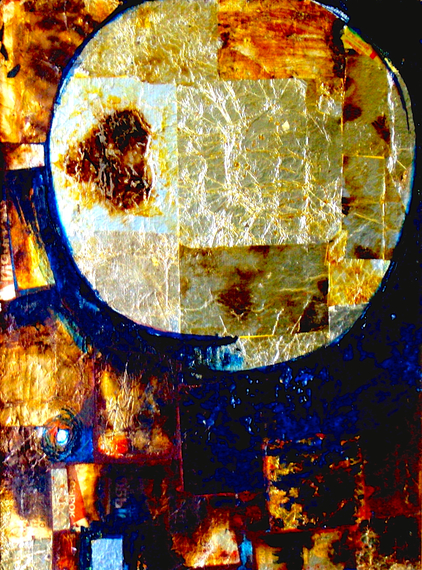 This popular and exciting work, influenced by both Russian folk-art and European post-Impressionism, was nevertheless banned in 1931, when Stalin issued a decree forbidding such "degenerate" art, sanctioning only Social Realism. Like many artists in the Soviet regime, Feigin made his living doing State work, but in his heart -- and his private studio -- he rebelled.

Feigin experimented along the abstract/figurative continuum. His preferred palette was red, yellow, black, indigo, and orange and was applied muscularly in deeply scored, richly shadowed, and thickly drawn shapes -- almost like stained glass. In the late 1960s, notably a time of cultural easements sometimes called the Thaw, Feigin became enchanted by world of the carnival. 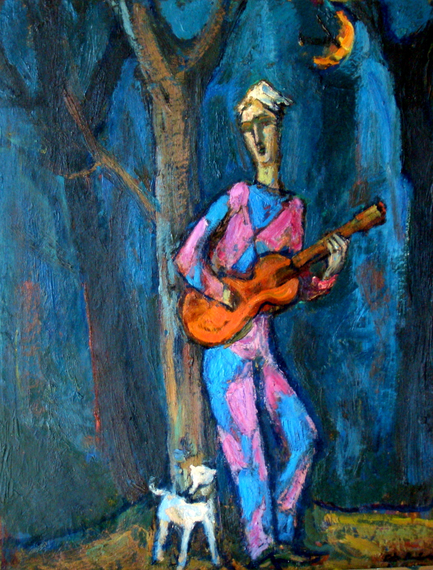 Soon harlequins, actors, comedians, and musicians became his favorite characters, appearing frequently in the work he would produce for the next 40 years. Perhaps its colorful freedom put him in mind of his Jack of Diamonds heyday; perhaps he just loved the colorful patterns. The carnival's visual character seems to have been at least as salient for Feigin as its yield of metaphors. This is clear because he also made a great deal of completely abstract work that featured the same optical strategies and stylistic cues as their circus-tent cousins. 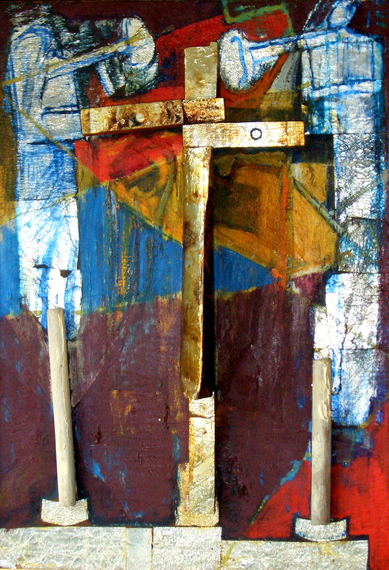 This impressive private collection assembled by Luba Matusovsky (which is available for public and online viewing) represents the 1970s and 1980s with examples spanning 1968-1992, a lengthy period in which Feigin worked in each of the above motifs and styles at various times; and thus represents a substantial cross-section of his entire mature output. Along with examples of the abstract carnival, what makes this collection especially unique is also the presence of several important, much rarer works. For example, a series of opulent, innovative mixed media works incorporating collaged foil -- variations on the altarpiece/icon; as well as recurring meditations on the theme of the Temptation of St. Anthony. A pioneer of monasticism who lived to be 105, St. Anthony was known for, among other things, his credo of overcoming the boredom in a martyrdom of solitude by combining prayer with physical work -- an enduring subject of arts and letters that resonated with Feigin on an all too personal level. Jester and ascetic, creature of politics and humanism, both subversive and dedicated in his craft -- this is truly Moses Feigin's legacy. 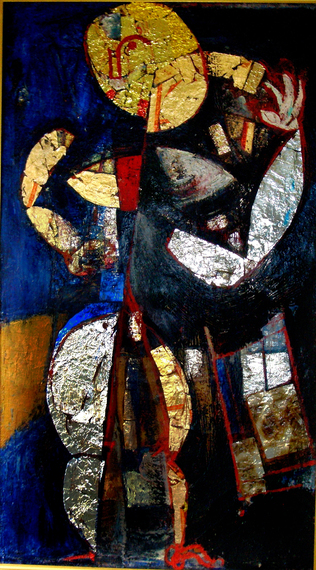