So here's a bit of random Deirdre trivia for you (which, I promise, will lead to a greater point).

I'm not a good chopper, I'm not good at putting flavors together, and I'm impatient...which means I hike up the oven temperature to save time, leading to messes like this: 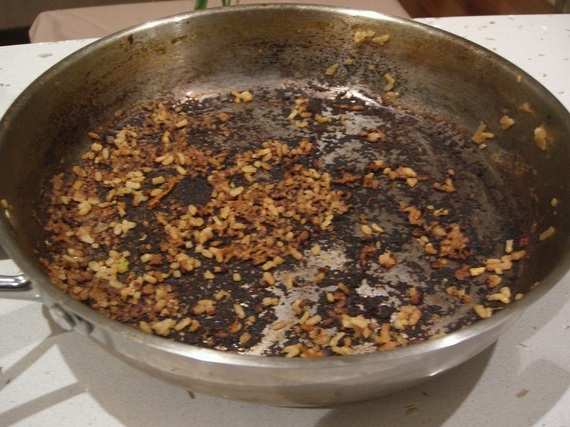 I've staked my claim on the I-can't-cook thing for quite some time. It's never been an embarrassing proclamation, per se, but more an acceptance of a fact.

I realized recently, however, that there's a huge flaw in my thinking. And that flaw has caused me to me to stay away from cooking for years...when I might have really enjoyed it.

The flaw? It's thinking that I can't cook...

Lots of us make a lot of claims about things we can't do or be:

...I'm not coordinated enough to dance, we say

...I'm just not a patient person, we say

...I can't wrap my head around French, we say

We say these things with a kind of finality, accepting - sometimes with a sigh - that this is just the way things are. And that's where we're wrong. It's not that we can't ever achieve these things. It's that we just haven't achieved them...yet.

So why are we so quick to declare that we can't do certain things ever?

There are a few reasons, which are not only complete bunk, but which also keep us from doing things we might truly enjoy.

I present these flawed reasons to you now. Buckle up.

Reason #1: We've got the wrong mindset

I came to the beauty of the word yet through a wonderful TED Talk by Carol Dweck, a professor of psychology at Stanford.

In a nutshell, she says that there are two different mindsets. The growth mindset is based on the idea that, if we work at it, our abilities can be developed and expanded over time.

The fixed mindset says "no sir"...our abilities are set in stone. We are born with certain natural talents and that's how it is and how it always will be. Amen.

The growth mindset, of course, is what we're going for in life. Yet many, many of us have a fixed mindset. I did with cooking. And with numbers. And with French.

So much of what we think is fixed...isn't. We can learn to do them better if we just put some effort into them. And as long as we're willing to go through the learning process.

Which leads me to the next reason behind our definitive "we can't" statements...

Man, do most of us hate putting ourselves on the line!

But we also never explore the new things that just might delight us.

So, perhaps, we need to get over ourselves and our need to be perfect all the time. Easier said than done, I know...but it's possible (and gets easier) if we just get started. So let's get started.

(Check out my Don't Worry Be Crappy post for more on this point.)

Sometimes we think we're just too old to try something new. We believe that our time to try certain things has passed, that we're too settled to begin a new hobby or career or attitude.

Julia Child made her TV debut at 51. Duncan Hines wrote his first food guide at 55. Heck, Colonel Sanders didn't find success with his restaurants until he was 65.

Think you can't go back and get your art degree because you'll be 58 when you graduate?

I've got a newsflash for you. You're going to be 58 anyway. So you may as well do stuff that you enjoy when you get there.

To wrap this thing up...it's time to realize what's possible. It's time to stop copping out of opportunities. It's time to add the word yet to the things we can't do.

Yes, there will be things we really can't do...but not nearly as many as we think there are.

The rest of them? Of course we can do them! We just hadn't realized it. 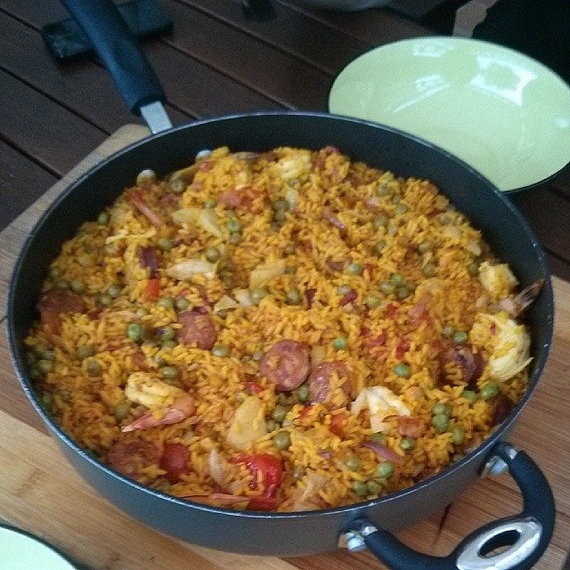 PS: Special thanks to Alpha for the burned pan shot, and to Chris Betcher for the tasty food shot!