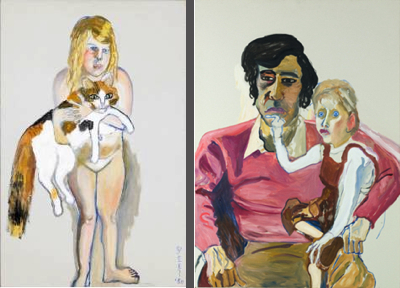 When I think about artists who excel at the art of portraiture, I am thinking about those whom I admire not just for capturing the likeness of a sitter, but those who, courageously and in the most uncompromising way, swore to tell the truth, and nothing but the truth: about the people who model for them, then about the viewers, and ultimately, about themselves. Alice Neel, a great American portraitist who died in 1984, fits this description to a T. The excellent retrospective of her works originated this spring at the Museum of Fine Arts, Houston, then traveled to the Whitechapel Gallery in London; it opens October 9 at the Moderna Museet in Malmö, Sweden.

This famous Korean-born American artist is rightfully celebrated as the father of video art, and this fascinating exhibition focuses on the time he spent in Germany, first as a student of Stockhausen in the 1950s, and then as a teacher at the Kunstakademie Dusseldorf in the 1990s. His groundbreaking art makes most of today's video art seem remarkably banal. 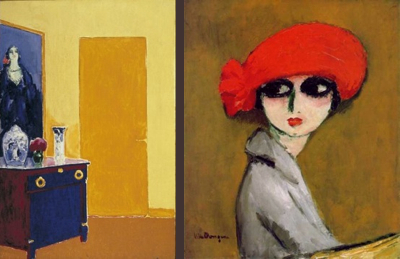 3. All Eyes on Kees van Dongen, on view at the Museum Boijmans, Rotterdam through January 23, 2011

The Dutch-born Kees van Dongen settled in Paris in 1897 and then in 1929 became a French citizen. Early in his career, he was famous as a member of the Fauves and later exhibited with Die Brücke, the German Expressionist group. His moody paintings, with their dark saturated palette, give the impression that his sitters are slowly recovering from a terrific hangover. It should come as no surprise that today, almost a century later, the art of such famous portraitists as Marlene Dumas and Elizabeth Peyton is undoubtedly influenced by van Dongen's deliciously over-the-top paintings.