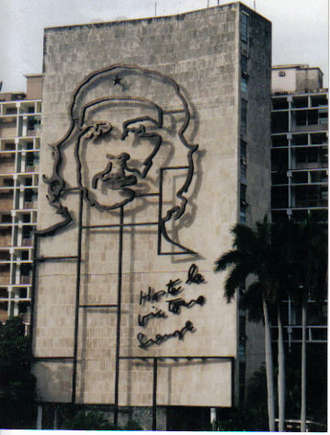 "Sixty dollars," said the cabbie in Havana.
"For the day?" we answered.

He nodded in agreement and surveyed the street again. At eight in the morning, the block in front of the Hotel Inglaterra was quiet. But we had already learned that eyes were always on foreigners in Cuba.

"Sixty dollars," the cabbie repeated. "We go anywhere you want."

With that, we climbed into the back seat of his vintage Chevy, which was part gleaming chrome and part duct tape.

"But first we have to make one stop," he said as we pulled away from the hotel and down the crooked streets leading to the Old World harbor. "We need to find some gas."

Twenty minutes later, we turned into a dirt plaza on the outskirts of town, where men in overalls carried plastic pitchers and metal cans with varying amounts of the precious fluid. It could have been an outtake from a Mad Max movie.

Now, almost 25 years later, Cuba has welcomed a sitting president of the United States -- the first such visit in 88 years. Even in a place as sheltered as Cuba, the victim of a decades-long trade embargo with the U.S., the world cannot stay the same forever.

After we secured enough gas, we drove up and down the Malecon, around the Parque Central, past the Capitol building that looks so much like our building in Washington, D.C. In subsequent trips to the island, I saw that the gas lines have largely disappeared and tourism has returned to the island. Today, finding a hotel room in Havana is the new challenge.

Through it all, the Cuban people wait and watch and pray for a better tomorrow. On that first drive around Havana, we realized that except for the Plaza de la Cathedral, El Morro Castle, the capitol dome, the city rolls out as a maze of low-slung buildings. They carry on like old men who go to the park every day to argue about baseball and to play dominoes.

"We never trusted the Russians," an old woman told us at one stop. A brave thing to say considering that the Soviet Union, Cuba's longtime sugar daddy, had fallen apart only a few years before.

"Why not?" we asked.
"Because we were better dancers."

The long dance continued this week, with President Obama's visit, the Rolling Stones' concert and the first time a major-league baseball team came to town in 16 springs. As I discovered when this place turned my head a quarter-century ago, the real Havana lies in the shadows, winking like a whore from another alleyway. This place rides the night air like a piece of music that grabs your attention, only to dissolve when you stop and try to determine where the tune is coming from.
I wrote those lines back at the Hotel Inglaterra after that first dizzying day in this part of the world. They became the snippets that I stuck to my bulletin board when I began writing my first novel, Castro's Curveball.
With each return trip (I've made three in all), the questions remain the same. How fast can and will Cuba change? What will it become, especially when the Castro brothers fade from the scene? (Raul Castro has said he will step down in 2018.)

We first peppered the cabbie with such queries that first day in Havana and his answer remains as true today as it was then.

"You have to remember that Cuba has a long history, an old soul," he told us. "So nothing will work out as planned or as expected. What would be the fun in that?"

Tim Wendel is the author of 11 books, including Castro's Curveball, Summer of '68 and Habana Libre. 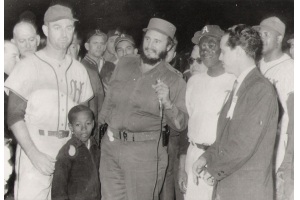