At this very moment, leaders from around the world are gathering in Peru to discuss environmental issues, policy and planning for the future at the 20th United Nations Framework Convention on Climate Change (UNFCCC) Conference of the Parties (COP). Major steps have been made towards securing a more sustainable future, however without careful consideration, only half of the solutions to the world's environmental problems will be addressed in Lima.

Failing to recognize the critical role of women and gender equality in tackling climate change leaves out 50 percent of the solution. That begs the question: why not include gender considerations? Why are duty bearers - governments, institutions, and policy makers - reluctant to embrace women's rights in the environmental sector, when other areas tout diversity? 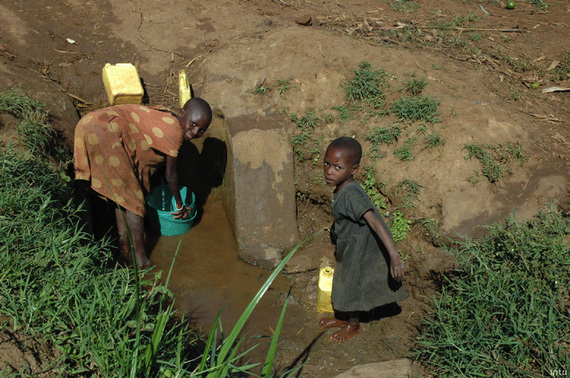 Studies have uncovered a positive correlation between the level of women's representation and a country's efforts toward sustainability, yet gender inequalities persist and many climate change initiatives don't address gender sufficiently. The importance of gender considerations in climate change policy-making, programming, and finance has gained recognition in recent years--and subsequently, 32 decisions of the UNFCCC have included substantive text on gender that primes Parties for gender-responsive action at national level. However, countries that fall into the highest income category (OECD countries) often perform comparatively low on reporting on gender, environment, and sustainable development to the Rio Conventions and the Committee on the Elimination of Discrimination against Women (CEDAW). A clear framework must be enacted that transforms these words and policies into actions.

Gender-blindness is a real, and detrimental, thing. Women's contributions to addressing climate change are frequently overlooked, primarily due to such challenges as obstructed access to markets, capital, training, and technologies; insecure land and tenure rights; and the double burden of responsibilities inside and outside the household. The result is lost opportunities to achieve multiple benefits - gender equality and women's empowerment could open the door to greater strides in better overall development outcomes, including reducing greenhouse gases and building resilience to climate change impacts.

Recently, a study identifying unconventional edible plants was undertaken in the Amazon using gender-sensitive methodologies. The resulting data showed 45 new species that had never previously been documented--species that could be an alternative source of food and improve nutritional intake for local communities as they are forced to adapt their livelihoods in the face of climate change. These groundbreaking findings highlight women's role as knowledge sources--sharing information that is crucial for forest management and biodiversity/conservation policies policies, as well as strengthening food sovereignty. However, data also shows that implementation of native species as crops in this region has declined significantly for elderly women and youth, with only seven native species being grown by elderly women and just one on farms of young women. This example underscores the need for identifying and addressing women's and men's roles, responsibilities, and specific knowledge separately, as well as promoting women as decision makers, ensuring the success of environmental policy and planning.

Instead of ignoring the differences between how men and women utilize natural resources, women should be viewed as equals and agents of change. The UNFCCC Peru COP is an important opportunity to continue to build enabling elements of an effective, efficient, and equitable gender-responsive climate change framework. The Government of Peru, particularly as the host of this crucial COP, is in a position to take leadership on propelling progress in several areas, including mainstreaming gender. The world is watching and the time to incorporate a gender-responsive approach in climate policy is now.