When we think about the wonders of the world, evocative images of ancient structures in Rome, Giza, Peru, or Southeast Asia typically come to mind. And while the ancient wonders of the world are indeed spectacular, this most recent millennium also has its fair share of jaw-dropping testaments to political, religious, or simple human greatness that no traveler can miss.

To find these amazing feats of human ingenuity, we've looked at thousands of recommendations from real travelers on minube and compiled this list of the most staggering structures hatched from the human imagination. From a surreal mountaintop palace in Portugal to the brilliant white mosques of Abu Dhabi, here are the top 10 marvels of the modern world! 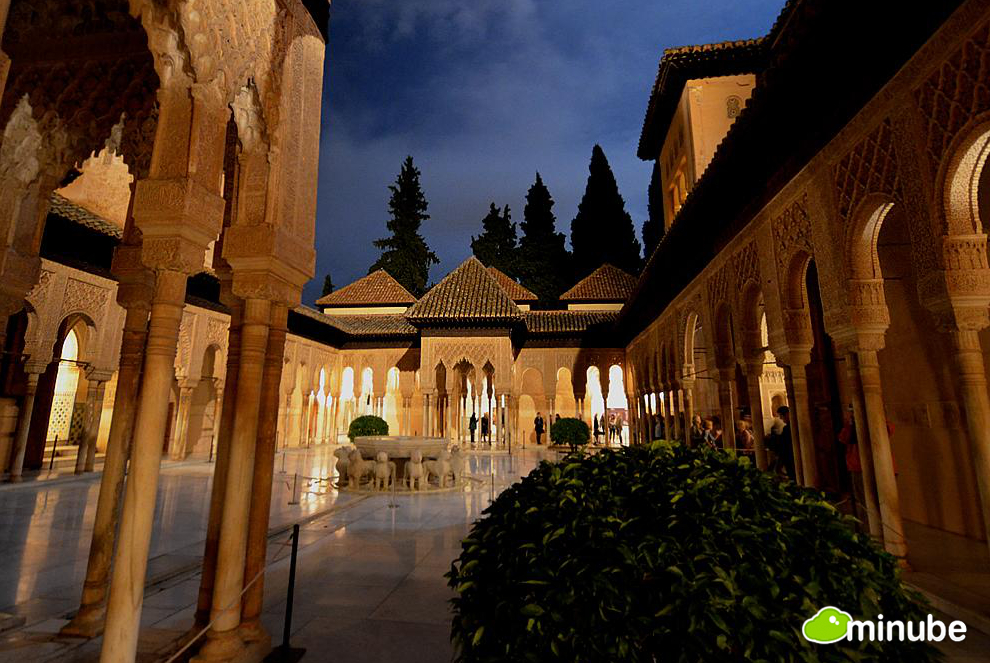 The Alhambra, Spain - "An ode to power, the human feat, and the sublime," is how one traveler described the Alhambra, the jewel of Andalusia and one Moorish ruler's attempt to re-create paradise on Earth. Given the Alhambra's stunning gardens, peaceful courtyards, bubbling fountains, and incredible hilltop views of the city of Granada, we'd say he succeeded! Plus, once you're done exploring this grandiose palace built in the 13th and 14th centuries, beach-lovers can head an hour south and enjoy the Mediterranean while more adventurous types can head up for skiing and hiking in the nearby Sierra Nevada. (Photo by Miguel Egido)

Click here to see more photos of The Alhmabra 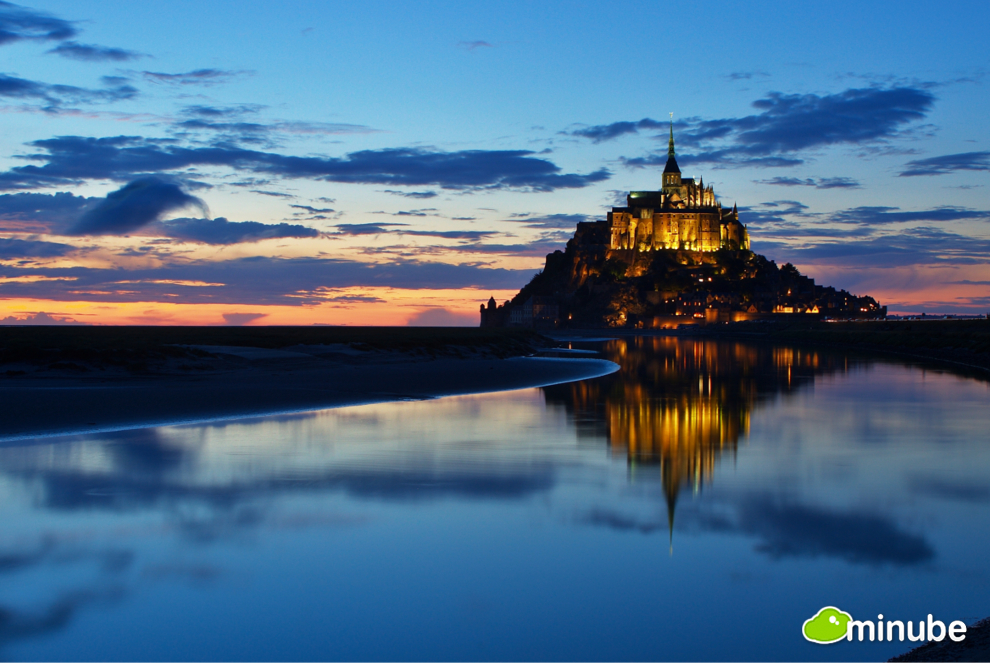 Mont Saint Michel, France - There are few places on Earth quite as striking as Normandy's Mont Saint Michel, a small tidal island whose iconic abbey jutting into the sky is the stuff of fairytales. Cut off from the mainland during high tide, the community boasts a whopping 61 historical monuments and the whole village is recognized as a UNESCO World Heritage Site. So what's the best way to enjoy this modern marvel? Many travelers suggest parking on the nearby bridge to take in Mont Saint Michel glowing in the tidal waters as it lights up at sunset. (Photo by José L. Báscones) 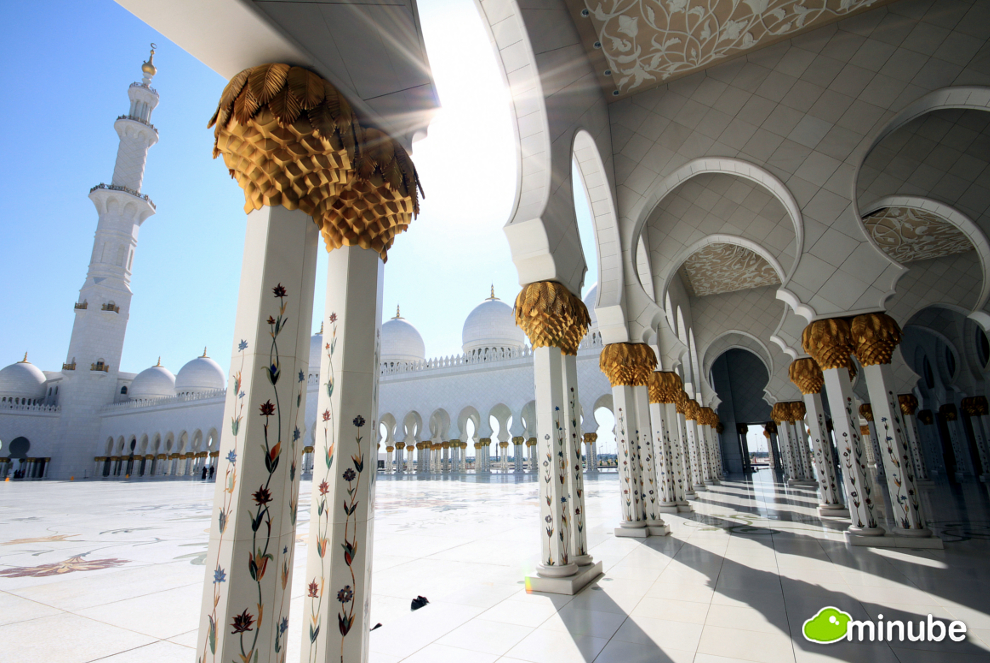 Sheikh Zayed Mosque, UAE - Set in the otherwise drab outskirts of the UAE's capital, Abu Dhabi, the Sheikh Zayed Mosque is a dazzling oasis of white stone, gleaming light, and staggering proportions. Made to hold over 7,000 worshippers, the Sheikh Zayed Mosque is one of the world's most overwhelming lavish constructions, featuring over 50 separate domes and carpets and crystals brought from around the world. The best time to visit is in the evenings when the intricately-detailed columns are lit up and shine in the mosque's many reflecting pools. (Photo by Lucio Sassi) 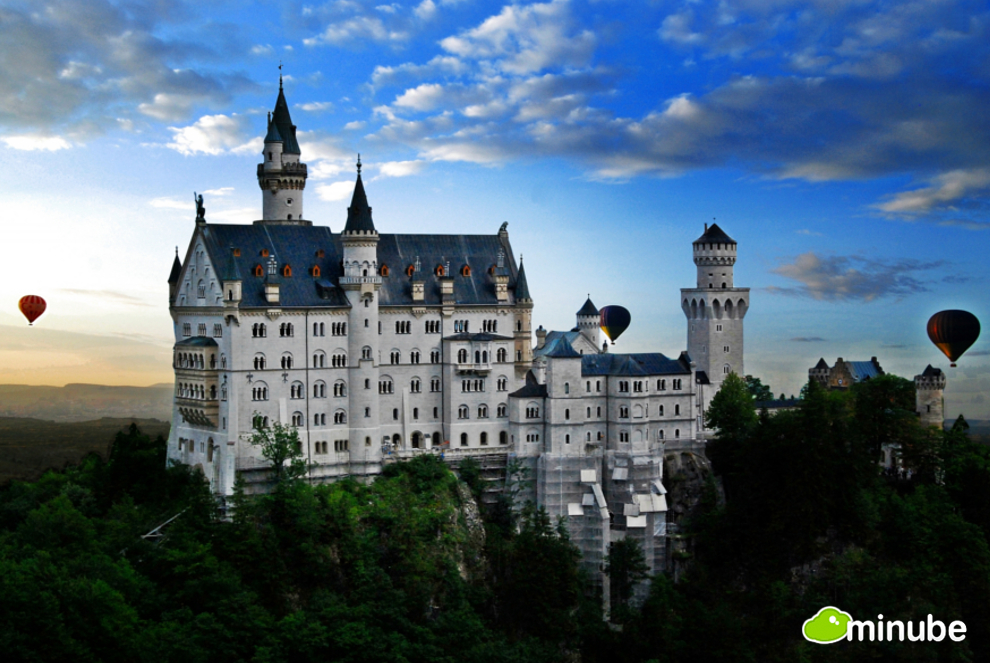 Neuschwanstein Castle, Germany - Exploring the forests, meadows, and lakes of Bavaria is an amazing experience in and of itself, but turning a corner and seeing the Neuschwanstein Castle reining over the green landscape is truly breathtaking. An inspiration for Disney himself, the Neuschwanstein is pure whimsy: everything from its improbable location on a narrow and rugged hill to its impossibly ornate halls and famous artificial grotto speak to the ostentatious (if not controversial) flights of fancy of its builder, the Mad King Ludwig II. (Photo by Manel C. Martinez) 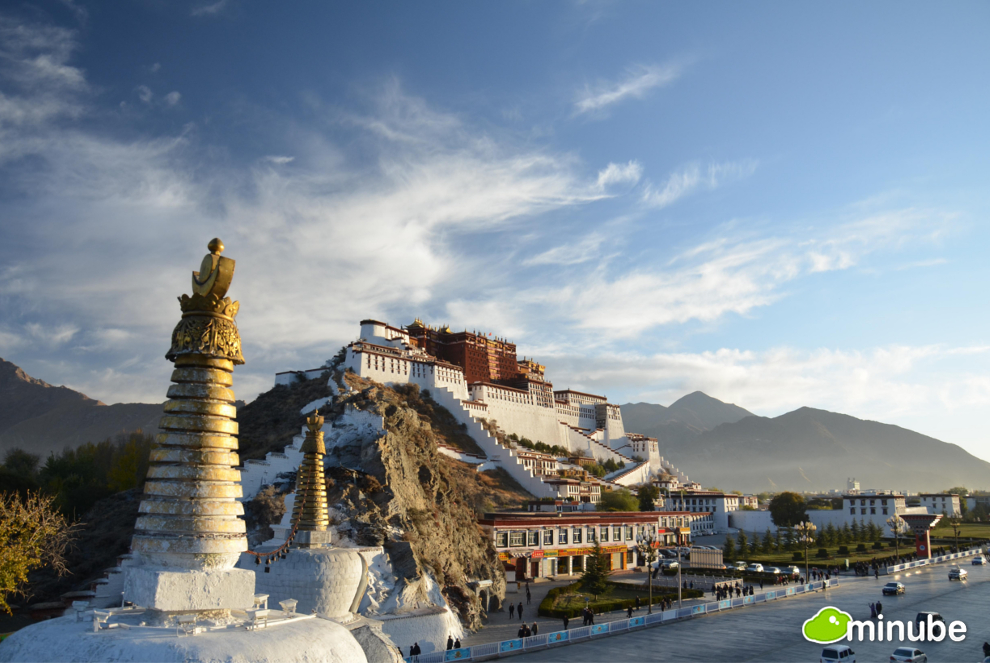 Potala Palace, China - As spiritual and political seat of the Tibetan Dalai Lamas and the world's highest palace, the Potala Palace in Lhasa exerts an irresistible magnetism upon all who approach it, as many travelers can attest. Perhaps it's the palace's location, towering 1,000ft. above the surrounding valley and set against the clear blue Tibetan sky, or its solemn halls filled with Buddhist reliefs and wafts of incense, but there's no doubt Potala's UNESCO-recognized Red and White Palaces are one of China's (and the world's) greatest cultural treasures. (Photo by Juanjo Fontanet) 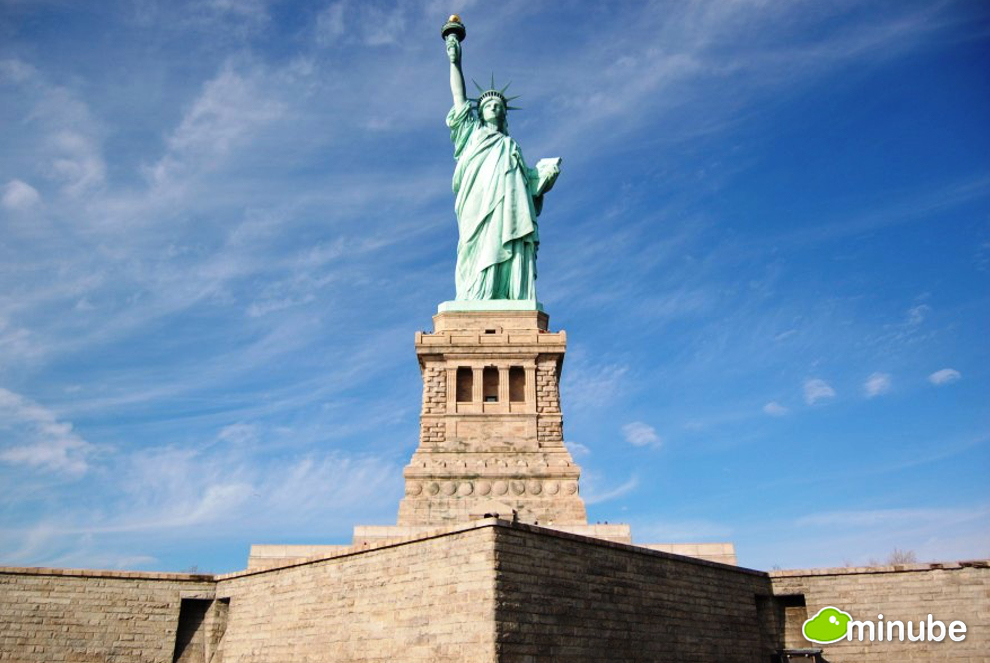 The Statue of Liberty, USA - Instantly recognizable to millions across the world, Lady Liberty presides over New York Harbor and has served as a grandiose symbol of the American Dream for over a century. Originally erected in 1886 as a gift from the French, the Statue of Liberty (and her dazzling 24-carat gold torch) is arguably New York's most emblematic monument and a must for all visitors. Although sporadically closed after the 9-11 attacks, visitors can once again take in the stunning views from the crown (advance tickets required) or simply bask in her glory on one of the ferries which leave from Battery Park. (Photo by Solene Chapin)

Click here to see more photos of the Statue of Liberty 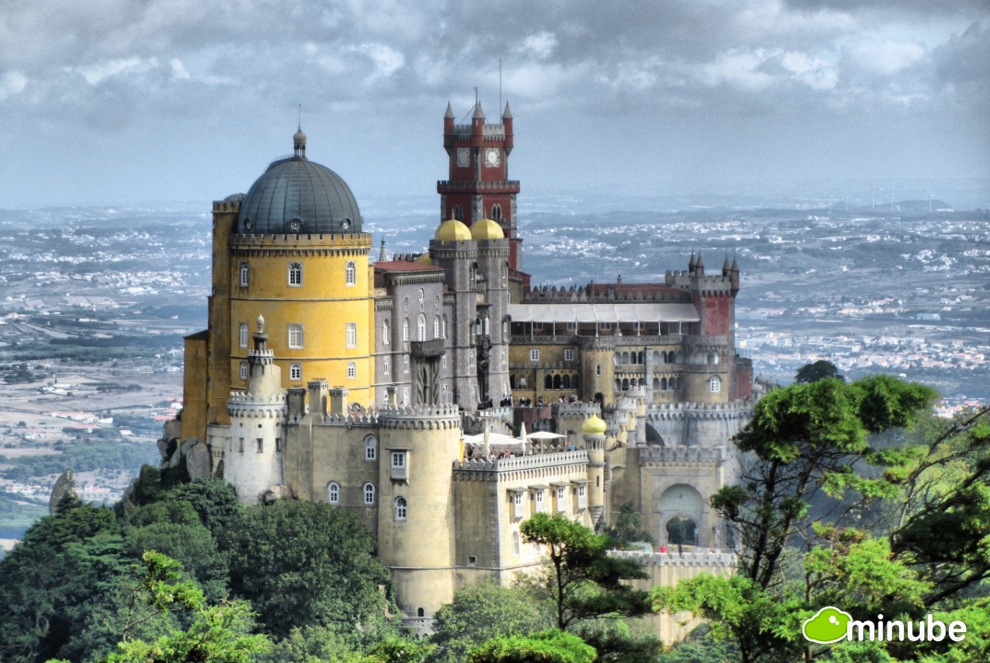 Pena National Palace, Portugal - Located in Sintra, Portugal, a town famously described by Lord Byron as "the most beautiful in the world," the colorful and surreal Pena National Palace is a reflection of 19th-century Romanticism's obsession with all things exotic. While travelers can visit the decadent interior in guided visits, many recommend getting to the Pena National Palace bright and early to avoid the crowds and enjoy a peaceful walk through the surrounding gardens to enjoy the unbeatable views of the palace in peace. (Photo by Margarita M. León) 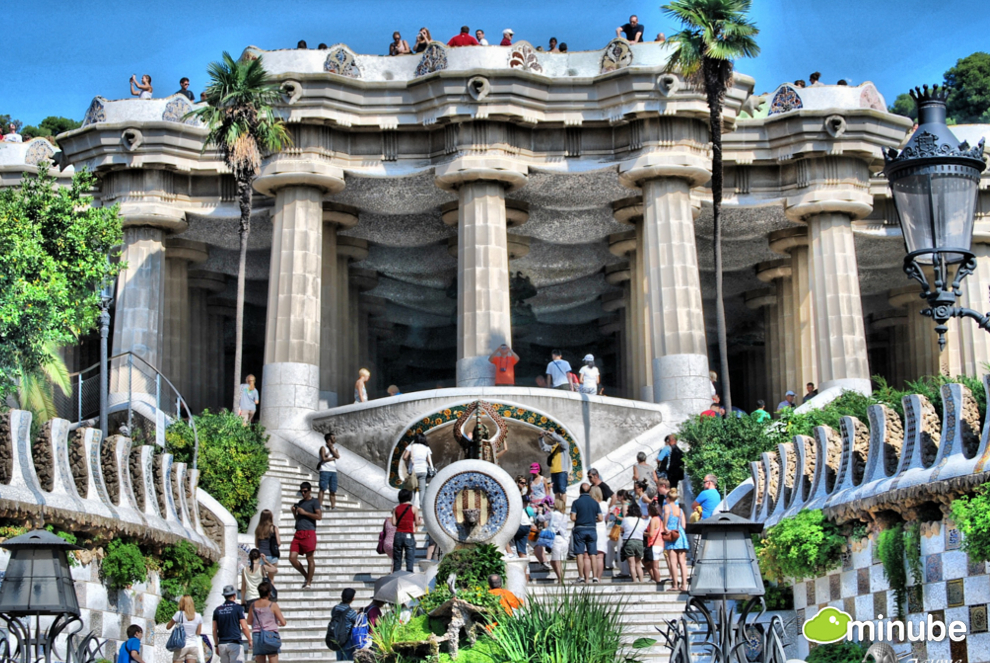 Park Güell, Spain - Barcelona's Parque Güell is the only park on our list, but thousands of travelers agree that it more than deserves its reputation as a real-life Wonderland. Designed by the Catalan modernist Antoni Gaudí, this magical park features fantastically-shaped buildings, undulating walls filled with nesting birds, and wavy mosaics set amid a wild, overgrown park which just happens to offer some of the best views of the city. But rather than heading straight for the viewpoints, many travelers suggest getting lost along the hidden trails through lush forests and Hansel and Gretel-esque buildings. (Photo by Jaume Tello) 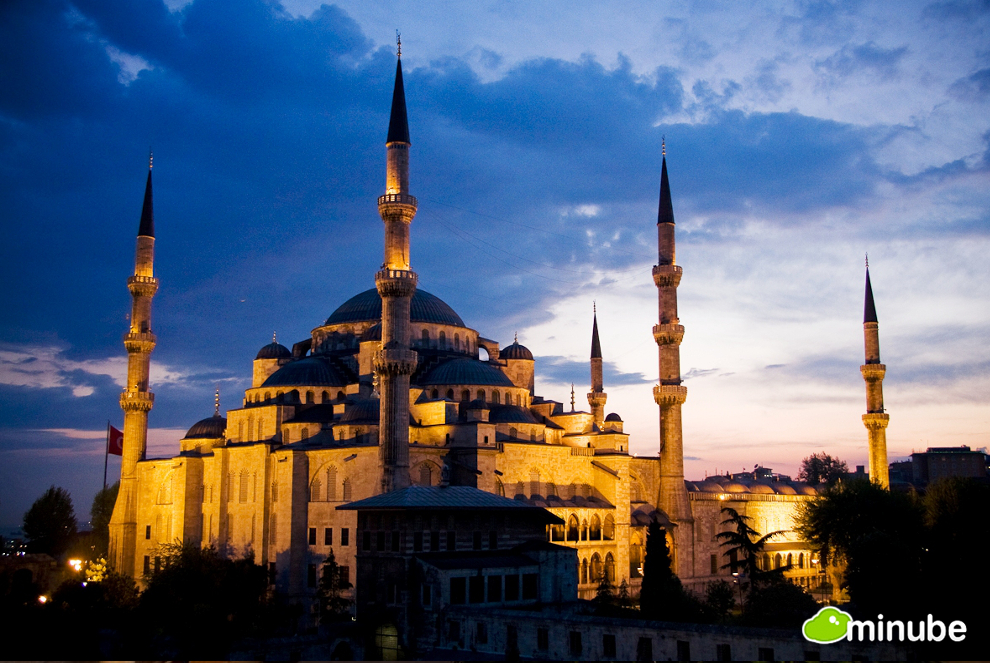 Sultan Ahmed Mosque, Turkey - While most travelers (justifiably) flock to Istanbul's Hagia Sofia, many swear that the Sultan Ahmed Mosque (or Blue Mosque as it's popularly known) takes the cake for sheer beauty. The outside seems like a beautiful but standard example of Turkish mosque architecture, but visitors who venture inside are greeted with an awe-inspiring, cavernous space decorated with over 20,000 handmade blue tiles, stained glass windows, and delicate calligraphy whose grandeur and beauty exceeds that of many of Europe's more famous cathedrals. (Photo by Daniel R. Molowny) 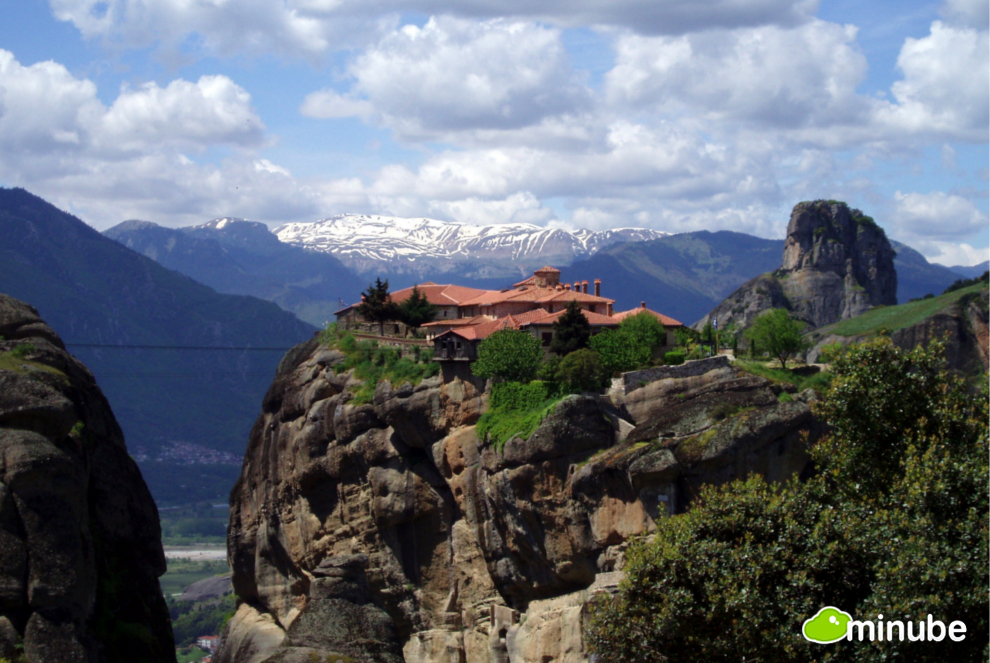 Meteora, Greece - Although this area of Greece has been inhabited for over 20 millennia, Meteora's seven stunning cliff-top monasteries were built in the 1300's as a refuge from invaders and were, until recently, only reachable by removable ladders and cables. Today, though, the monastery complex is generally open to the public and easily accessible by car, but many travelers prefer to hike the area and take in the picturesque views of these sacred structures perched atop the rocky pinnacles of central Greece. (Photo by Jacek Policinski)