Our series of most expensive living artists continues with the Americans. Though our list from this past year, which was also drawn from the artnet Price Database, looked at auctions as far back as 1988, this year's list is limited to the past ten years. Nonetheless, the lists are comparable because most of the auction highs that determine the artists' placement on them have happened just in the past few years. And as you might expect, there hasn't been all that much movement.

Koons remains high on the list, and on our radar, having had his 2014 blockbuster retrospective close out the old Whitney Museum building. Perennial favorites Jasper Johns and Ed Ruscha still hover at the top. 2015 sees Cady Noland move up several spots and another artist join the list anew. Due to the re-structuring of our parameters, Bruce Nauman is notably absent this year—his record at auction was achieved in 2001 with the sale of Henry Moore bound to fail (Back view) (1967), which sold for $9.9 million at Christie's. (All sales are at New York auction houses unless otherwise noted.) With plans for his MoMA retrospective announced for 2018, he might be back on in the coming years.

Jeff Koons tops our list again this year, and his high will likely be tough to beat even in the next few years. Koons's kitschy Balloon Dog (Orange) (1994-2000) sold for a staggering $58.4 million at Christie's in 2013. In addition to having the largest sale during this period, Koons is also the most popular: eleven works from the Pop art prince were among the top twenty lots sold during this time period.

Johns's paintings of unfettered Americana have proven popular with collectors. His Flag (1983) fetched $36 million at Sotheby's New York this past November, keeping him in the upper echelon of expensive American artists at auction.

Ruscha lands in the third spot on our list with a $30 million sale of his text painting Smash (1963) at Christie's in November this past year proving that the artist's Pop art style is continually in-demand.

Wool may have slipped down a spot from last year, but his presence on our list shows his selling power hasn't lost any strength. Untitled (Riot)(1990) sold for $29.9 million at Sotheby's in May, blasting past its $18 million high estimate—and close to $3.4 million more than his previous record for Apocalypse Now (1988), which sold for $26.5 million at Christie's in 2013.

Ryman moves up one place from last year with the sale of his 1980 painting Bridge for $20.6 million at Christie's in May. A Sotheby's sale ofUntitled (1961) for roughly $15 million in November, along with a sale ofLink (2002) for about $11.4 million at Christie's New York that same month, proves his work has been a recent force at auction.

The sale of Bluewald (1989) in May at Christie's for $9.8 million pushed Noland into our seventh spot, up from the last spot previously. The work fetched $3.2 million more than was paid for Oozewald (1989), which held Noland's prior record when it sold in 2011 at Sotheby's for roughly $6.6 million.

Serial appropriator Richard Prince falls one spot on our list, yet his painting Nurse of Greenmeadow (2002) marks a new record for the artist at auction. It sold for $8.6 million at Christie's this past May.

Hammons stays on our list of the most expensive living American artists at auction with his sculpture Untitled (2000), which sold for $8 million at Phillips in November 2013.

Sherman breaks into our top ten with the November 2014 sale of a lot that included 21 her Untitled Film Stills (1977). These early photographs sold for $6.7 million at Christie's. The works, which were initially put together by curator Ydessa Hendeles, were sold from the collection of Mitchell and Emily Rales to raise funds for the expansion of their private museum, Glenstone, in Potomac, Maryland.

While Koons has had the highest sale at auction looking at individual lots, he also tops our list of artists by value over the same period. The artists listed below have the highest aggregated sales over the past ten years, demonstrating a sustained presence at auction. 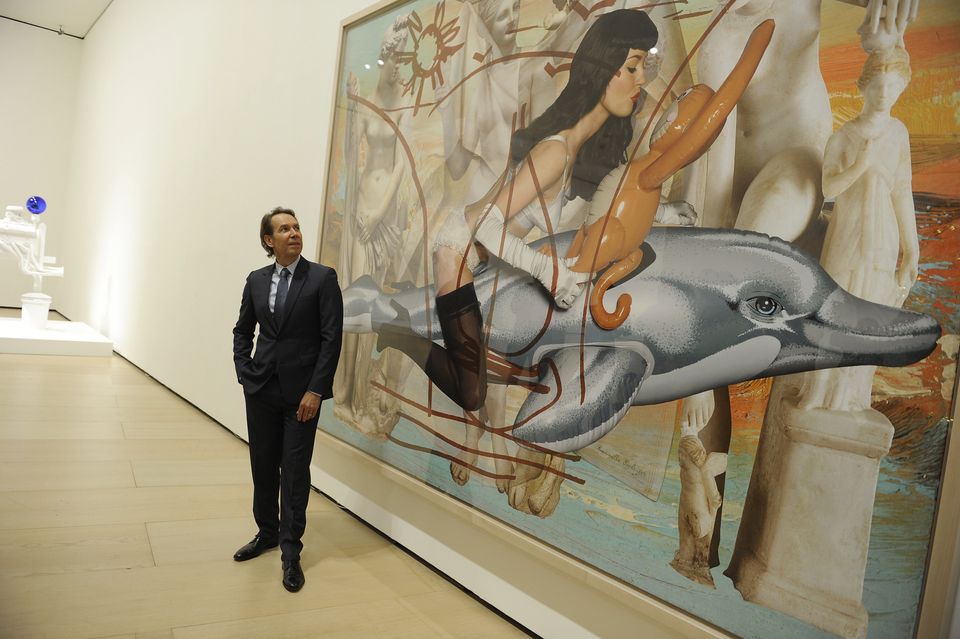