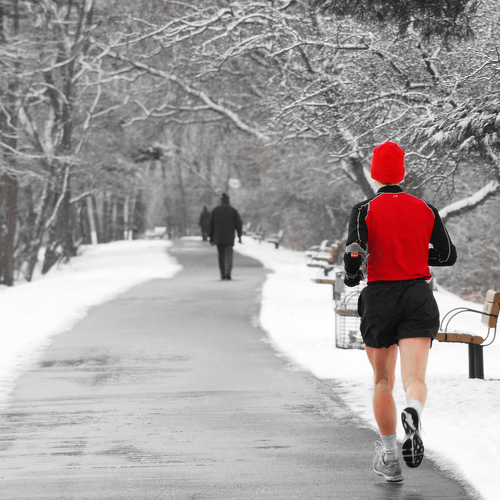 The most consistently striking aspect of this year's top workout songs is their consistently slower tempos. For many folks, "workout music" is interchangeable with "club music." To that end, it's natural that--as club music's emphasis has transitioned from high energy beats to almost tropical grooves--workout music would follow suit. As evidence, consider the fact that the average beats per minute (BPM) of this year's list is 113 BPM relative to last year's average of 132 BPM.

This trend isn't bad news per se. People haven't stopped exercising. Moreover, if songs that wouldn't have been considered workout music five years ago are getting folks inspired now, the rest is irrelevant. Accordingly, at the far end of this spectrum, you'll find spirited singles with double digit BPMs from Pink and Sia. Moreover, the single most popular song in the gym this year--Justin Timberlake's "Can't Stop the Feeling" hits the year's average BPM exactly.

At the same time--if speed is essential--there are outliers. Owen Norton's remix of Flo Rida and Jason Derulo's "Hello Friday" features a tempo well-suited to cardio. Jess Glynne's "Don't Be So Hard on Yourself" is also atypically brisk. Lastly, the fastest track in the list (and second most popular overall) is Fitz & The Tantrums' "HandClap."

Whether tempo is the main factor in your workout playlist or an afterthought, the tracks below provide a few options to score your routine and an overview of what moved folks in 2016. So, if you've resolved to get (or stay) in shape in 2017, here are the 10 best tracks to kick start your next outing--according to 65,000 folks polled on workout music site Run Hundred.

The 20-Minute Workout You Can Do Anywhere
More:
healthy livinglife handbookmusic-to-workoutworkout playlistgood-workout-songs
Newsletter Sign Up
An essential daily guide to achieving the good life
Subscribe to our lifestyle email.
Successfully Subscribed!
Realness delivered to your inbox