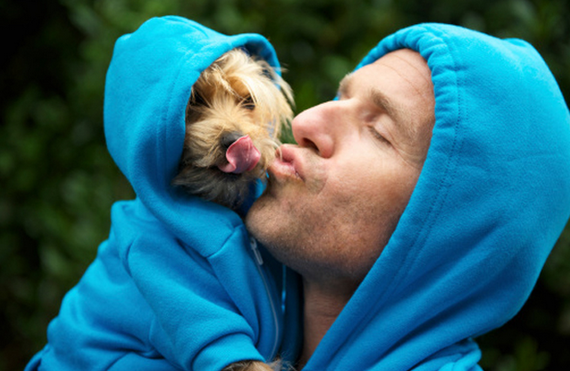 There's just something about having a dog and living in a big city that opens you to experiences you would never, ever have in your life before. I mean never. Like, NEVER, ever.

Especially if that city is New York.

As a pup parent myself (shut up, it's the family you choose, right?) sometimes it's hard to explain to others exactly what this dog loving, poop collecting, explaining to strangers on the street, no, she IS a mix not a purebreed, life I lead. But a few peeps get it. And also, make videos.

Here are 7 vids that nail it when it comes to having a doge in this grand metropolis of New Amsterdam. Not all of them were filmed in NYC. But all of them have that New York, dog-loving spirit at their heart.

Because only New Yorkers would put up a dog that was SET ON FIRE AND LEFT FOR DEAD in a luxury suite with a brain exploding amount of toys and treats. And then let her pee right by Grand Central as part of a glorious montage.

This is totally what happens when you rescue a pup in the city. EVERYONE asks what they are. And then you find out what they REALLY are--and you keep 'em cuz the little bugger has already conned their way into your heart. Damn it.

3. The Struggles of Dogless Dog Lovers

These are for my peeps that want a dog but sadly, by some cruel fist of fate, are not allowed to taste the glorious, pup-urban life. Any Big Apple dwelling, pup-obsessed human who is unable to have a dog does all of these things on the weekend. And sometimes the weekday. And LANDLORDS WHO DON'T ALLOW PUPS ARE FRICKIN' MORONS. Just sayin'.

Um, everyone takes an improv class in NYC. And then puts their dog in a sketch that makes no sense AND makes fun of wanna-slit-your-writsts activist commercials. Because hey, millennials just wanna watch Upworthy shit, #amirite.

5. Weird Things All Dog Owners Do

Watch and be slightly alarmed at the fact that this is basically point for point your entire life because you stay in too much in your teeny, tiny cramped New York apartment with your teensy dog which you named after a flavor-of-the-month food item and you see no reason to go out to an LES bar with overpriced drinks and a bathroom that looks like it might give you Ebola.

This is you every morning commute sans the available seat.

Because New Yorkers don't take shit (literally in this case). And OMG PICK UP YOUR PUP'S POOP! Why? Because the sidewalk is gross enough and 311 is NOT cutting it. Obvi.