For LGBT Americans, 2011 was a year of enormous triumph and hope, with marriage coming to New York, the sixth and most populous state, and the ban on gays serving openly in the military finally gone forever.

But the victories were coupled with some major disappointments and the reality that those who want to stop LGBT rights aren't giving up -- and that the fight for full equality will continue for some time to come.

Here are 12 of the biggest gay political news stories of the year. Vote for the ones that you thought were the most important and then sound off in the comment section below to let us know what other moments you'd add to the list. 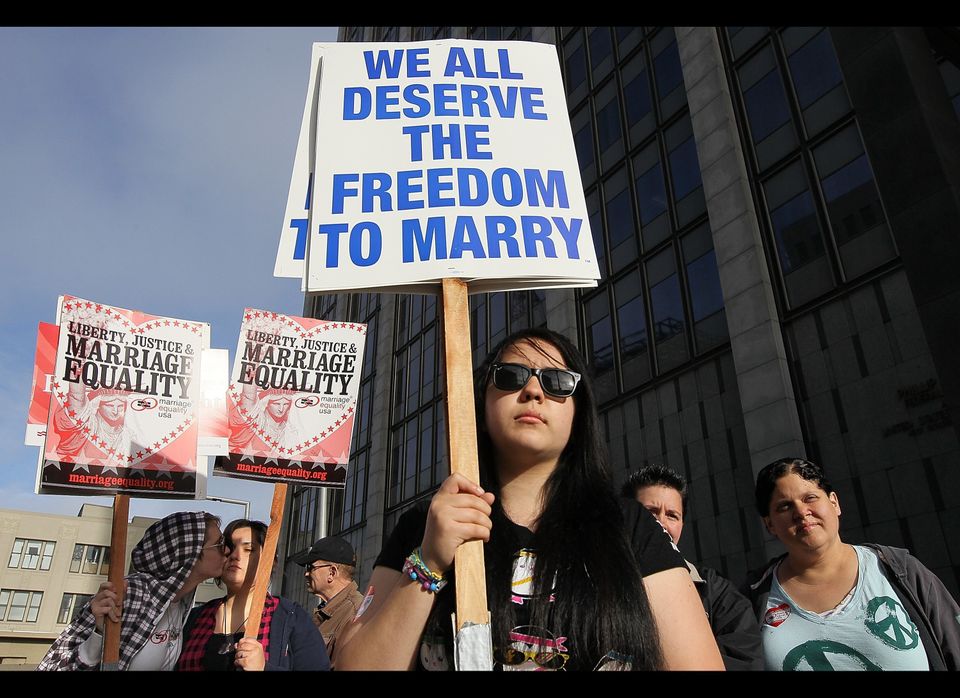 1 / 12
January 2011
The Ninth Circuit Court of Appeals asks the California Supreme Court to weigh in on whether or not proponents of Prop 8, which banned marriage for gays and lesbians in the California Constitution, have standing to challenge federal Judge Vaughn Walker's historic 2010 decision ruling Prop 8 unconstitutional. Ten months later, <a href="https://www.huffpost.com/entry/prop-8-decision-california-same-sex-marriage-ban-_n_1099550" target="_hplink">in November</a>, the state court issues its opinion that the proponents indeed have standing. Legal dream team Ted Olson and David Boise now await a decision by the 9th Circuit on standing and on Prop 8.
Getty Images